Manga Studio has a virtual cocktail

The word manga translated from Japanese means "whimsical pictures." Manga Studio can be used to make all sorts of illustrations. This piece by irmino is called Virtual Cocktail. It is a bit whimsical, isn't it? 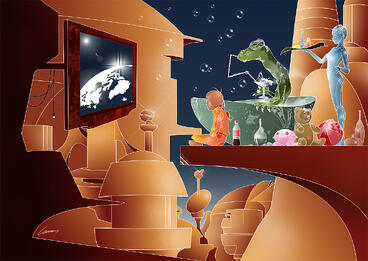 I encourage all comic artists and illustrators to try out Manga Studio. Most of those who have haven't looked back.