Dazed and Confused: One last day at Comic-Con

When the cat's away the mice will play. And that's how the last day at SDCC went for us at booth 5353. We gave away TWO Wacom tablets, a 160 GB iPod, and loads (and I mean loads) of software. What? That's what The Boss gets for leaving early! We never said we were angels. 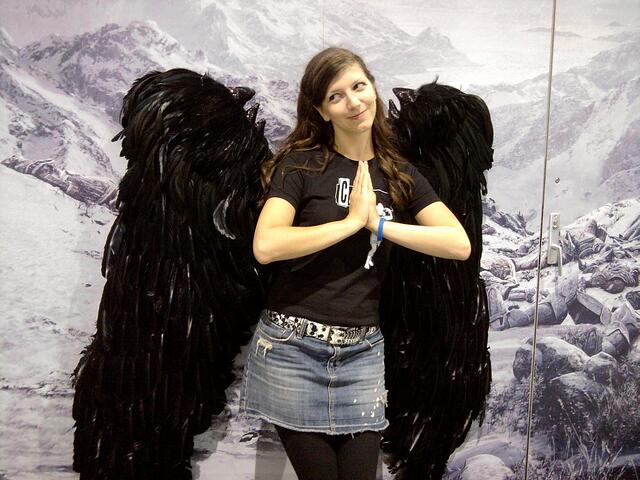 The crew at Smith Micro's booth 5353 was exhausted but in good spirits at the end of San Diego's 2010 Comic-Con. You could say the same for everyone in the building, from other exhibitors to attendees to security guards.

When the announcement went over the loudspeaker that Comic-Con was officially over, there was a collective cheer in the audience. We made it!

Overall, it was an amazing experience. There is such a feeling of good will and friendliness. I've never heard so many people say "Excuse me" or "Pardon me" when they had to brush by me.

I was one of the lucky ones from the Smith Micro booth that got to fly home last night. But several of them headed straight to SIGGRAPH 2010 for another five days of visual delight! Good luck to y'all! I can't wait to see photos.

If you wanna see or read more about our SDCC experience, check out the previous blogs, our pictures, or our Twitter feed to catch up!