And since we had two categories for our Poser Anniversary Image Contest this week and some really great entries, I decided we should have two winners: one winner for the Best Fairy and another winner for Best Woman in a Temple With a Sword.

The winner of the Best Woman in a Temple With a Sword is The Victress, by Jackie (or PropsChick). She was inspired by the female version of her name, Victress. 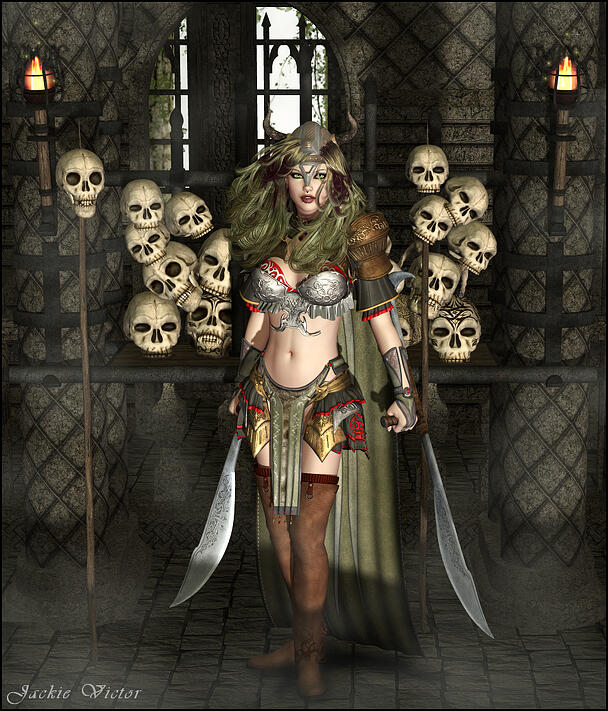 She's been using Poser since 2006 and found out about it through an online 3D world game.

Her favorite feature of Poser is "the content creation aspect. Second would be the ability to work with such a wide variety of content and mix them together as I did in the image."

The winner of the Best Fairy is Woodland Radiance, by Candace. Her inspiration came from a fairy figurine at her friend's house.

"Everything else just came as I worked. I find that if I have a strict idea of what I want for an image, it never turns out the way I wish," she said. "I start with the vaguest idea and let it grow on its own." 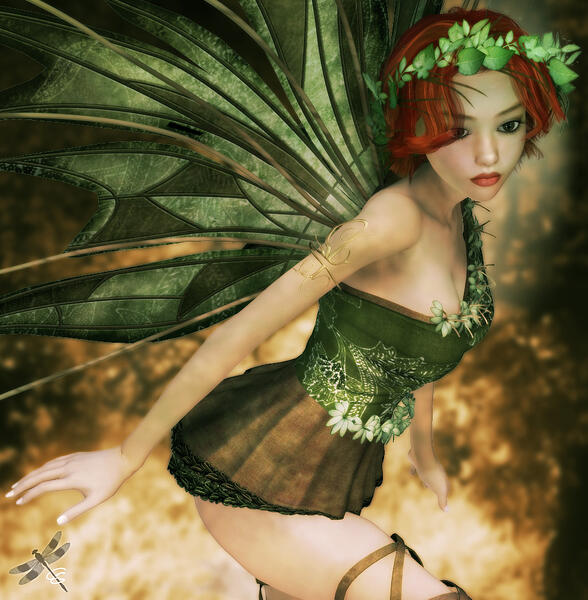 Her favorite feature in Poser is Image Based Lighting, and when I asked what her preferred superpower would be she said she was wavering between flying or breathing underwater. She settled on flying, which is great, because then I could take the underwater breathing ;)

Congratulations to Candace and Jackie! If you want to see all the entries for last week, you can check them out here. Remember you have until Sunday night at midnight to enter this week's contest: Best “Faces of Poser” Portrait/Headshot Image. Submit it here and be sure to include "Faces of Poser image contest" in the specific software field.

Check out the contest's upcoming themes. And a clarification: The Best Self Portrait should be created in in Poser. Please zip it in a file along with a photo of the artist as a comparison. Thanks for all the images so far. This is really a lot of fun for us!