When I'm at a restaurant I have trouble choosing just one thing. But I want the shrimp cocktail and the burrito. Why do I have to decide? And sometimes the revelation comes to me: I don't have to! I'll get them both!

That's what happened with this week's image contest, Faces of Poser/Portrait Image. We had a tie between two images, and I asked Poser Product Manager Steve Cooper to break the tie.

"What a great set of images to pick from," he said. "I love how they're just so different. I can't say which one is better." He didn't want to pick, so I suggested that both of them win.

The first is called Zona Sul by Kalypso, who's been using Poser for more than 11 years.

The inspiration? "Lately I've been playing with reflections in Poser especially for windows or other surfaces and was listening to music when I heard the 'Girl from Ipanema.' That's when I got the idea to show a portrait in the sunglasses." 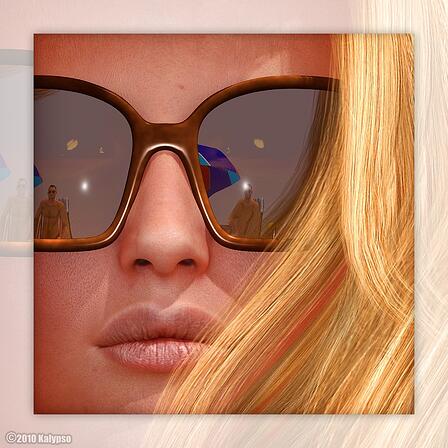 I'll admit, I listened to the song. Kalypso also wanted to say, "I'd like to thank bagginsbill for sharing his work with us in the community. I'm aware of his contribution to the Poser library but for me it's his work on shaders and lighting that has made all the difference in my images. In Zona Sul I've used his environmental sphere and skin shaders (VSS) both of which I find enhance the realism of my images."

The other winning image is Wacantognaca by Michael Michaelson who's been using Poser since 1997 thanks to a former colleague who introduced him while working in graphic design.

His inspiration for Wacantognaca, which can also be spelled Wacantognaka and means generosity in the Lakota language, is "the beauty and proudness of the Native American people." 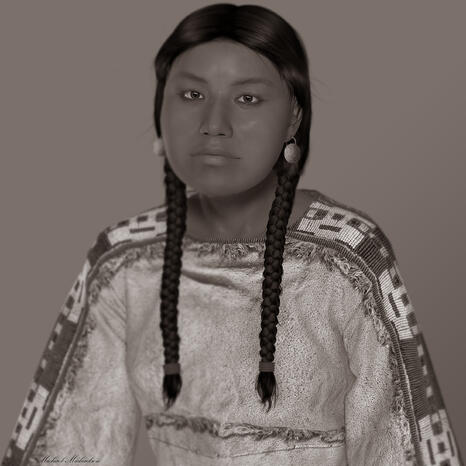 Michael loves the Poser community, the software engineers and Poser. "One of my favorite features of Poser is the outstanding workflow! It makes it easy to work the whole way with an idea, from start to finish. I love it!"

Our Poser image contest has really brought together some amazing images. You can check out all of the submissions here. If you're interested in submitting for the rest of the contests, check out the themes and rules.

One thing I didn't make clear and will apply only to the final two weeks of the contest is that only one image submission is allowed per person. I was a little lax on the rules before because that one was only listed in the blog comments.

All submissions will count for this week's theme, Most Unique Poser Image.

Thanks for playing everyone!