According to Merriam Webster, the definition of unique is "being the only one, being without like or equal, distinctively characteristic, and unusual."

This week's competition was really fun because we got to see a lot of different kinds of images made with Poser.

This week's winner is Furious Flurry by Tessalynne who has been using Poser for about four years.

"Furious Flurry was actually born from my personal struggle to come up with a 'unique' Poser image. We are such a varied group of users, that I was finding it very difficult to come up with an image that I hadn't seen done by someone before." 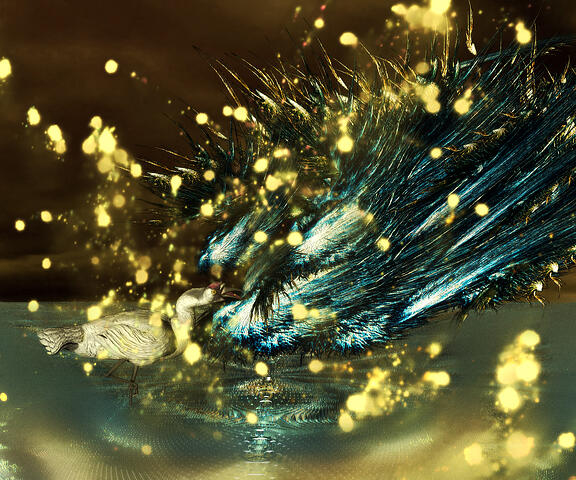 When I asked her to pick her favorite thing about Poser, she had trouble choosing just one. She loves IDL, the material room, and the stability of Poser. "I have several applications that I use, but Poser is the only one that I can literally have open for days working on a scene without having crash issues."

It's definitely unique. Congratulations Tessalynne and enjoy Poser Pro 2010! Check out all of the submissions for our Most Unique Poser image. Different is good :)

We still have two weeks left in our Poser Image Contest. Next week's theme is Best Self-Portrait Image. Zip your image, along with a picture of yourself (it doesn't have to be an exact match), and submit it here before Sunday at midnight. Don't forget to note in the Additional Credit, Figures or Content Shown field that it's for the blog contest!

Thank you to everyone that has participated so far! And if you're into writing and want to win some ridiculously cool prizes, check out our 15th Anniversary Contest.