Poser's evolved: A picture's worth 15 years

I'm a birthday person. It's the only day that's truly your own holiday. What's not to love about it? I frequently joke that the month of my birthday is my birthday month, which is why I think that spending September celebrating Poser's 15th birthday is completely appropriate.

The final theme of our image contest was 15 Years of Poser, and John Hoagland took the prize with his image Poser Evolution. He was looking to make an image similar to the famous Evolution image. Of course, he had to put some clothes on those figures ;) 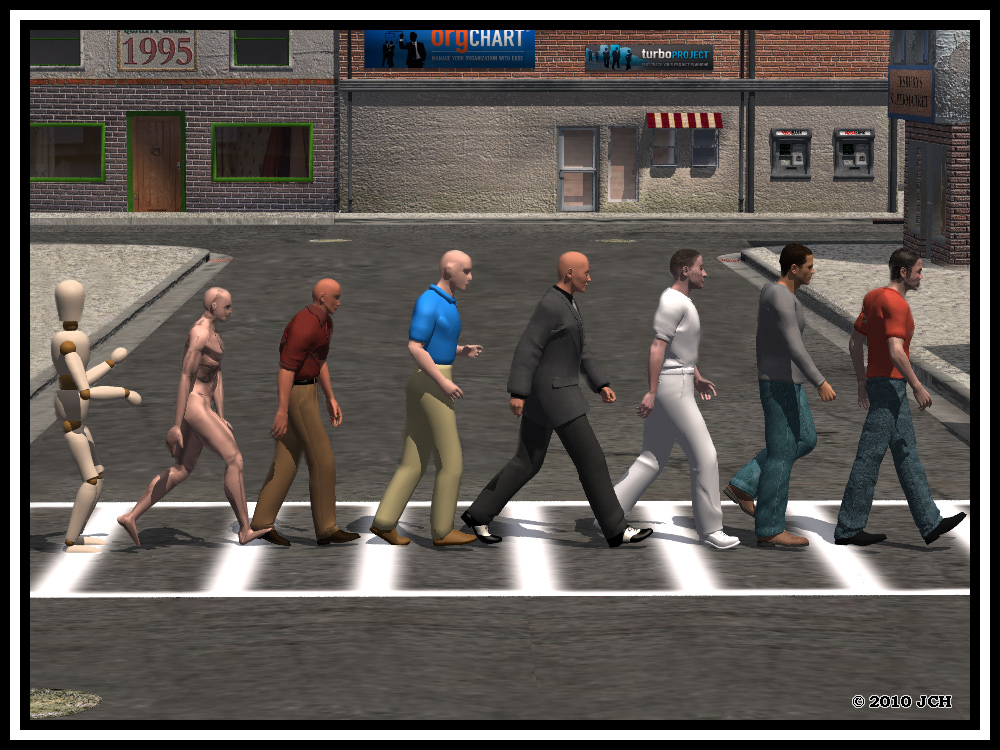 John has been using Poser since 2000 and helped beta-test Poser 8. He echoes the sentiments of many people who love Poser: "I could never draw
people, so being able to make artwork with people who actually look
like people is great."

Check out John's tutorials with Poser. Congrats John on winning Poser Pro 2010! And thanks to everyone who participated in our image contest! We had more than 140 images submitted! See all of the entries. Thanks for playing folks! You made Poser's birthday month fabulous and fun!

Wondering about more contests? Check out our new promotions and events calendar for the latest news!