Being creative and original isn't easy, especially when more than 300 people are doing the same project you are. But I knew I could count on the Poser community to provide me (along with three other judges) some great essays on how much they loved Poser for its 15 year anniversary. 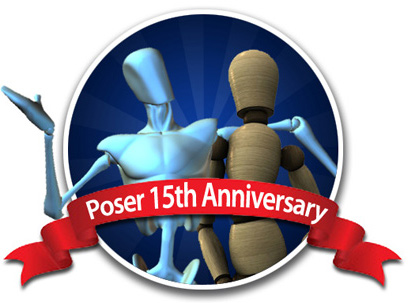 The winner of the MacBook Pro, 64 GB Wifi iPad, and loads of software is PJ Friel-Edwards, who in addition to writing an excellent essay, has done some great things with Poser, one of which was in our gallery. 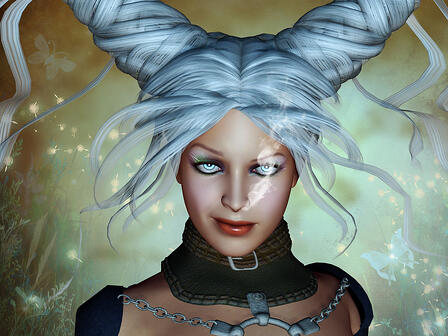 Here's the essay that won her all that cool stuff and had the office talking:

Some people say that Poser is a 3D design and animation software, but I'm here to tell you that Poser is a weapon. You laugh, but to you I say...Shut it. This is serious business.

Since I was a child, I have been tortured by that nefarious of all creatures - The Stick Figure. Taunted by their misshapen heads and gangly limbs, I have suffered greatly for my inability to draw them. Many were the days spent lying prone on the floor of my elementary school art room, hiding my eyes as little twiggy claws poked me and pointed at their mouthless faces. They are the stuff of nightmares, I tell you.

But no more! Now, because of Poser, I have become the Commander of an Army of...well, one. But I'm recruiting! (Email if interested.) And when I get enough soldiers, Stick Figures will tremble before our mighty mouse clicks.

I suppose if you're one of those namby-pamby sissy types, you'd take this moment to point out how Poser has enriched your life and given you an outlet for your creativity. I don't really do "mushy." But I am proud to wield Poser. She's been my weapon of choice for a few years now.

Published book covers and an editor job at an online magazine - neither of those things would have become a reality for me without my trusty Poser. And when I'm heading into the art zone, you can bet Poser is fully loaded and riding my hip. Together, we can DOF a Stick Figure into blurry oblivion without even breaking a sweat. Frosty.

We sent it around the office and everyone got a kick out of it. When we told PJ that, she replied, "That is so awesome! I can't stop smiling. I mean...how cool is it that the whole office at Smith Micro is reading my story? I feel like I just topped out on the Best Sellers list."

Hee hee I love it! Thanks PJ for your awesome letter! And thanks to everyone else who entered. I'm going to publish the 2nd and 3rd place winners in the next week, so keep your eyes peeled for those. Thanks again! We're overwhelmed with the love we received. It's gonna keep us warm and fuzzy all winter long!