Anime Studio gets the gig

The phrase It's not what you know, it's who you know always made me a little sad when I was younger; what about all the people who were really talented in their respective fields but didn't know anyone?

As I got older and found out more about social networking (Famous last words: "What's Facebook?") I realized that who you know is all about how bad you want it. The Internet made the world smaller and social networking made it even more tiny.

One of my animator friends Okse told me about and exceptionally talented animator Mike Booth. I contacted him to see if he would like to try out Anime Studio. He agreed to try out the software and reviewed it on his blog. My favorite part? "Okay, I'm officially impressed." You gotta read it. He's pretty funny too, if you're into that sorta thing. 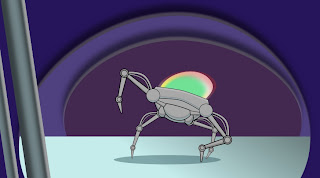 Since Mike's review, he was commissioned to do a commercial for Psonar, which is a pretty sweet music service. How did he get that gig?

Richard Urwin from Psonar gave me the lowdown: "We were referred to Mike Booth by a mutual friend – actually one who used to live with his brother, my ex-boss (Pete Booth) when I worked for Autonomy PLC."

"We knew we wanted a cool, funky animation, but left the means by which that was achieve to Mike Booth," Richard said. "We’re very happy indeed with the result. It’s exactly what we wanted!"

So maybe it is a little about who you know, but what you do with that is what really matters! Nice work Mike :) You can read more about Mike Booth at his artist profile.