Kids and Sock Puppets are a natural fit

Recently I’ve been chatting with some artists who also like to write. The result? Guest blogs! This is the fifth in a series, written by Okse.

Being a parent is a marvellous thing. You hold them in your arms, you feed them, water them, sometimes you stare at them thinking to yourself “Wow, I made that.”

As they get older they amaze you and you tick off their tasks. Yep, he’s done the crawling, the walking, the grabbing onto stuff that he shouldn’t: “No, that’s Daddies phone, it’s not food!”

Then there’s the talking. The day my son called me Daddy was one of the greatest days of my life, until he pointed at a bin and said “Daddy.”

My son is 11 now, and the main conversations we have start with “Dad, can I go on your laptop?” and now most recently “Dad can I play with your phone?” Play with my phone? Technology has become so advanced the phone has now become a play thing that actually makes calls.

My son loves the games on the iPhone. When I get it back off him I look and see that the screens are loaded with various games, I’m like “Son, why have I got Farmville on my phone, don’t I get pestered enough on Facebook!”

As some of you may know, I love my Anime Studio, so when I found out that they’d brought out an app, I was straight on the App Store. Now most apps that record your voice are pretty rubbish so as much as I love the folks at Smith Micro, I wasn’t expecting much.
I was surprised. I downloaded it and had a quick play, I thought “This isn’t too bad” and then put it down. 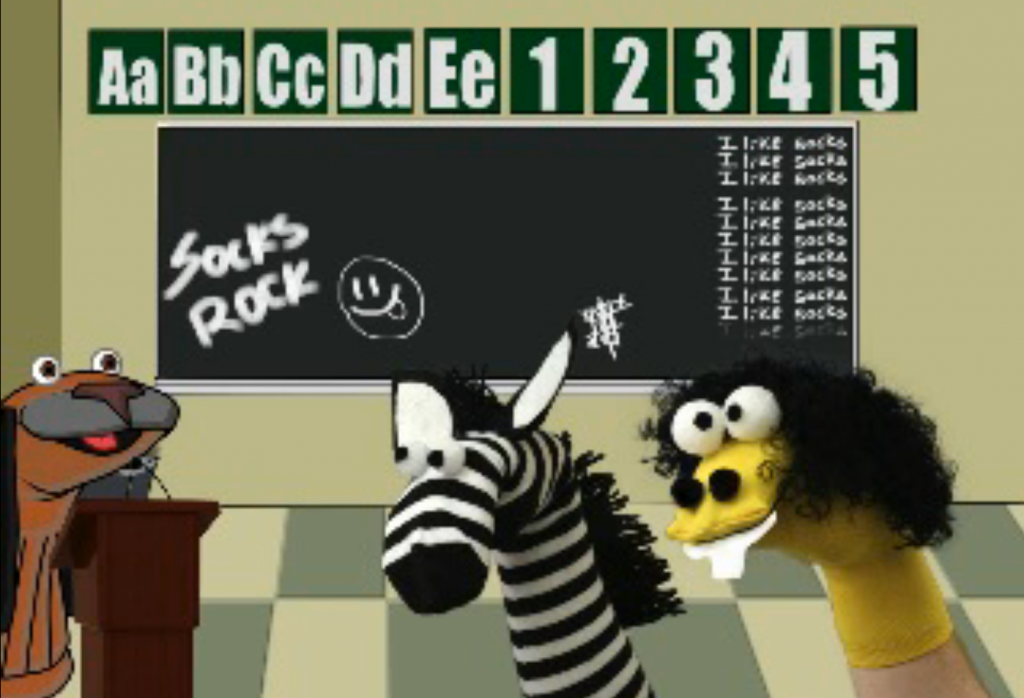 Joe got hold of it and started to play, I could hear him acting out various characters; it felt like he was 6 again acting out with his action figures.

He passed me the phone and I had a look he had improvised a little 30 second movie called “School” and it had me in tears (of laughter).

This app gives kids and adults the chance to use their imagination and it's free with an option to add new characters and extend your recording time. So I do recommend this app, it’s fun and user friendly and you’ll be surprised what your kids will come up with. I certainly was. My son is a comedy genius!

So expect more adventures from the Sock Puppets from Okse Junior.

Thanks Okse! If you’re interested in writing a guest blog about art with Smith Micro software, you can contact me with your idea and art at webmarketing@smithmicro.com.