The Primer on Poser Debut 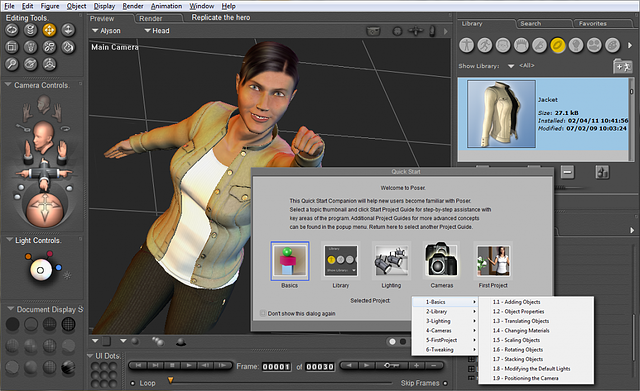 Some good questions have surfaced out of a lively forum dialogue about our new Poser Debut offering. Experience says that a blog can be a better place to deliver answers, so it doesn’t get buried on page 6 of 20 and can always be linked to from any forum or social media outlet. So here goes.

We have a fantastic blueprint for success for Debut. Both our Manga Studio and Anime Studio product lines include entry level Debut offerings that have hit the mark in many ways. Both have drawn in abundant new users in complement to the advanced version users. Both products are very successful in impulse driven retail channels which require hard goods including Amazon, Best Buy and the Apple Store. Both offerings use inspiration and compelling, fundamental features to provide an affordable entry point into exciting new worlds (comic book creation and 2D animation). Both generate enthusiasm in a new casual customer that has likely never heard of the product before it. Both products also are a great launch pad to bring new users into the full versions, as those new users leverage their experiences and upgrade to the full version. Among my favorite, both are wonderful ways to introduce the product to young, aspiring creatives; in organized academic programs or for those wanting to self-teach.

Now that you see how we arrived at our strategy, here’s how we designed Debut to hit on those same points. We carefully chose a subset of Poser 8 features which we felt would provide a fulfilling experience for new users and make Debut simple to master. Once that basic feature set has been mastered, their experiences will be directly transferable to both Poser and Poser Pro if they decide they want more. We priced Debut at a sweet spot price point that has been proven to work in all the retail channels listed above. (By the way – free product doesn’t ever make it into those commercial channels). We’ve also setup an upgrade path for Debut users to transition into Poser and Poser Pro. To add academic value, we redesigned the in-app Project Guide and included a series of tutorial videos to teach both the basics of 3D and the basics of Poser. To help new users get started right away, Debut includes a paired down version of the Poser 8 content set - approximately 2GB of content. Debut contains 72 figures total, with Alyson and Ryan from the new family of Poser 8 figures and legacy figures from previous versions of Poser.

Differences between Poser and Poser Debut
I’ve created a detailed matrix that compares Debut to Poser and Poser Pro. Distilling that matrix down, Debut uses the new UI and Library of Poser 8, without the Face, Cloth, Hair, Set-up and Content rooms, with only basic material editing and without manual render setting controls or full python support.

Debut will open up scenes which include Advanced Content, but how it handles that content depends the content type. For more detail, I’ve also included the Advanced Content handling matrix below. The choices made in the handling method were guided by which tools were included in Debut and how much those advanced attributes would matter to the new users we designed Debut for. Simpler is better.

To directly answer questions concerning upgrades, Debut would not be a logical upgrade from Poser 5, 6 or 7. The Debut feature set is designed to meet the needs of the beginning Poser user and contains a reduced subset of Poser 8 features. If you already have experience with Poser from another version, we recommend that you upgrade to Poser 8 or Pro 2010.

Poser Debut’s intended audience are brand new users who might be a little intimidated by 3D, who have been inspired by games or movies to try out something new in 3D, to play, to enjoy, to dip their toe in the 3D graphics pool. If you’re a Poser fan, and have been thinking of turning friends or family or students onto Poser, Debut is great way to do so.

If Poser Debut can follow in the footsteps of Manga Studio and Anime Studio’s Debut products, then we’ll have a winner on our hands and a slew of bright eyed, enthusiastic new Poser fans in our midst.

Here's a few more images of the Poser Debut product: 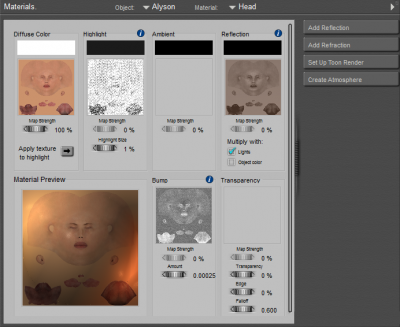 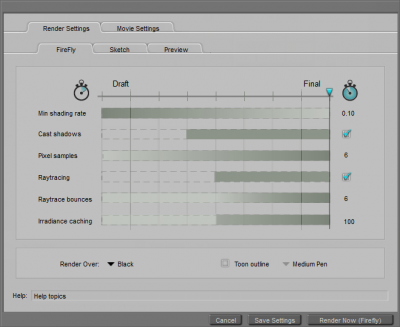