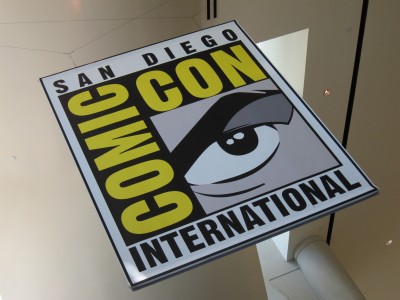 We have returned from another year of five fantastic days in San Diego celebrating the wonderful and the weird of popular culture. Were you able to score a ticket and elbow your way through the crowd to swing on by? If not, check out some of the first day highlights below. 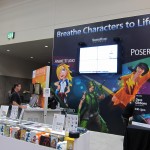 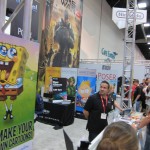 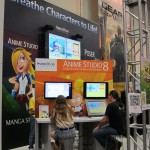 The Smith Micro booth looked amazing. SDCC attendees were able to check out demos and ask questions about new Anime Studio 8, Manga Studio and Poser and get some amazing show specials. (If you act fast, you can get the same show floor deals through July 31!) 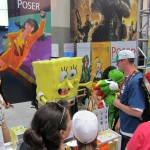 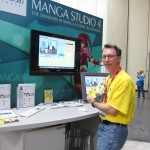 We also celebrated the launch of the new SpongeBob SquarePants Tooncast Studio product with a special appearance by SpongeBob himself. Visitors young and old learned how to make their own SpongeBob cartoons and posed for pictures with our guest star! 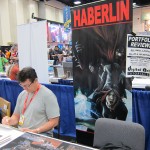 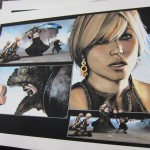 Long time Poser artist and Artist's Alley veteran Brian Haberlin was sharing an advance look at what he's calling "the first coffee table graphic novel." He showed off how he uses Poser as part of his workflow to create his comics during his Thursday panel "Comic-Con How-To: Advanced 3D/CG Comic Art Techniques" and gave away some Poser T-Shirts and copies of Poser software to a lucky few. Did you happen to catch it or win a prize? If you missed his panel, check out the webinar he did last year on "How To Create Characters with Character in Poser." 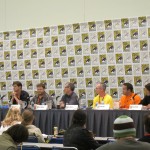 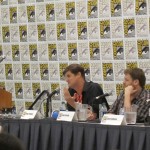 Smith Micro sponsored it's own panel on Thursday on how to "Join the 2D Animation Revolution." Dave Gibbons, Ethan Nicolle and Doug TenNapel joined Jim Myrick, the CEO of NetToons, and our own Steve Yatson and Fahim Niaz to discuss the current 2D trends and give tips to animators looking to build up their fanbase. 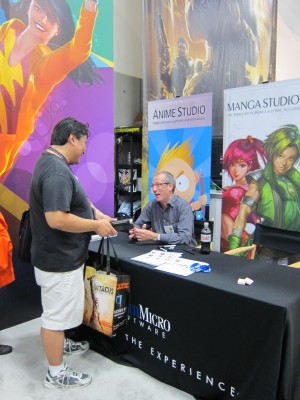 Making an appearance for the second year in a row, Dave Gibbons made his way back from the panel to our booth to sign some autographs for some dedicated fans. (Some had waited in line over an hour to meet the Watchmen creator!) 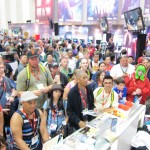 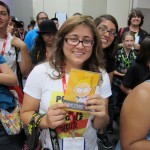 The crowd was thick and energetic for the raffles. Smith Micro held daily drawings for free software and even gave away an iPad. Congratulations to our winners! 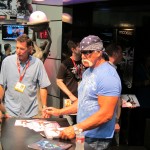 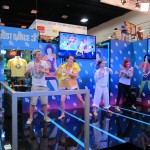 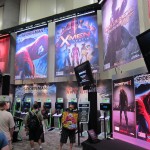 Did we mention Hulk Hogan was at the booth right next to us?! You never know what sights you're going to see on the show floor.

Whew! That was one crazy start to the show...and we had 3 more to go. Did you go? What did you do the first day? What did you think of the show this year?