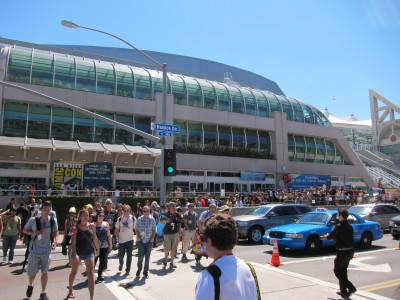 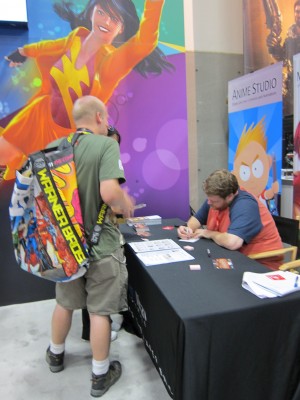 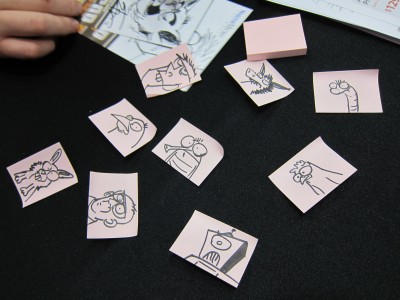 Ethan Nicolle, one of the creators of 'Axe Cop' and a Manga Studio user, stopped by our booth to sign some autographs and draw some doodles. Ethan also appeared on our Thursday Panel about the 2D Animation Revolution. Check out this great interview that Ethan did in our booth with Geek Girl on the Street. 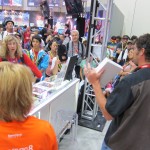 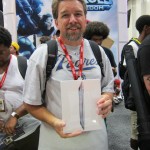 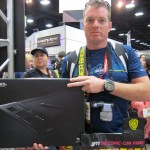 The raffles continued and winners walked away with an iPad, a Wacom tablet, and tons of free software! 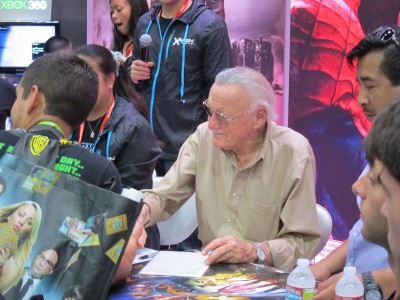 Comic great Stan Lee was at the booth right next to us signing autographs on Friday. We couldn't miss this opportunity, so one of our staff made friends with the head security guard and got permission to slip a copy of Manga Studio up to Stan's assistant. We can now say Stan Lee owns Manga Studio and had one giddy staff member all afternoon. ;) 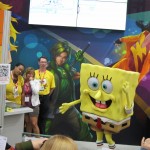 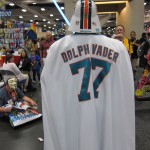 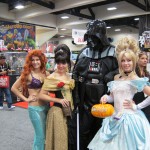 SpongeBob was among the stars on hand at the Con on Saturday and made another appearance in the Smith Micro booth to support the new release of the SpongeBob SquarePants ToonCast Studio product. 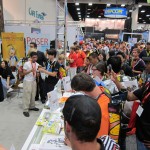 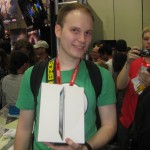 Saturday and Sunday we had even more raffles and gave away even more prizes! We were stoked to see one of our Con regulars walk away with the iPad on Sunday too!

Another Manga Studio Pro, 2011 Eisner winner Skottie Young signed in the Smith Micro booth on Saturday. A BIG congratulations on taking home TWO Eisner's for his work on 'The Marvelous Land of Oz' - Best Penciller/Inker or Team, and Best Adaptation from Another Work. Comics Alliance also called out Scottie in their feature on Best Art Ever (This Week) - Comic-Con Edition for his Hellboy drawing. Great work!

Sunday brought 'Ratfist' and 'Earthworm Jim' creator Doug TenNapel away from his booth with Ethan Nicolle to the Smith Micro booth to sign some autographs and do a little demo of the Manga Studio software.

In addition to all of the great customers that stopped by, we are grateful for all of our guests for the time they spent in the booth this year. Another giant THANK YOU to Dave Gibbons, Ethan Nicolle, Scottie Young, Doug TenNapel and the SpongeBob Squarepants/NetToons team for helping us out this year. Our entire team had a blast and can't wait to do it again!

Well, that about sums it up for this year. We are already counting the days until we return next year. Did you already buy your advance tickets on Sunday? Are you planning your costume yet?

If you couldn't make it this year, or just blew out your budget before the end of the show, you still have a couple days to take advantage of the show specials online until July 31st! Don't miss out!