Did we really announce Poser 9 and Poser Pro 2012 yesterday? 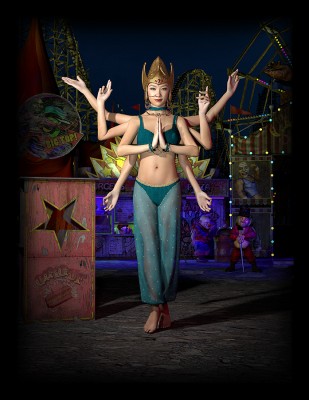 "Finally, THIS is what I've been waiting for."

The last 24 hours have been a whirlwind...it's hard to imagine that it was just yesterday we were finally able to to tell the world that Poser 9 and Poser Pro 2012 are coming soon. (Weren't we just releasing Poser Pro 2010?) The initial response to the Poser 9 & Pro 2012 information has been overwhelmingly positive and we are excited. Our teams have been hard at work to bring the release of both versions together simultaneously and now we are counting down until launch day! 40 days to go!

Join the Discussion about Poser 9/Pro 2012

Have you popped into the Official RuntimeDNA Poser 9/Pro 2012 Forum to share your excitement? We've got dozens of Smith Micro staff, fantastic artists and beta testers hanging out, showing off renders and answering your questions. See what Les Garner of Sixus1 has to say about his experience so far.

Pre-sales start on August 17th and both versions will be available on September 20th. You can check out pricing here.

Check out the coming soon page and get ready for what's coming next!