Poser is about the People - Part One

You're going to have to forgive us for a couple pretty long, sappy, sentimental posts today - yesterday was a special day for a lot of people. After six long weeks of anticipation since our announcement, yesterday Smith Micro made both Poser 9 and Poser Pro 2012 available to the public. It's been an exciting time filled with lots of forum discussion over at RDNA, where dozens of testers and ambassadors stepped in to set a new standard for community collaboration. Our web team was up late at night to roll things out ahead of schedule, and our support teams kept the midnight oil burning to catch any first issues - only to be back at it early in the morning to set a new record for rapid response.

While there will always be hiccups, this has been a great start to a great release...and since many of you are sitting patiently at your computers watching download progress bars still, we thought we'd give you something to read and wanted to share a few things about the people behind the Poser product with you.

For the rest of this post, I'm going to hand the blog over to Steve Yatson, Senior Director of the Productivity and Graphics group.

In the early 90’s I attended a now defunct animation school in San Jose, California. (Not a good school by any means and if there were ever a reason to lie on a resume, omitting this school would be it.) While attending the school that shall forever remain nameless, I was exposed to a new phenomenon - Computer piracy. It was awesome and everything was free. Students rampantly copied, recopied, distributed and redistributed software on floppy discs and CD’s. By far the favorite application of all was Poser. It was the talk of the school and it was common to see it on screens before, during and after class.

I don’t remember how I got a copy, but I was hooked on first launch. It was incredible. I remember a fellow student looking over my shoulder and saying “wow, you can move the guy in real time, bend his elbows and stuff”. I had no idea what “real time” meant and was just happy to be looking at a manikin that I could pose and draw from.

So yes I’ll admit it, not only was I an early adopter of Poser 1.0 but I was also one of the first to pirate it. Starving student excuse, yadda yadda. It was wrong, and I also have to admit that I’ve never purchased a copy of Poser. In my case however, I’ve poured years of my life into the product so I’m extremely proud of that fact.

During my last trimester, I was fortunate enough to befriend a guy that had befriended another student, who’d befriended someone that worked at Ray Dream Inc. in Mountain View, CA. Through that grapevine I was offered a thirty-day contract as a software tester. At first I said no, as I’d moved to California from Ohio with big dreams of working for Apple as a creative genius. After a few calls from them I gave in, and unbeknownst to me, Fractal Design had just purchased Ray Dream. Fractal Design was the first publisher of Poser and I immediately requested a stint on the Poser team. As dumb luck would have it, almost 20 years later, here I am, still with the Poser team and still on that thirty-day contract. 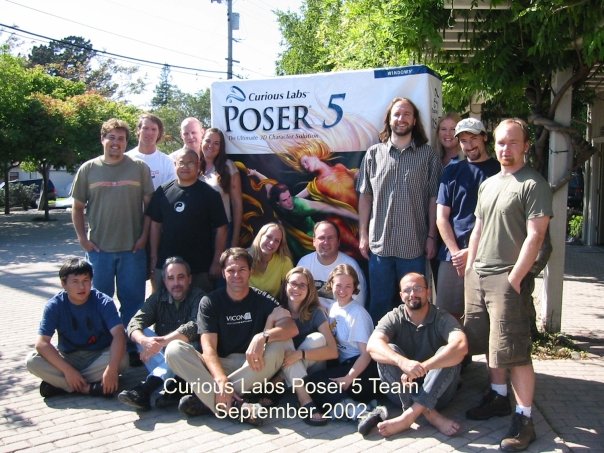 I probably have year’s worth of stories about the people alone. Flashing back to when Karen Cooper thought it would be a good idea to order 2500 branded boxes of breath mints as trade show swag and store them in the office for a few weeks beforehand and the office ants hit the jackpot. (We spent the rest of the week dumping out the mints and gifting empty tins at the trade show instead!) There’s also a funny story about the day that Joe Grover decided to put Snap-N-Pops under the toilet seat in the women’s restroom or the time at Siggraph Boston with Syyd, Colm and Darrell Glidden at Dick’s Last Resort trying to out eat each other, or this year when we assembled boxes of goodies for the troops all over the world. It’s been a fantastic trip! 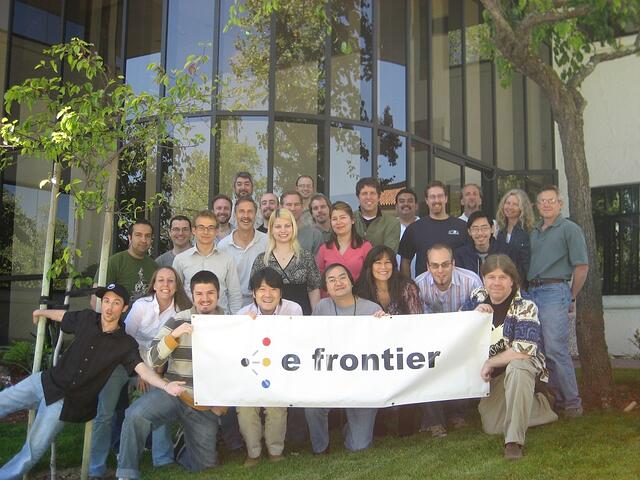 We've always been a family and most of the Poser team has been with the product for almost as many years as I have. There’s this perception that there has been a lot of turnover on the team every time we’ve had a new corporate owner. There are currently 11 team members that have been with the product since at least 2001 - that's more than half the team! You just don’t see that much anymore. Many of us have taken leaves to do other things from time to time but we seem to come back more often than not. At one time I worked for Steve Cooper. I left and went to work at a fairly successful start-up that is now part of Microsoft and now many years later, Steve Cooper works for me as the Poser Product Manager. 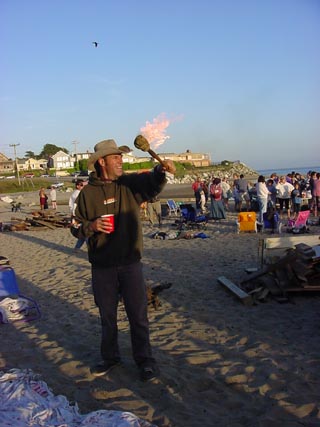 I once asked Larry Weinberg (the original creator of Poser) how he’d been able to do the same thing for so long and he replied, “I have other options?” But less than a year later he was working at Adobe! Thankfully, that didn’t last long, he’s been back with the team for several years now and his experience at Adobe has made the product and team better. 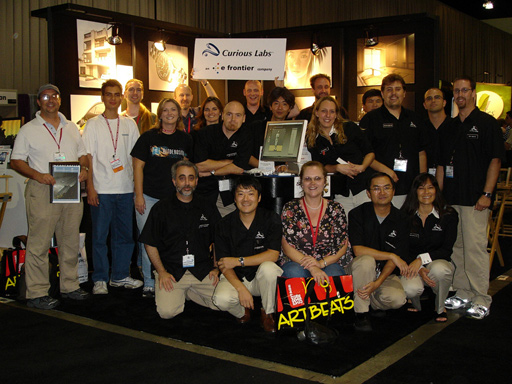 There’s just something about Poser that makes you cling to it. Whether you’re a user or a developer. You chain up a personal attachment to the thing and to the content, and to what you create. That doesn’t happen much with a lot of software, at least not in that same deeply personal way. Although many of us have taken a break from time to time, I think this is why all roads seem to lead home to Poser.

From Fractal Design, Metacreations, Curious Labs, e Frontier, and then to Smith Micro, we have remained a family. Not just the development team but also our customers and our community members. What most don’t realize is that although our corporate moniker has changed, the Poser family still remains. I truly believe that this is why this release will again, be our best ever.

There are a lot of people that put a lot of hours into designing the graphics, building, financing, selling, and supporting Poser. We're going to talk about them in Part Two of our love fest, but we have a small team of people who spend their largest focus on building the Poser product and community around it and want to acknowledge them below.

Did you know Larry started writing the application in 1989?! That's almost 22 years of Poser on the planet. Just like Steve Yatson, many of our staff actually used Poser for years before they came on board! Read about how some of the other people found their way to Poser:

I started as an intern at Egisys at the end of 2000 where I was mostly embedding Viewpoint content in websites, some of it was created in Poser. I then applied for a followup internship at Curious Labs and very briefly met Larry, Cooper and Seth when they were on a visit to Tübingen. September 27th 2001 was my first day at the Curious Labs office. 10 years next week! - Stefan Werner

Met Seath Ahrens at the UCSC job fair in the spring of 2000 I think and began work at the Curious Labs office in July. I almost took a job as a tech writer at a .com startup that went belly up less than a year later. Crazy! I’m sure glad the tech gods were looking out for me. - Jack Walther

I was around the community since I started using Poser back in 1998 with Poser 3. I skipped Poser 4 and jumped to Poser 5 for Christmas 2003. I started in 2006, March 20th CP Anniversary Sale, with e frontier. - John Csaky

I came on in June of 2004 to fill in for Rat in tech support while he took a much-needed vacation. That was after the release of Poser 5. - Colin Gerbode

I actually started using it with Poser 2 (we had Poser 1 but didn’t really care for it) to help with album cover layouts and was hoping to use It for comic book work. Never thought I’d end up working on creating the app itself. - Teyon Alexander

Based on my experience with Illustrator Yatson offered me a contract with Metacreations in '97 to do QA on a very short lived project called Expressions 2. Less than a month when that project was cancelled he then asked me if I would work on Poser 3. Of course, I nodded and quietly said, "yes". But in my head I was really saying, "Hell yes!!!" - Brian Romero

Whew! And that's not even all of it! Watch for Part 2 all about the rest of the people behind the product over the years that have come and gone and all about our Smith Micro Family!