We want this blog to be about the fun of creating your own characters with cartoon software, or using 3D models to tell your digital story. Last month, the graphics web team decided we wanted to host a regular, but not very serious art contest in the blog to help liven things up around here. We just want to have fun creating art together, with a bunch of silly prizes and a silly theme where everyone who works with Poser, Manga Studio and Poser can join in together and make silly things.

We put out a call for you to create your own superheroes and a variety of entries flooded in with top candidates to save the world. We had an Anthro-Hedgehog with a light saber and one artist made their first attempt at drawing shoujo manga rather than their usual shounen style manga. We couldn't believe how CREATIVE you all were.

It was really hard to pick a winner, but UK Manga Studio Artist 888toto (AKA Tony Allcock) stood out with the most votes from our staff! His hero Dart (below) comes with high jumping, gun toting, super-athletic skills and she can even read what you are thinking! Congratulations Tony! We'll ship you out a package next week!

We picked two runners up, who will also be getting silly little packages of silly things to celebrate their super superhero status. Congratulations to artdude41 (Ashley Martin) and Neil King for your winning entries! 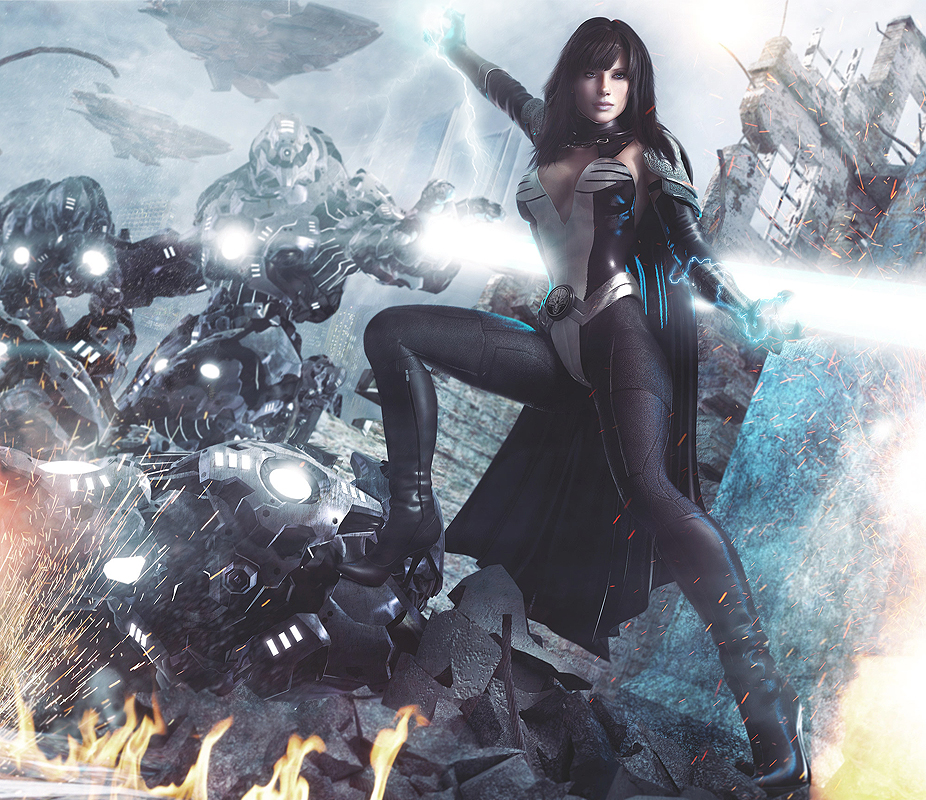 Synestra by ArtDude41, Created in Poser - She's a member of the Black Avalon, and her powers include unlimited stamina, flight, magic, super strength and speed, as well as telepathy.

Technibod by Neil King, Created in Anime Studio - A new breed of super hero with the awesome power to fix computing problems.

There were actually TWO parts to the art challenge last month! We wanted to create here in the office too! The Smith Micro graphics staff in Watsonville tried to create a few bad guys for the superheroes to battle. (We learned this month that using food for a month long art project is possibly not a great idea...but we know for next time!) Will the world ever be safe when cork dinosaurs roam the earth? 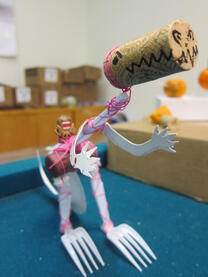 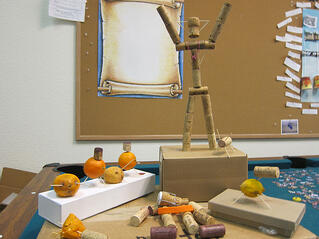 Now that the world is safe with all these superheroes - What's the March contest theme already?!

MARCH CONTEST THEME - BIRTHDAY PARTY
Content Paradise turns 7 on March 21st, and we're going to celebrate! We want to see your birthday party inspired images and videos this month. Make us a card or make us a clown - but get your images in before the contest closes. We'll send the winner(s) a box of fun party favors and maybe we'll even save you a piece of cake!

Deadline: March 31, 2012 at Midnight, US Pacific Coast Time
Contest is open for the entire month of March.

ONE ENTRY PER PERSON

Submit your entry at the below link and make sure you tell us in the extra comments field that you are entering the MARCH CONTEST. Entries without this information will be excluded! Be Creative! http://my.smithmicro.com/gallery/

Artwork Submission Specification(s):
Artwork can be created in any version of Poser, Manga Studio or Anime Studio.
Images must be JPEG/JPG format (or compressed into a .zip archive), 800 pixels on the shortest side, maximum 80MB file size.
Animation formats accepted are SWF MOV MP3 MP4 WMV, minimum 320 pixels on shortest side, maximum 80MB file size and should be between 30-60 seconds.
All entries are subject to the Artwork Submission Terms & Conditions.