Poser has had solid support for the COLLADA digital asset exchange format for a number of years now (a beta plugin for Poser 7 was revealed at SIGGRAPH 2007), COLLADA support has been steadily improved since. Getting access to the incredibly rich world of Poser content from Photoshop has always been a prime use for this integration path.

Poser 9 and Poser Pro 2012 are about to take the next step in their soon-to-be-released service release 2 updater. Adobe just announced availability of a Photoshop CS6 public beta version, so we use the opportunity to show how both of these upcoming releases take integration to a new level.

The SR2 updater for Poser will enable export of bump and normal maps in Photoshop compatible fashion. We’ll grab Poser’s Dregon figure from the library (included with Poser 9 and Pro 2012), apply the Hunting Run pose, and export the result to COLLADA: 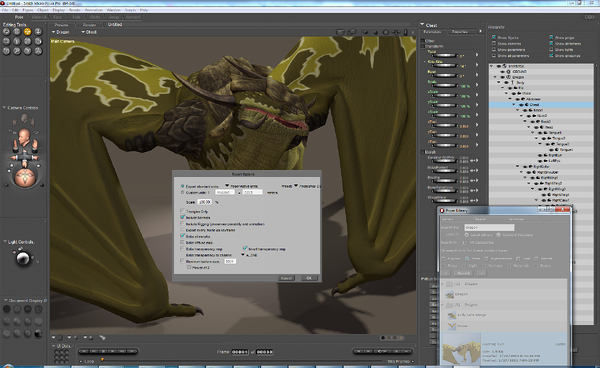 Then we’ll open the exported file in Photoshop CS6: 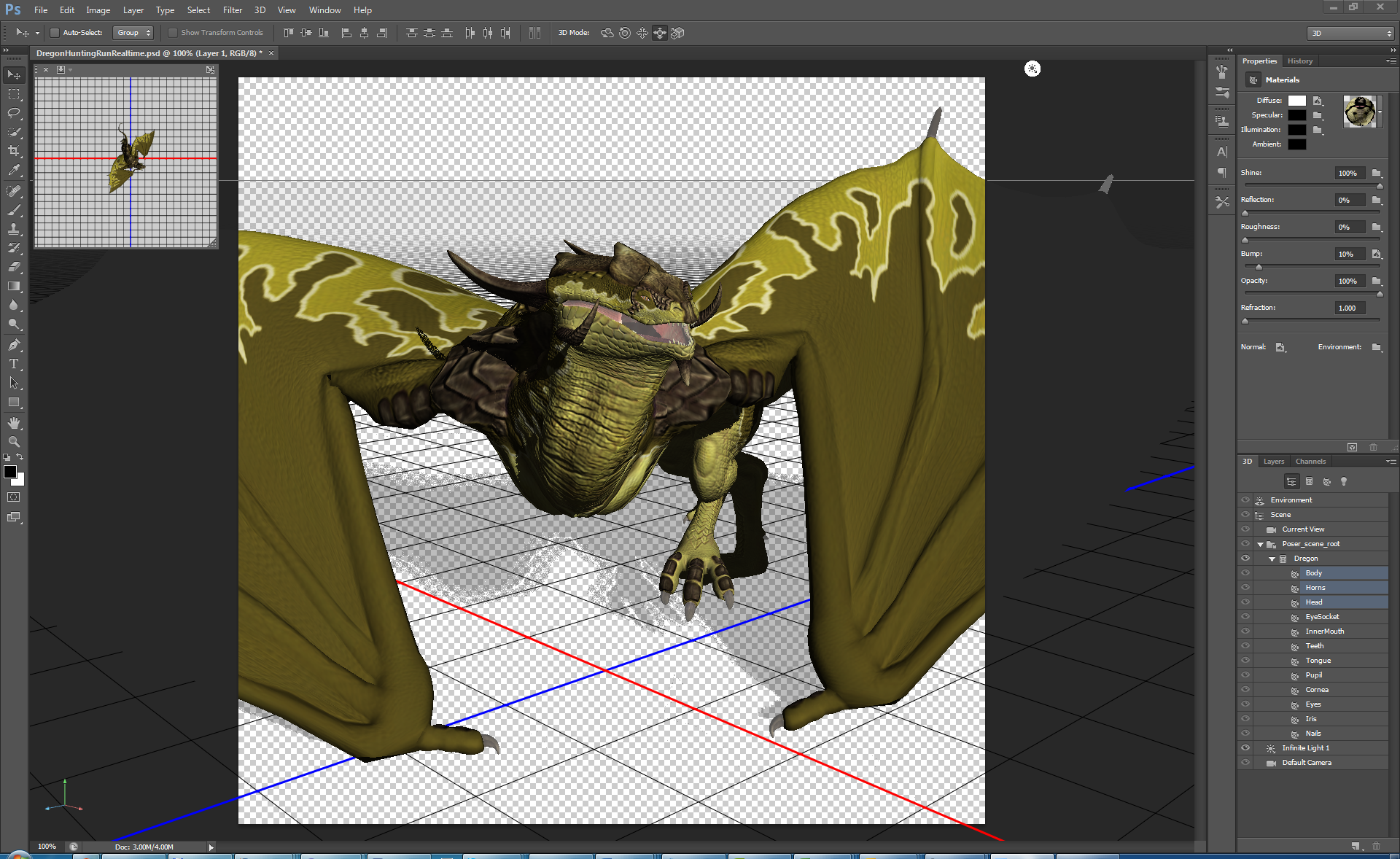 The model comes in perfectly, all normal map detail preserved, ready to use in your illustration. 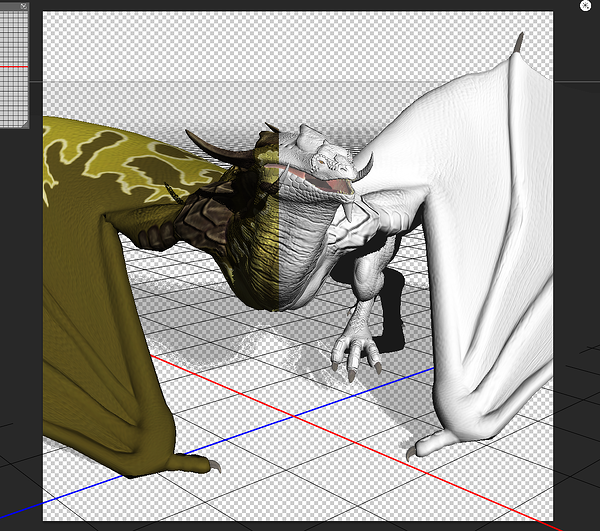 Full flexibility is retained during compositing, no need to re-render an image in Poser for changes to aspect ratio, camera angle or lighting.

There are a lot of reasons besides flexibility why you might want to take Poser 3D content into Photoshop CS - stereoscopic rendering is one of them. Here's an anaglyph example: 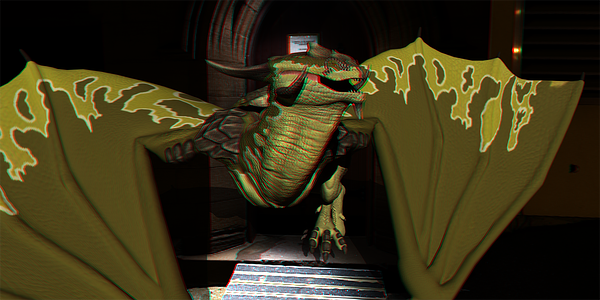 For this image I was trying to mimic Dain Fagerholm’s amazing stereographic trick, but it’s obviously hard to get right:

Poser Pro 2012 with SR2 applied will be your best solution, but if you want to try this now (with no strings attached), grab the Poser 9 Trial version here, and the Photoshop CS6 public beta here. Let us know about your successful projects!

Stay tuned for a follow-up post that shows how to add some bones and motion to get animated 3D characters from Poser into WebGL-enabled browsers like Chrome or Firefox.