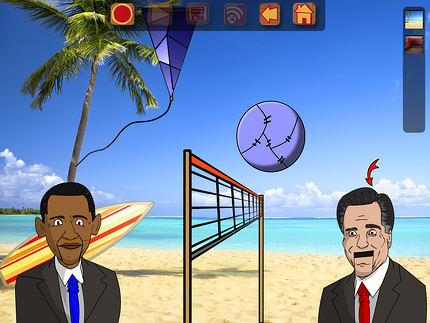 Oh, politics. Love it or hate them, at this time of year, you’re better off joining the fray than risk being called uninterested, uninformed, or worse yet, undecided. In fact, it seems with the culture of politics driven largely by satire (just watch the Bill O’Reilly and Jon Stewart debate) one of the best ways of getting involved with your favorite politicians is to start poking fun at them. You don't have to abandon your close-to-home political preferences to play with goofy caricatures of Barack and Mitt. No matter what your beliefs, you can still join in the fun of supporting a practice that has remained one of the oldest and most authentic expressions of American political freedom since long before 1776: the indiscriminate lampooning of the two lead options for head of state.

This is where Sock Puppets come in. No, not the political sock puppets you see defending the bailout or advocating for new tax breaks, but ACTUAL sock puppets, made out of SOCKS. The Sock Puppets App, developed by Smith Micro Software has released a “Political Content 2012 Pack” perfect for you to get involved with your favorite political candidates—in a very non-political way.

After downloading the FREE app from iTunes and purchasing the pack through the in-app store for just 99 cents, users can animate their favorite candidates, and then lip-sync their voices to come up with live action political cartoons. This is a great way for people of all ages to experience, learn, and engage politics. (You can even upload your creations to Facebook and YouTube to entertain your friends and family!) 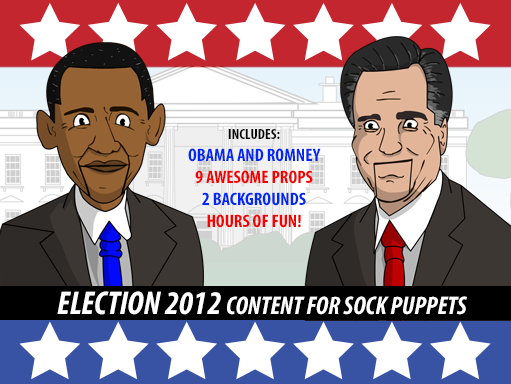 "Now with computers, new types of software, the prospect of doing animated cartoon on short turnaround to respond to the political world with the new theater of the internet -- it promises to be really exciting for the future of visual satire." - Baltimore Sun political cartoonist Kevin "KAL" Kallaugher sharing his opinion about the future of political cartoons.

There you have it; the Sock Puppets App is doing its part in the coming elections to make sure that people everywhere can express their concerns about the political climate in the form of witty, informative, and entertaining political cartoons! Download it today!