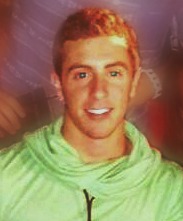 We are very proud of our award-winning software. We are even more satisfied when we see what is created with it. I am constantly amazed by the imagination and skill of beginners and professionals alike. I try and find talented artists and animators throughout all the nooks and crannies of cyberspace so that I can share their stories and inspire other users. I was delighted when Joe Sulsenti told us via Twitter that Anime Studio helped him receive a scholarship.

Joe, who just completed his senior year at Manalapan High School, began using Anime Studio Debut 7 when he was a freshman. “I was looking for a program that made it easy to create 2D animations and in a timely manner. Anime Studio looked like the perfect fit!” He taught himself the basic ins and outs of the program in just a few days and started developing simple animations in the first couple hours of using the program. “I loved the timeline, bone rigging and lip syncing features. It really amazed me how simple and intuitive the software was, and it baffled me when I had a fully working, moving, talking, breathing character in just a few days. I was impressed with the program and myself. It was unreal to think of the possibilities that could be done with this program and at such an affordable price.”

After a few years of experience in Debut 7, Joe upgraded to Anime Studio Pro 8. “I found it really affordable for what I was getting.” As an upcoming senior, Joe knew he wanted to go to college for animation. He applied to The School of Visual Arts, located in Manhattan, aspiring to major in animation. The application required a portfolio. Joe knew adding his animations would give him an advantage as he competed for scholarships. With this in mind, he spent most of his senior year creating Shmoglog, an animated short comedy series about his high school friends and teachers. “All the characters are based off of real people in my school. Shmoglog is a character I made up in 6th grade and the name just stuck. People got a real kick out of it.”

Weeks later, he received an incredible email from SVA congratulating him on obtaining the Silas H. Rhodes Scholarship. Only six of these scholarships are given out and Joe received the highest amount offered, $60,000. Eligible applicants must have a minimum of a 3.0 GPA. The decision is based on the applicant’s portfolios and academic records. “I know my animations made with Anime Studio are the reason I got that scholarship and I could not be more grateful. I cried," said Joe. "“The amazing thing is, is that I did it completely on my own. And seeing Shmoglog, a character who was once just a doodle, come to life was simply breathtaking. I couldn’t be happier with my experience with Anime Studio.”

The word on Joe’s animations spread around Manalapan High School during his senior year. He had teachers requesting that he create animations for assemblies, like the one shown above titled Shmoglog MIX IT UP, for Mix It Up Day. He enjoyed these requests and was able to finish the animations quickly. “Anime Studio has really helped me and my future. I look forward to use this program in my college career that I will be starting in a couple weeks. People who are interested in animation should really take advantage of the intuitive features of Anime Studio to easily create beautiful animations. I know I will and I can’t wait to see what I, and other users, will do with this amazing software.”

He even used Anime Studio to ask a friend to prom! “It was the best prom asking ever,” said Joe. In the full assembly video, you can see Nermeen's reaction as Joe comes off the stage. The awes from the auditorium are priceless. Such a great idea! They looked great together at prom, too. Isn't her dress gorgeous?

Has Joe's story inspired you to create rewarding animations? Check out Anime Studio's website to learn more about the software and to read other user stories.