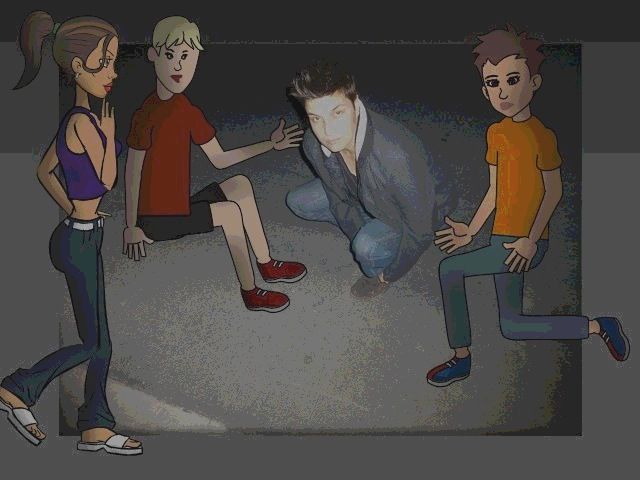 Geez Louise, created in Southern California, is an animated web series that focuses on the “L” in LGBT. Angela Adams has produced one episode per month since the web series’ beginning in May 2012. Geez Louise’s YouTube channel currently has close to 1,900 subscribers and over 147,650 views. If you visit the website, you will find the characters, their episodes, and a few outtakes. You can download all 22 episodes for free on iTunes. When she’s not animating, Angela enjoys video games (immensely), especially RPGs. She is a veteran of the U.S. Coast Guard where she served as an Electrician’s Mate. She absolutely loves chimpanzees and has been fortunate enough to work with them. 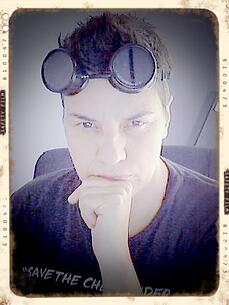 Although she did not know how to draw or animate, she wanted to turn the stories into either graphic novels or animations. Angela collaborated with an artist to create the first graphic novel but unfortunately the artist's style did not work for the format she needed. She then decided to buy an animation program that would allow her to singlehandedly bring her stories to life. “I researched animation programs online and found Anime Studio was a great fit for me. I was going to start out with Debut but opted for the Pro version because of the limitless timeline capabilities and especially for the character wizard.” In August of 2011, Angela bought Anime Studio Pro 8. She opted to create a web series after realizing her existing unfamiliarity with animation and lack of time-period related artwork for what she was hoping to accomplish would be a drawback when trying to create a visual medium. By cutting her stories into shorter episodes, Angela could become an animation expert as she went along.

She wanted the series to be family-friendly, with open-ended storylines and a gay/lesbian theme. “I wanted the show to avoid the trend of overt sexual dialogue, that’s lewd or offensive, just for the sake of shock value, and instead, have it go in the opposite direction. But I also didn’t want the characters to be constantly sarcastic with each other or to preach some underlying political agenda. With a 'lesbian show', these are not easy tasks to do! I wanted to make something with a different feel and kinda weird…and this is a pretty weird show!” In order to deliver the episodes regularly, Angela wanted to be held accountable for generating content. After creating a Twitter account for Geez Louise, her followers gave her the motivation and accountability she needed. “I figured, if even one person likes the cartoon, it would keep me churning out episodes and hone some animating skills at the same time. The show has a wonderful fan base and positive feedback from the gay community, which is really cool.” The first episode of Geez Louise went onto YouTube in May 2012. Angela has made sure to release about one episode per month to her fans since then.

Creation Process
After gaining more experience with Anime Studio, Angela upgraded to Anime Studio Pro 9. It takes her about 3 weeks to make a 5-6 minute episode. She does the voiceovers for characters Cairn and Victoria, while J. Adams helps with story development and handles the voiceover for Louise, CB, and Chip. Angela and J. share the voiceovers for the remaining background characters. Because Angela doesn't draw, she notates camera angles, character facial gestures, close-ups, etc. in the script while creating the Storyboard.

Why I chose Anime Studio
The character wizard was the main selling point for me and I use it extensively. Wouldn’t have a show without it. Love the lip sync function (what a time-saver). I fine-tune the lip syncing during the animation process. I use iMovie for the final edit. Animating in Anime Studio really eliminates the need for extensive editing software. The bulk of the editing/color correction, etc. is done during the animation process. I do get messages on Twitter and Facebook asking me how I make the series and I always refer them to Anime Studio. Just open the program and start creating.