Chef Jamie Smith talking with the P&G team about nutrition. 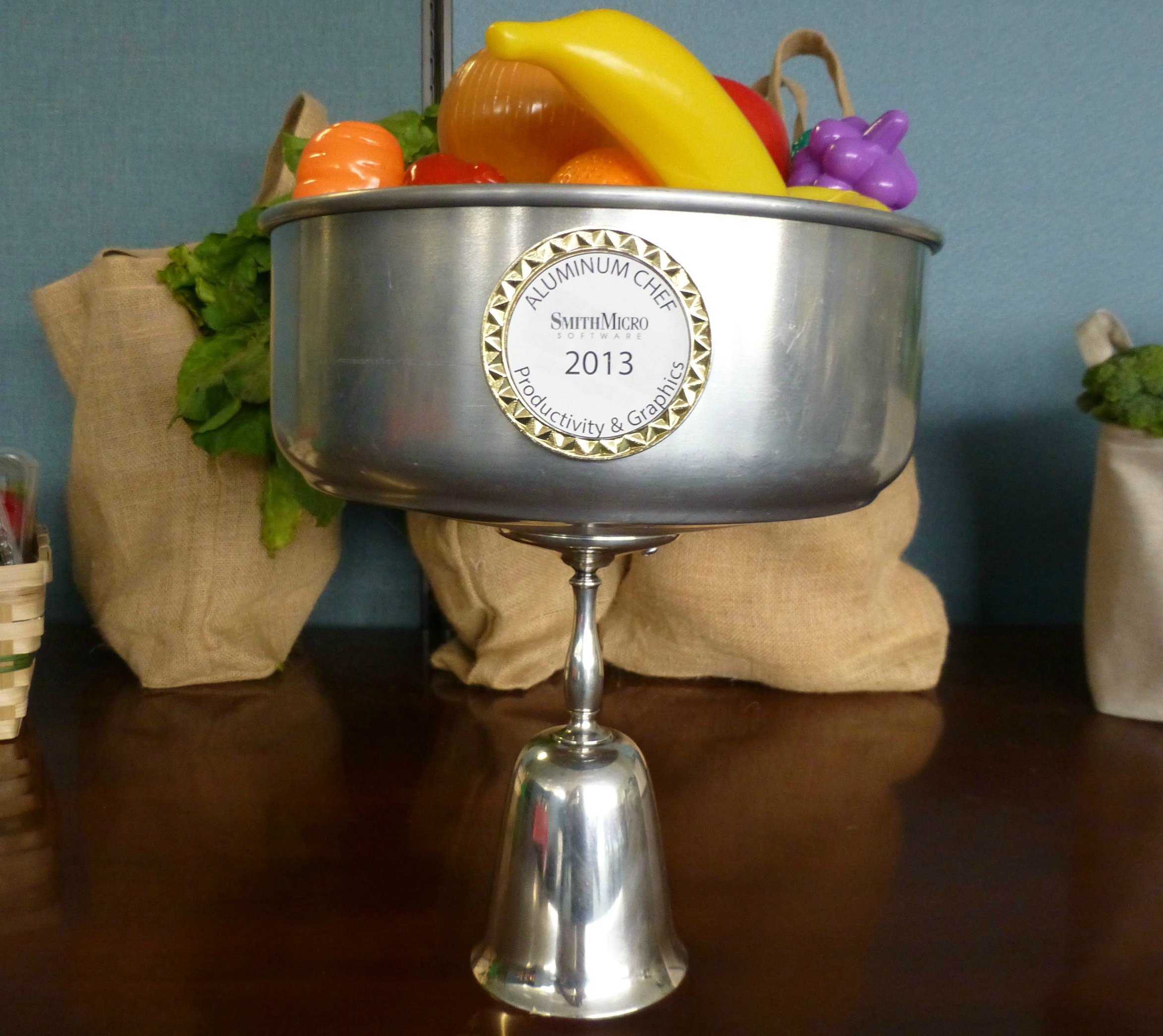 For the SMSI Productivity and Graphics' Wellness Event, Chef Jamie Smith came in to talk to us about nutrition. To make the presentation more hands on, we used the fresh ingredients he provided to come up with our own lunches. We split into four groups with an hour on the clock. Each team was given a bag containing two secret ingredients. The possibilities were endless with the array of kitchen utensils, burners and seasonings available to us. Entrée, main course, and dessert ideas were flowing. Although our group was in a competitive zone, we couldn't help but share our coconut milk with another group. At the end of the hour, three judges (including Chef Jamie) decided which group would take away the Aluminum Trophy. The criteria included taste, presentation, creativity and best use of the secret ingredients. Each group created something delicious, which made voting difficult for our judges. 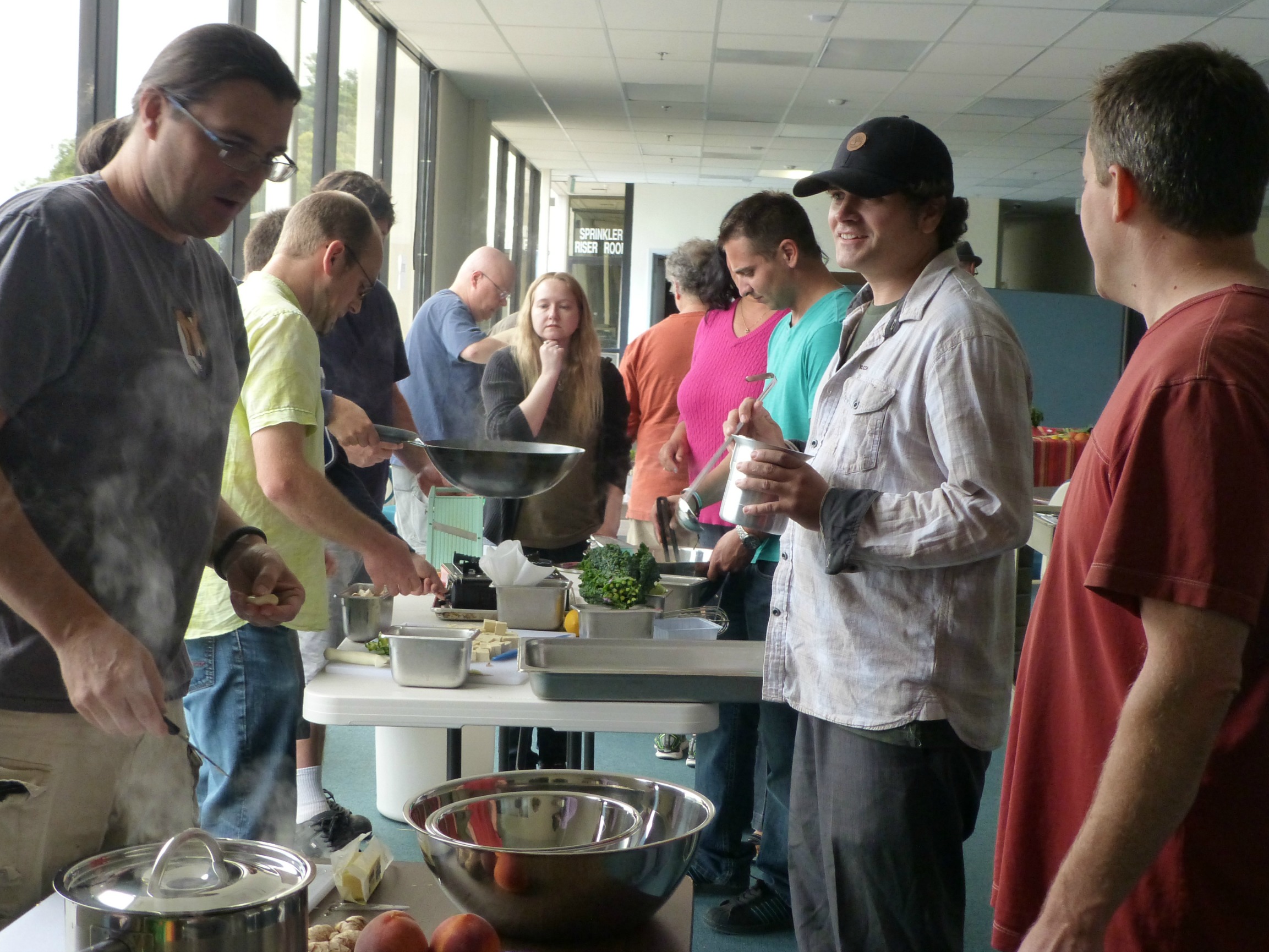 A shot of the P&G team as they compete for the Aluminum Trophy.

My group came up with a dark chocolate, gorgonzola, and cashew bark (sounds interesting, tasted amazing) while the second group created a delicious spicy kale with chicken and a beet salad. The third group made a tasty pasta with peanut sauce. The fourth used their secret ingredient, quinoa, to create a yummy corn and pear dish. The peanut sauce - made with the stolen coconut milk - deservingly took the trophy. If only we weren't so generous! It was a great surprise to know that SMSI's Productivity & Graphics team is filled with excellent cooks. Having just started interning less than a month prior to the competition, it was a fun opportunity for me to get a feel of who everyone was amidst the excitement of competition. This team has worked extremely hard this year and the Wellness Event provided a great time while still showcasing how well everyone works together.

(From left) Finished products from Teams One, Two, Three and Four 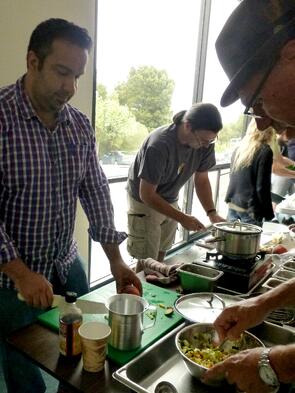 During the competition, Chef Jamie came around to each table to check on the group's status and provide feedback. Leaving his trademark seasonal fresh fare and creativity everywhere he's been, SMSI's Productivity & Graphics group was very lucky to have him. Chef Jamie began his culinary career in New York City, attending the French Culinary Institute where he honed his craft under culinary giants Alain Sailhac, Andre Soltner, and Jacques Pepin. Since then Jamie has worked in numerous acclaimed restaurants in New York and the San Francisco Bay area. Jamie was the Chef de Cuisine at UCSC, chef-owner of the acclaimed Santa Cruz restaurant Sestri, and most recently served as the Chef and Director of the Santa Cruz City Schools nutrition department, creating and serving healthy made from scratch meals in all of the city's public schools.
After the challenge everyone was very eager to continue cooking delicious and nutritious meals. His website contains some very yummy and very healthy meals if you'd like to take a look for yourself. 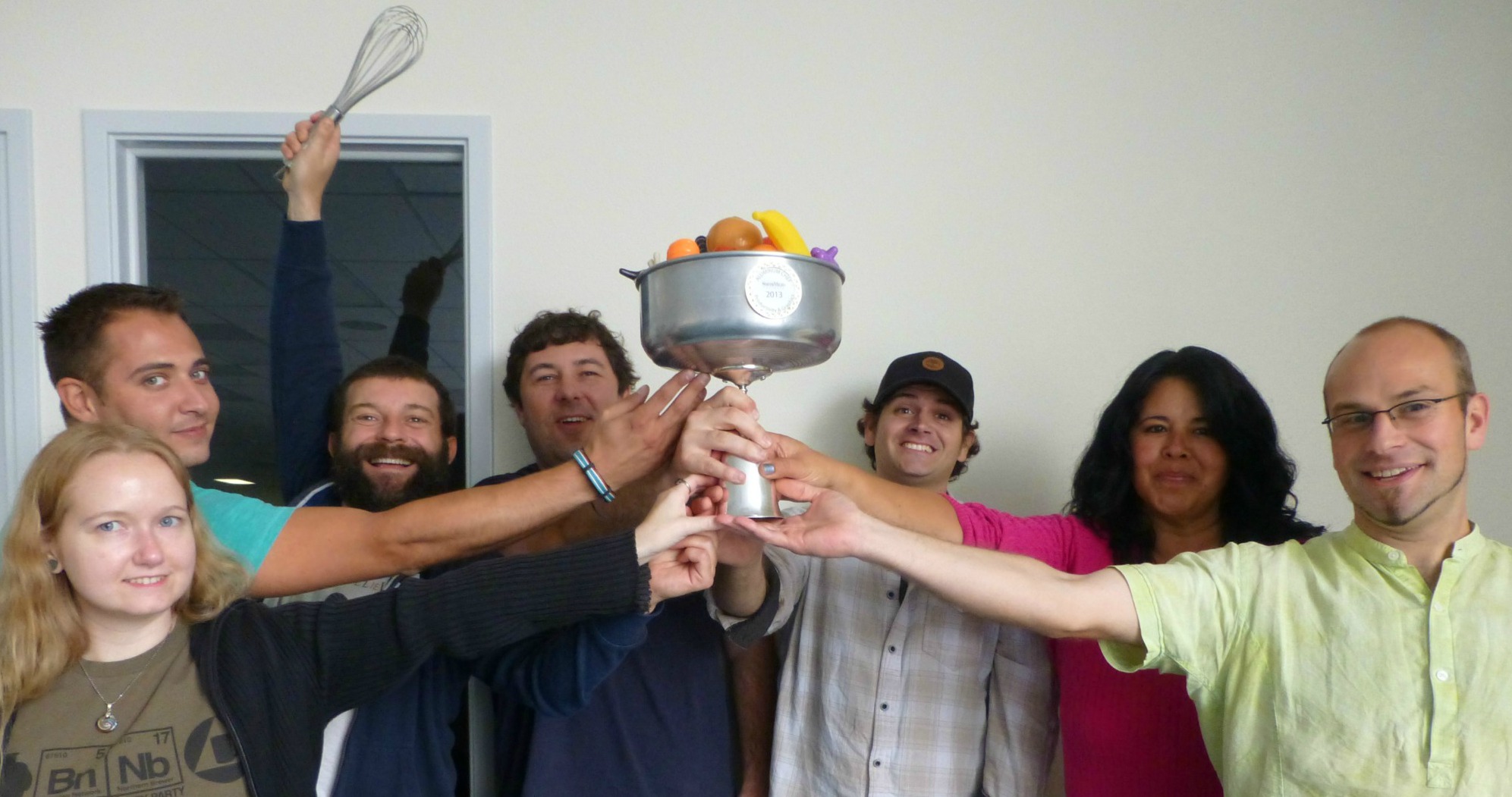 This video was created with ScatterShow. Visit the website to learn more about ScatterShow.