Get to Know the SMSI Productivity and Graphics Team

The Productivity and Graphics office, located in Santa Cruz, California, consists of a small but incredible group of people. We don't just want to be the company you buy your software from. We want to be a community that you can easily share your illustrations and animations with, turn to with questions, and at the end of the day know that we are very grateful that you choose to be a member of our awesome P&G family. Since we're family now, you should probably know a little bit more about us, right? 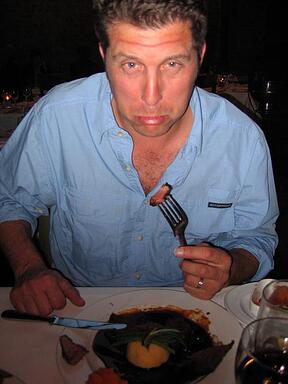 Our Software Engineering Intern, Ryan Cori, is from Fremont, California and is a Bay Area Native. Brian Romero was born and raised in San Jose, California and has lived in Santa Clara for years. Collin Gerbode grew up in Connecticut and California, and has lived in Northern California for all of his adult life. Eric Long is from Bourbonnais, Illinois but he's lived in California for his entire adult life. While Steve Yatson is from "the krunk streets of Lodi, Ohio," Michelle Bergeron is from Houston, Texas. Jack Walther is originially from Temple Terrace, Florida and I am from Smithfield, Virginia. Martin Spierings is from Melbourne, Australia. Keeping it interesting, Jason Cozy is from "Earth, Sector 3."

Do you not agree that the book is always better than the movie? 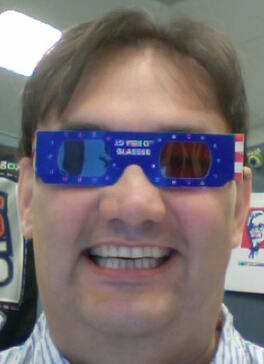 Jason thinks if you read the book before you see the movie, then the book is better. Michelle answered, "It’s hard to fit an entire book’s worth of experiences into about two hours, though some do a really good job of it. Lord of the Rings comes to mind. The book-based movies I’ve enjoyed most are ones where I saw the movie first. Jurassic Park and The Shining are a couple where I enjoyed the movies more than the books." To back up Michelle's comment, Martin reminded us that you usually read the book first so it's not a fair comparison. Brian Romero said that books are always better because one of his pet peeves is when some characters are left out or combined or the story was condensed or altered to fit the time frame. "Still, there are some really enjoyable book to movie adaptations, like hmmmm. Nevermind," he concluded. Colin pointed out that Blade Runner was just about as good as Do Androids Dream of Electric Sheep. I have to agree with the majority and say the books are almost always better! Steve Yatson's opposing opinion stated, "Hello no, movies are awesome! Or maybe I lack imagination..." Ryan Cori said some stories he can understand better as movies than books, so he usually watches the movie before reading the book so he has a frame of what's happening while still getting all the extra content the movie left out. Eric Long said, "Yes, I not agree." 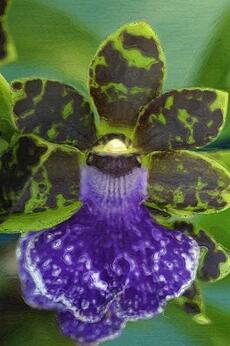 Steve's strategy is to simply "crush everyone!" Jason Cozy divides and conquers. Michelle always picks rock... or paper... or scissors. Instead, Brian substitutes Rock with Spock and Scissors with Lizards. Martin goes with rock because there's "no point being tricky." Likewise, Jack answered "Good old rock. Nothin’ beats that. What? Paper?! D’oh!" Colin simply chooses paper, as does Ryan. Ryan also shared, "Fun Fact: People who win Rock, Paper, Scissors competitions are actually more likely to win at it in general. A little more at least." Eric says, "most people start with rock or scissors, so if you choose paper you have a 50/50 shot. If you choose scissors you'll either get a tie or get bashed. So leading with rock is a good idea, unless you think your opponent is expecting it." And there you have it! Although my move is normally rock, I may have to switch it up after hearing these clever strategies.

Best place you've ever traveled to?

"Philippines, that's where I was married. Bali is a close second." -Brian Romero 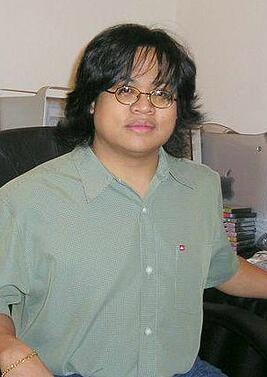 Depending if Colin is in an urban or cultural mood, or just looking to get away from it all, he'd say it's a toss-up between London and Kauai. Jack loved hiking in Chamonix, France while Michelle enjoyed Costa Rica. Martin's favorite destination has been San Sebastian, Spain. Eric can't get enough of Yosemite. Jason Cozy went on a 6 week road trip through Europe, hitting 8 different countries through the vacation. Steve answered, "Bed. After that, Africa – Botswana, Zambia, Zimbabwe." Brian was married in the Philippines and is the best place he's been, with Bali coming in at a close second. Wanting to go everywhere these guys have been, the best place I've traveled has been Thailand.

What superpower would you have and why?

"Flying would be pretty awesome- it would ease the commuting blues, make traveling a lot easier, and aerial pictures are way cool." -Colin Gerbode 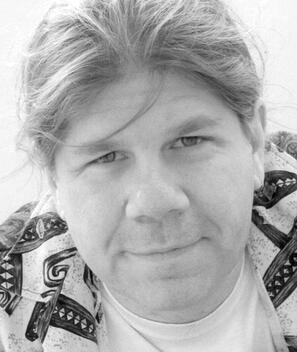 Colin, Michelle and I agree that we'd like to be able to teleport. Being able to teleport anywhere in the world would cut out the hassle of driving and allow Michelle to spend more time with her family, who live in other states. In addition to teleportation, Colin would like to fly. "It would ease the commuting blues and make traveling a lot easier. Plus, photography is a hobby of mine and aerial pictures are way cool," said Colin. Jason would like to be able to time travel for unlimited travel options. Brian would be XeRox-men, because he would be able to split himself into multiples (say 100 facsimiles) so he can multi-task in different locations. As "Captain Undo," Eric would be able to rewind time because he loves second chances. If Steve's wish came true, he'd be able to use his superpower to cure cancer.

If you were the only person in the world with superpowers, would you feel lonely?

"In reality we all do all have various abilities and we seem to get along okay." -Michelle Bergeron 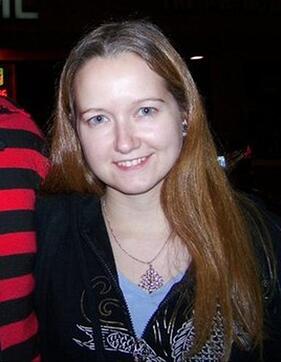 After answering the previous question, Jack said, "No, but can I change my last answer now?" Martin agreed that he wouldn't be lonely, saying he'd figure it out. As XeRoX-man, Brian would always be beside himself or in a group, so he wouldn't be lonely. Eric would only be lonely if no one loved him (sniff). Michelle made a good point by saying, "I don’t think so. In reality we all do all have various abilities and we seem to get along okay." Giving a vivid picture of what his life would be like as the only person with superpowers, Steve answered, "Not at first, I’d use them to save children, find lost toys, make beer, and generally be an all-around good time. This would make me extremely popular, especially with the ladies. Eventually my powers would corrupt me and I’d become selfish and evil needing to surround myself with mutant minions to which I had no emotional connection."

What's something you know you do differently than most people?

"Tie my shoe laces by making two loops and then winding them around each other." -Martin Spierings 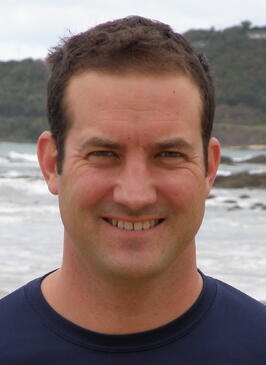 Ironically, Steve, Jason and Michelle all answered this question by saying they "think" differently than most people. I would have to say my unusual habit is that I cannot study notes that are not wildly highlighted in all colors. All the words in black ink blur together and I lose focus after a page or two unless they are vividly color-coordinated. Martin ties his shoe laces differently and Jack plays guitar "much more poorly than most people." Brian is left-handed by nature but forced himself to write, and draw with my right-hand while he was in second year of college art classes. He draws with his left, then inks with his right. "Afterwards, I'd get inquisitive looks from store clerks writing checks at the grocery or department stores because I'd write out the check with my right then sign with my left," said Brian. Last but not least, Eric's smileys are reversed: (-:

What are your three biggest pet peeves?

"People who are in a huge rush to pull out in front of me in traffic and then go really slow once they get there." -Jack Walthers

Brian couldn't stand it when he tried Calligraphy and the ink always smeared writing with his left-hand. Another pet peeve is when the person in front of him at the grocery line is writing a check to pay because he stopped doing that decades ago. Steve's pet peeves are "poor facial expressions and bad posing in Poser, fair-weather fans (especially SF Giants), and people who talk but don't listen." Jack cannot stand the misuse of "less" or "fewer", websites that want him to download their iOS app instead of just using his browser, and people who are in a huge rush to pull out in front of him in traffic and then go really slow once they get there. Jason's pet peeves are tardiness, dishonesty and impatience. Martin is not a fan of guns, compression socks, or dish washing machines. Ryan's pet peeves are throwing out code, poorly written instructions and crowds. Eric is not a fan of high strung cats or dogs, when his dogs get into the trash and when a slobbery dog tries to slime him. I would have to say mine are: people who wait in line and then don't know what they want when it's their turn, extreme PDA, and group Facebook/text messages.

What's your favorite image from our gallery?

"There are too many great ones to choose from."

Unable to decide, Steve said his favorites are "anything well lit and photo-realistic." Agreeing with Steve, Jack said there are too many great ones to choose from. Although it was too hard to choose just one, Jack did mention Syyd Raven's Kyra Sky, Daniel Gabriel Scott Murray's Field, and Parsi's Anoosh. He also mentioned that "BagginsBill's renders show off his amazing knowledge of render techniques." Michelle's favorite is Godiva's Throne by Pen_Is_Envy. Although not from our gallery, Martin shared with us that he is a fan of Koala. You can find Koala on Content Paradise. Personally, Diva Aicka by David Alejandro is my favorite. Close runners up are Porcelain by Ian C. McLein, Queen of the Ice Fairies by Anthony Cupo, and Feather for a Thought by Kimberly Chandler. Brian Romero is biased towards Ship and Scene Rendering, which he created himself. Jason's favorites are Alabaster Warrior by Paul Francis and We Come Together by Mike Scott.