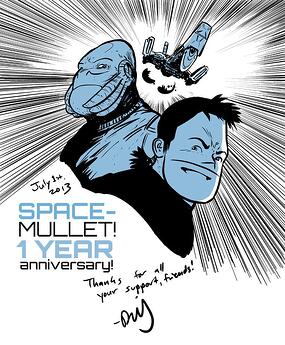 "The 1 year anniversary of Space-Mullet snuck up on me and I needed to create a quick "thank you" image for the Facebook page. I made this in Manga Studio in about 15 minutes. The radial lines ruler is so amazing."

Daniel Warren Johnson
Daniel Warren Johnson is a freelance illustrator and comic artist based in Chicago. He strives to create meaningful and fun illustrations that fit within his clients' goals and surpass their expectations. Daniel believes in keeping an organic and natural feel to every project, while enjoying the tangible nature of creative collaboration and expression. When not working on client work, Daniel works on his self published comic, Space-Mullet, and hangs out with his awesome wife. He also loves craft beer. (taken from DanielWarrenArt.com)

Space-Mullet
We asked Daniel Warren Johnson to share a little about Space-Mullet, his sci-fi web comic, and his experience with Manga Studio.

"I had just finished playing Mass Effect 3, and I was so inspired by the story, the design, the artistic direction, that I wanted to do a sci-fi story of my own, but make it a little more intimate, and on a bit of a smaller scale. I didn't want to have a strapping, scar over eye hero, like many sci-fi protagonists do. I wanted somebody who was a loser, dresses out of style, and is a terrible shot. So I came up with Jonah, my main character for Space-Mullet, and off I went! It's been a real blast to create him and the galaxy he lives in. I hope other people enjoy reading it as well."

Daniel draws and writes everything for Space-Mullet himself and has a great time creating and drawing it. He's been to a few conventions local to Chicago, including Wizard World Chicago 2012 and 2013. Daniel was also at C2E2, Chicago's Pop Culture event, in April where he gained some awesome new Space-Mullet fans. He's also working on an unannounced children's book project. He has exhibited at Wizard World Chicago and at the Chicago Cultural Center with their Right Now Exhibit in 2012. Out of all of Daniel's awesome clients, a highlight was when he created zombie portraits for patrons at Chicago's Navy Pier.

"I found out about Manga Studio by following Cameron Stewart on Instagram and by reading Saga by Fiona Staples. I love their work, so I of course had to try the programs they were using. I've only been using it about 6 months, but I love it. The inking tools are a huge highlight for me, as well as the perspective rulers, the regular ruler tools, and the ability to create an entire paged out story within the program. It makes creation go so much faster!" 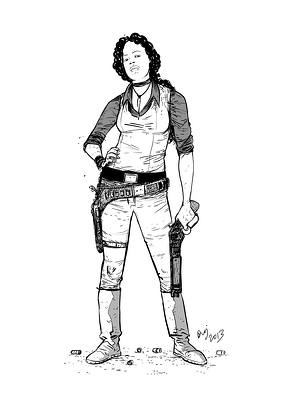 "I don't do a ton of fan art, but Firefly was such a huge influence on me, I had to try out Zoe in Manga Studio!"

Until Manga Studio EX 5 came out, Daniel had been using the EX 4 version. "I've been loving the refined perspective tools, and the increased quality in brush control!" Daniel said about version EX 5. Manga Studio is a huge part of Daniel's creative process for Space-Mullet. All of his concept art happens in Manga Studio, which allows him to create quick line drawings of multiple characters and vehicles. Daniel also creates all of his layouts and pre-production page planning in Manga Studio before he begins to ink traditionally.

"There have also been multiple times when I've had to create a page quickly (and with the same quality as a page I would have done traditionally), to fit a deadline, and Manga Studio fits the bill fantastically. I can literally make my pages look JUST like they were done on paper. I used to use Photoshop for line art, but got frustrated with it because it's so clunky with smooth lines. So when I tried Manga Studio, I was blown away by the precision and control it gave me. I know I sound like a company rep, but I love this program so much, I can't help it."

Daniel has multiple corporate clients who need quality storyboards with a quick turnaround time. He recently created drawings for Trunk Club, a Chicago-based "men's clothing service where personal stylists handpick high-end clothes", which used his illustrations for their blog How to Survive a Heat Wave in Style. Trunk Club wanted to highlight how comfortable their business clothes could be in a hot, crowded bus or at a summer wedding. "All of these illustrations were done in Manga Studio and have brought me more work! The perspective rulers were a HUGE help here. I'm really happy with how it came out and so were they! They loved the pieces which I was able to create super quickly. All of my corporate storyboard work is now done in Manga Studio. Manga Studio has helped me score some great clients."

"So many of my friends complain about inking in Photoshop, for the same reasons I used to. I think I've referred Manga Studio to at least ten different local Chicago artists, and the ones that have tried it since LOVE it. It also helps that the price tag for Manga Studio doesn't break the bank. It's a huge plus."

Daniel is self-published as of now but is very excited about his 5 page mini comic coming out in an Image Comics title. The cyborg piece, shown below, is part of the concept art for the mini comic. He used Ray Frenden's Manga Studio EX 4 brushes to create it. "Thanks, Frenden! He has some awesome tools that work great with MS." 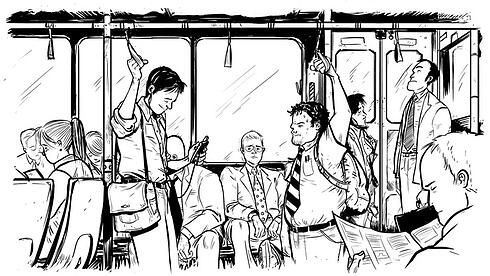 This was done for a boutique men's outfitter, Trunk Club. 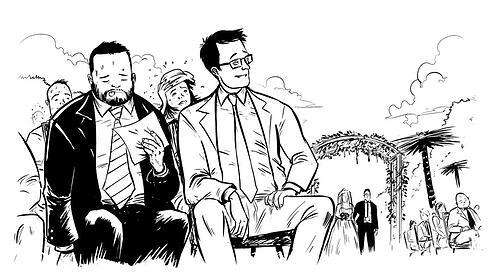 A piece done for Trunk Club, all in Manga Studio. 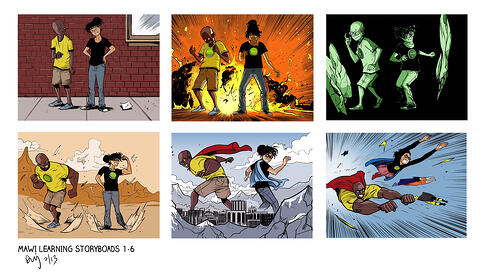 "This piece was done in Manga Studio for Mawi Learning and I think it came out great. I was able to experiment with different ideas and poses since I was doing it all digitally." 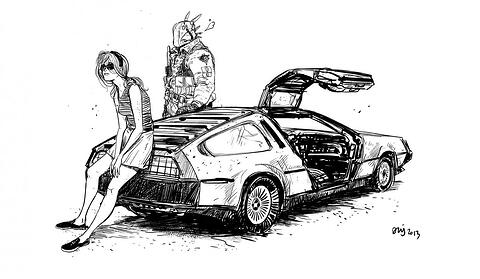 "This piece was just a warm up piece so I could loosen up a little, but I ended up liking it so much I'm using it as some concept art for the mini comic I'm working on, created only in Manga Studio." 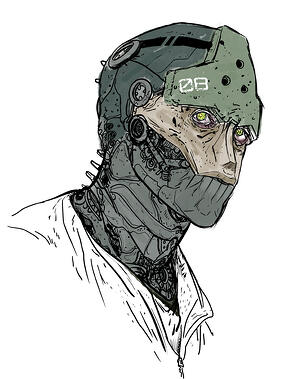 This cyborg piece was some concept art done for a short mini comic DWJ is working on for Image comics.