We recently had the chance to interview Adrastus comic artist and Smith Micro Software user, Liz Staley. Check out some of her favorite artists, biggest moments, challenges and personal tips for beginning artists below. 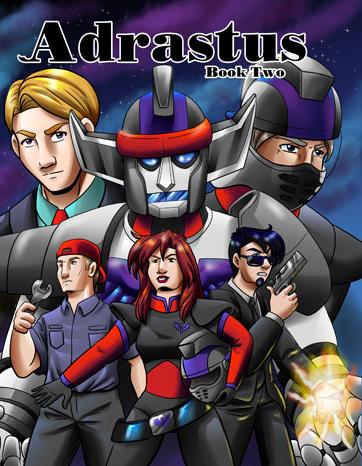 Tell us about you: I was born in Baltimore, Maryland, USA and currently live in Southwestern Pennsylvania. I studied Media Arts and Animation at the Art Institute of Washington and have a Bachelor's degree in Fine Arts. Before starting my comic, Adrastus, I wrote and illustrated a novel that I self-published. Though I said throughout college and high school that I wasn't going to do comics, my favorite classes in college were scripting and story-boarding, so I should have really figured out that the comic bug would hit me sooner or later.

Adrastus started posting to the web in April of 2010, though the story idea was around for a lot longer. I have a lot of fun working on my comic and it's helping me improve my art and my story-telling skills.

I currently live with my supportive husband. When not drawing and writing, I can be found enjoying tabletop role-playing games, reading, painting, and taking care of my horse.

Q: How did you get into illustration / animation / graphic arts?

A: Like most artists, I've been drawing since I was little. I got serious about it around middle and high school. In high school I started to write and get into animation, and decided that I wanted to study animation. I went to college for Media Arts and Animation, and loved my Scripting and Storyboarding classes the best. From there it was a short leap to get into drawing comics!

Q: What industry trends are you a fan of and why?

A: I love web comics! It's great to see what people can create, and how many different comics there are, when people can create and publish their own. There's so much creativity in the web-comic community.

Q: Who are some of your biggest art / illustration influences and / or mentors?

A: There are so many people who have influenced or mentored me over the years. Some of the ones that spring to mind right off the bat who I look up to the most are Phil and Kaja Foglio (Girl Genius), Paul Taylor (Wapsi Square), Julie Devin Blake (Monster Soup), Robin Childs (Leylines), Kambrea and Thom Pratt (Shadowbinders).

Q: In your eyes, who is the most underrated artist / animator of all time?

A: I've always been a big fan of Ralph Bakshi's animation. I remember watching his film Wizards when I was younger and being captivated by the special effects of the monsters. Because he did a combination of traditional animation for the main characters, and rotoscope for monsters and special effects, it made the monsters truly creepy- and it stuck with me! Plus he moved his desk by himself without permission to get a better job at one of the animation studios he worked for. Guy had some serious guts to do that!

Q: What has been your biggest challenge as an artist / animator?

A: One of the hardest things about being an independent creator is learning how to do everything you need to do to be successful. I can't just sit back and write and do my art. I have to be a marketing guru, an advertiser, an accountant, a copywriter, a PR director, an office manager, a salesperson and so much more!

Q: What has been your biggest success?

A: When I think back, I have had so many different types of successes. Even just getting two books of my comic printed and out there is success to me. One of the most awesome projects that I've ever worked on though was definitely the Mastering Manga Studio 5 book that I wrote, which was published by Packt Publishing in September of 2013. There is still so much I want to do with my art and my writing!

Q: Where do you see the comic / animation industry in 10 years?

A: We're already seeing this a lot, with things like Kickstarter and IndieGoGo, but I think that creator owned, independent titles are going to be on the rise. More artists are going to be able to self-employ and own their work, and make a career on their own because of the resources that the internet gives us. And that's exciting!

Q: How would you describe your job as an artist / illustrator?

A: I'd like to say that all I have to do is sit around and write a script, then draw the comic that goes with it, publish it to my site, print books every once in awhile, and that's it. But it's not! I'm a writer, a character designer, a layout artist, graphic designer, storyboard artist, background artist, marketer, photographer, and salesperson. I do it all in my job right now. Including the math stuff- which is my second most hated job of all!

The part of my job that I really focus on though is the drawing. I love to sit and work on my comic pages. Inking is my favorite part of the process!

Q: What advice would you give to young / up-and-coming graphic artists?

Whatever it is, a comic, an animation, a series of illustrations, a tarot deck, JUST START IT. Even if you're scared. I meet so many artists at conventions who tell me that they have an idea, but they need to get better at art. But if you aren't working on that project, you will probably never get better. So just do it! The improvement, and getting past the fear, will come with action.

Q: What Smith Micro tools do you use, how do you use them and how have they affected your workflow?

A: My main Smith Micro product is Manga Studio. I got started using it on EX4, and now I use EX5. Manga Studio is my favorite art software ever, in my years of doing digital art. I use Manga Studio for both my regular illustrations and my comic projects. I just can't stop drawing in it!

Manga Studio has improved my workflow immensely. It's so much faster and easier for me to complete my projects now. My favorite tools are the rulers- they make special effects, and doing backgrounds so much faster now. I draw everything digital, so having rulers right in my program is a big help. Plus, I'm left-handed, so being able to customize my program layout is invaluable. I can get palettes out of my way, put things where I need them the most so it's easy to reach them, and see what I'm working on.

Those are just two of the things that I love so much about Manga Studio! I really can't praise the program enough.

I also own Anime Studio Pro 9 and MotionArtist, both of which I am trying to learn. So hopefully some time soon, there will be some animation and motion comics from me, too! 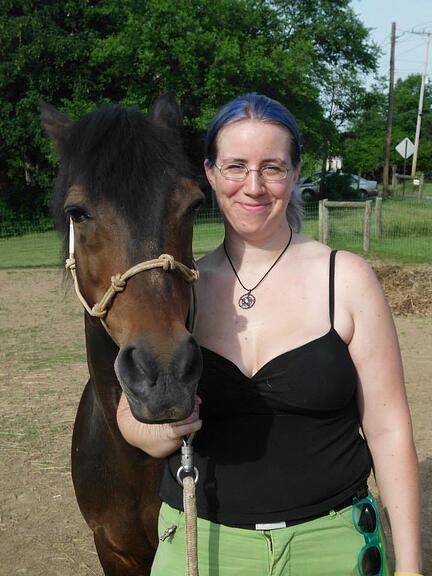