A few days ago, one of our favorite Poser artists, Isikol, https://www.facebook.com/isidorekol from Athens, Greece, posted a very cool image on his Facebook page to celebrate the kick-off of the 2014 World Cup in Brazil. A quick refresher on Isikol – he’s the guy who just wrapped up an original Poser image for the cover of Heavy Metal Magazine.

Isikol gets the cover shot of Heavy Metal #268

And here's the image that started this whole World Cup 2014 challenge...

Shortly after we saw this provocative World Cup image, and noted the comments about how photo-real his rendering was, Isikol posted the original photo which inspired him to create his very convincing Poser image. 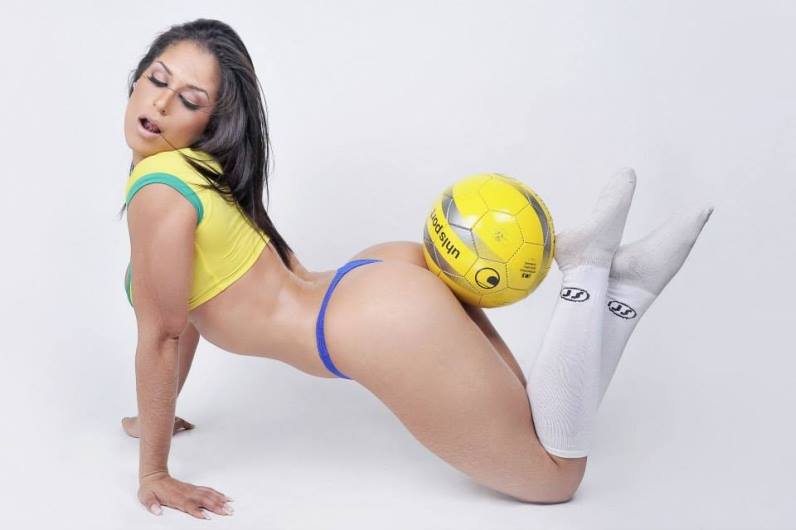 This photo, in turn, inspired us to see how close we could come to replicating that same pose and details from the shoot; but we wanted to step up to the challenge by using an included figure from Poser, Roxie.

We found a freebie World Cup soccer ball for Poser here on inlitestudio, loaded the original photo that inspired Isikol from an NSFW website, and then started to precisely replicate the photo-shoot using none other than Roxie, who is both an amazing figure and indeed included with Poser 10 and Poser Pro 2014.

A few Poser scene set-up and rendering details: At rendertime, we enabled Subsurface Scattering, turned on IDL to a medium setting. For the scene, I threw in the stock photo studio backdrop prop from Poser's primitives (find it in the library props by searching for "StudioBackdrop") with a tweak to the material to turn it all white with a slight ambient glow to illuminate her from below. We used three spots, all set to raytrace shadows with Inverse Falloff, all pointed directly at Roxie. The hair is from Poser's Alyson Legacy>Koz hair props, scaled and positioned to fit Roxie. I applied one of the stock Roxie makeup materials included with the app, and then dialed in the facial expression. The bikini is the stock Roxie top and bottom, with a slight tweak to the diffuse color to turn it blue for more punch on the white background.To match the pose and camera angle, the original photo from Isikol was imported as a background image. It's a great technique to match a pose to a photo.

BTW, I did a full webinar on that process here. 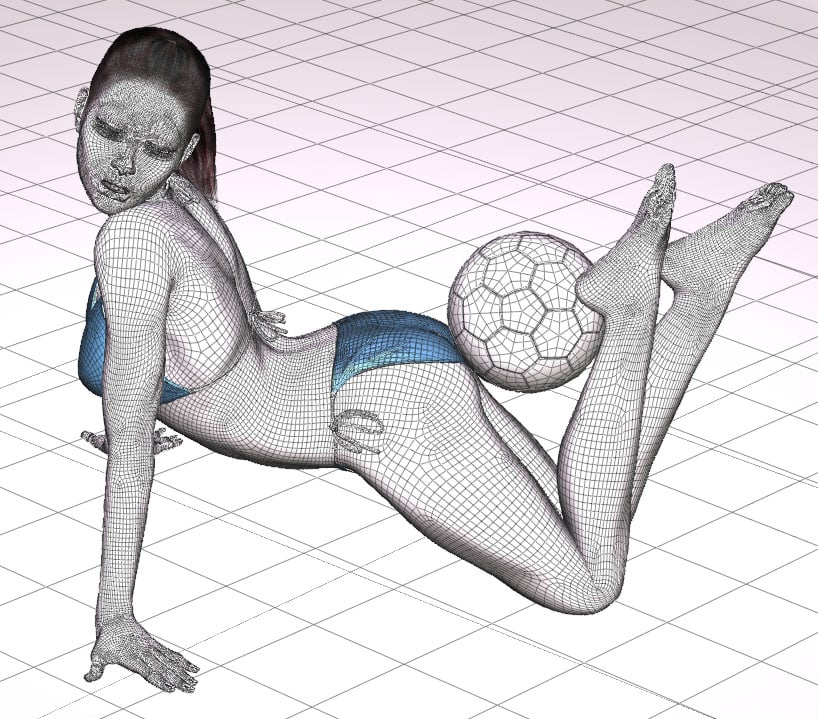 Roxie in the Viva World Cup 2014 pose, based on the reference photo

And here's how Roxie held up to the challenge! 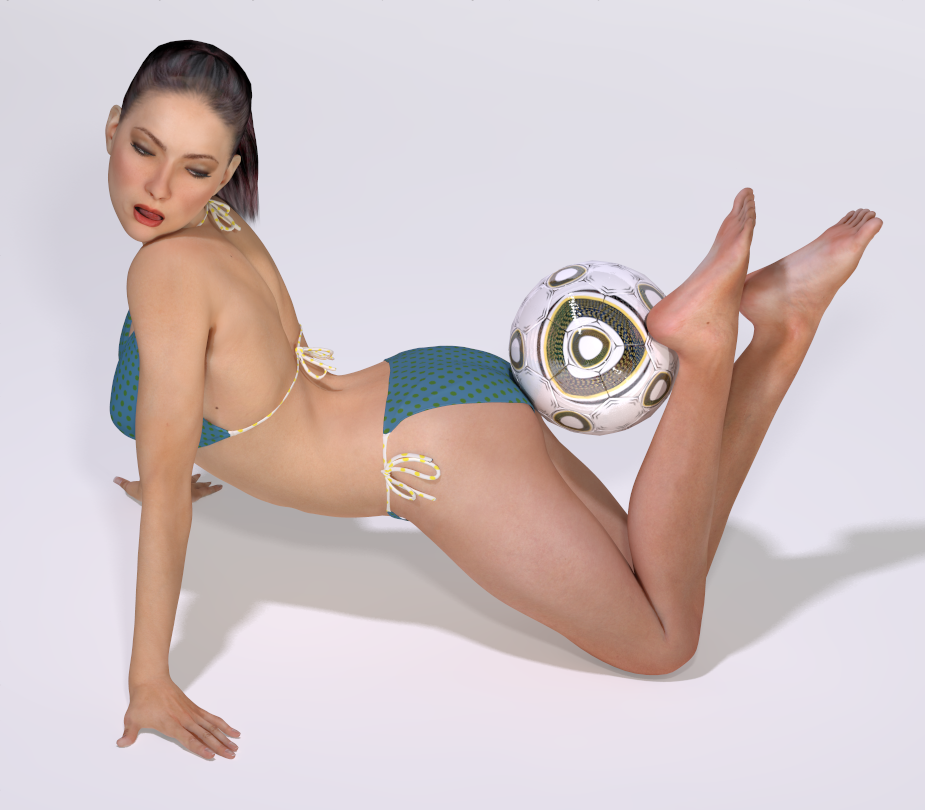 Our results came out great. It kicks up the challenge – what World Cup image can you create with Poser? Don’t be hemmed in to using the same old figures you always do, try someone new. May we suggest Roxie? If you have Poser 10 or Poser Pro 2014, she's already in your content library!

Anyway – cheers to the kick-off of the World Cup on June 13th, 2014, get inspired and start posing; and may the best Poser win!