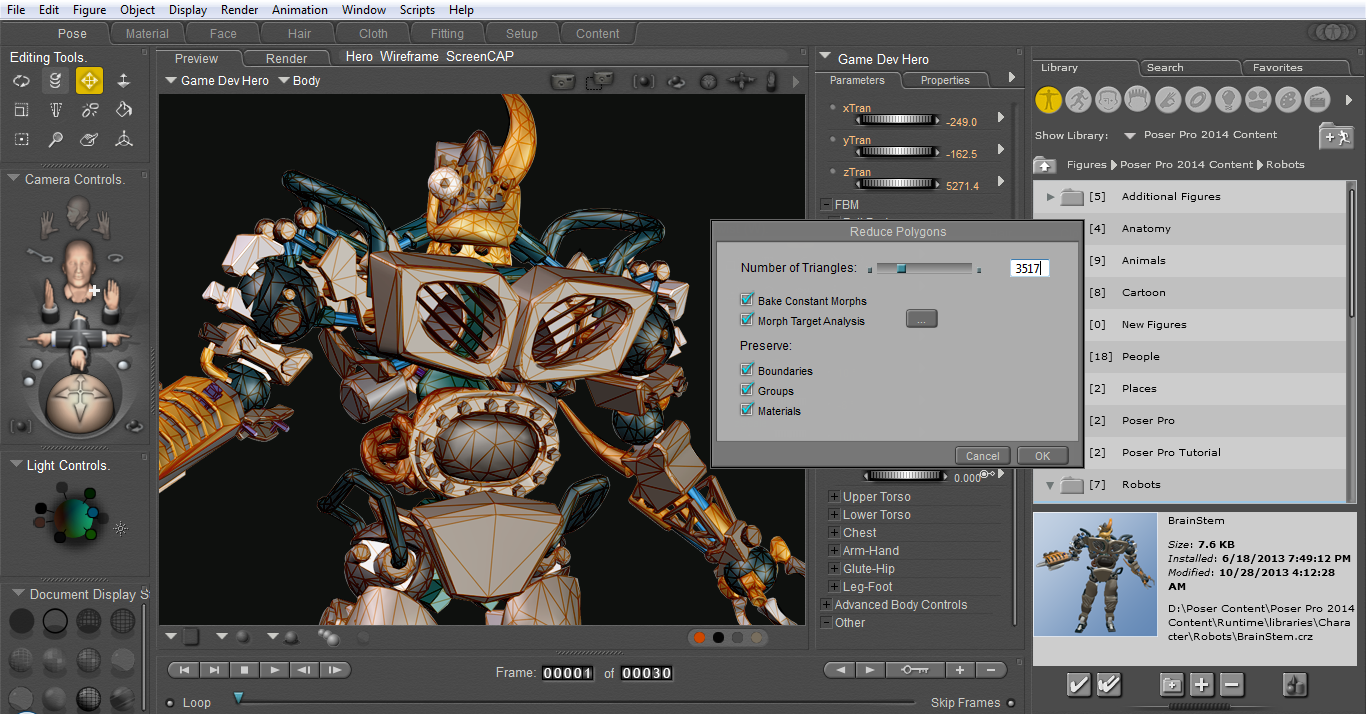 From the Poser perspective, the most basic change was in our End User License Agreement (EULA) which includes language that explicitly permits our included Game Dev content to be used in Games. This change in language opens the door to game developers.

Other updates to Game Dev are on the feature side. Let’s do a quick run-down on the “why” behind these new features and then dig in a little deeper.

Out of the box, Poser’s 3D character content is great, but wasn’t optimized for interactive use. It’s high in polygon count to produce rendered images and animation, with weight mapped rigging and driven morphs to support realistic bending and swappable clothing. Game and interactive developers need content with a low-poly count and game engines generally perform better with a single figure with more basic rigging rather than Poser’s compound characters with clothes.

Game Dev’s features were designed to edit and deliver character content for game developers’ needs. These new features transform any Poser content, not just the included content, into game-ready assets. Here is the quick elevator-pitch on those features.

- Polygon Reduction to reduce overall polygon counts to handle interactivity better.
- Figure Combining to merge a base figure with several clothing items into a new single figure with a single rig.
- Unseen Polygon Removal to delete polygons on body parts which are under clothing and would never be seen or needed in a game
- FBX Support to get converted Poser content into game engines including Unity, Unreal, Crytek and basically any other platform that has FBX support
- KINECT for Windows because gamers tend to have hardware hanging out, and capturing motion data with Kinect is really fun. 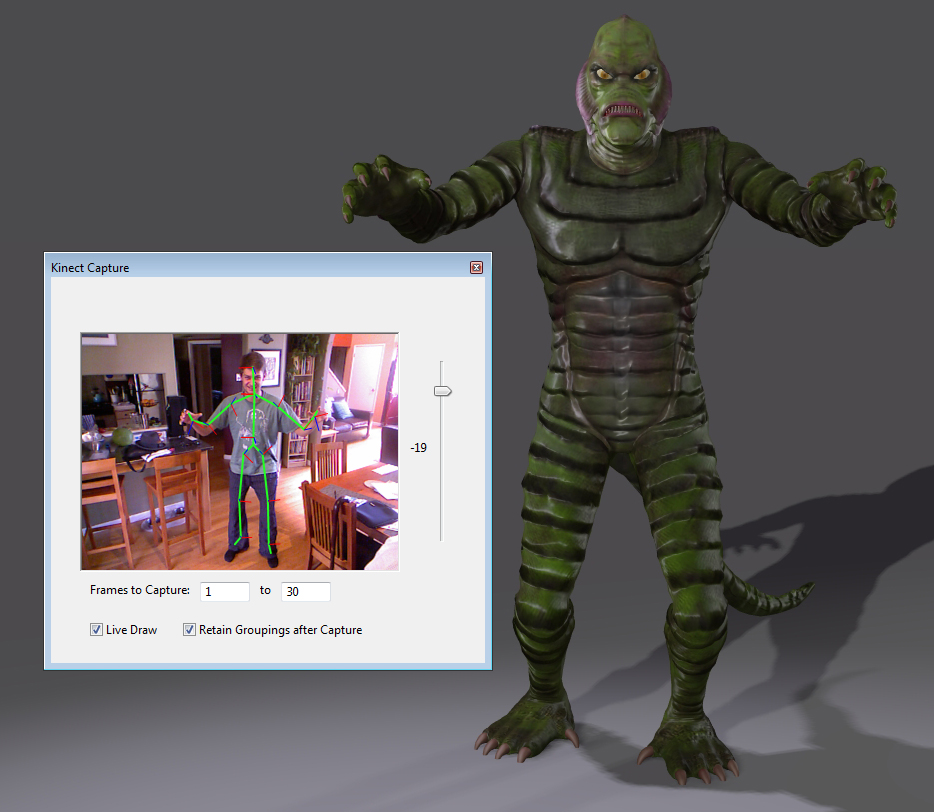 Use your Kinect hardware to capture motion data.

All these game content prep features were designed to help game developers take stock Poser characters, props and scenery and tailor it for games or interactive content they’re developing.

For third party Poser content developers, the primary challenge is straight forward. To sell content to game developers, they will need to give permission to their buyers to use that content in a game. To hold hands on this concept a little – without that fundamental change, the opportunity to sell content to those new users won’t happen. They will need your permission to include that content in their game or interactive project.

As long as those game developers aren’t competitively reselling your proprietary content as content, then their game isn’t very different than if your content is being used in an animated film or in an illustration. If the talented third party content developers in the Poser eco-system can get past that hurdle, then Poser Pro Game Dev will be the portal to a new base of enthusiastic 3D content buyers.

As for exposure to game developers in this new vertical, we’re always looking for games, interactive projects and compelling 3D content that can inspire new game developers. If you’re tailoring a set of outfits for game deliverable figures or new structures that can be used in a gaming environment or have a cool props like armor, swords, trees or furniture we want to hear what you’re doing. Perhaps we can help open the door for your content.

The new Figure Combining and Unseen Polygon feature will merge compound clothed figures into a new single figure and remove hidden polygons that are invisible under clothing.

The last challenge comes in providing content designed to fit a figure that can get into a game. Be sure the accessory content you’re creating will work on a figure that can be deployed in a game, not all can – check those restrictions carefully. As a reminder, any figure included with Poser or created by us is fair game. Pun intended.

Bottomline, we’re heading into the game developer space with great new tools, and clearer licensing and some solid partners. We encourage everyone who has been creating Poser-ready 3D content to jump into this new market with us. Game On!