Why Poser Makes it Easy to Create Game Content

If you’ve been using Poser forever you might have forgotten about some of the core features that make it easy to bring characters to life. If you’re new to Poser, maybe you’ve been asking why you should add Poser Pro Game Dev to your toolkit for game and interactive content creation. In either case, or even if you’re somewhere in middle, be sure to read on.

In this article, we’ll take a quick look at some very cool Poser features and content that get forgotten, or that you might not have known about.

Something that gets everyone’s pulse running? Poser’s Walk Designer. This cool tool blends between animated walk and run cycles and allows you to tweak various parts of the animation, adding in arm movement, stride length and blending between some basic walk and run cycles, and even some crazy ones. A quick tip? There are different optimized animation sets depending on the figure you’re using, for instance Poser 10 animations work best for Rex and Roxie. Have some fun getting your character up and running!

The Walk Designer creates animated walk and run cycles in place or on an editable path.

Because no one wants a character that looks like a clone, there’s the Face Room. All stock Poser human figures aside from the kids, cartoons and the early Poser 4 legacy characters work in the Face Room. It’s like virtual putty to create custom facial features, even caricatures; click, drag, sculpt. It also will let you import facial photos to create custom characters too. Output the custom face as a morph, or generate a new texture and shape – it’s easy, fast and really cool to use. Plus, your figures won’t look box stock. 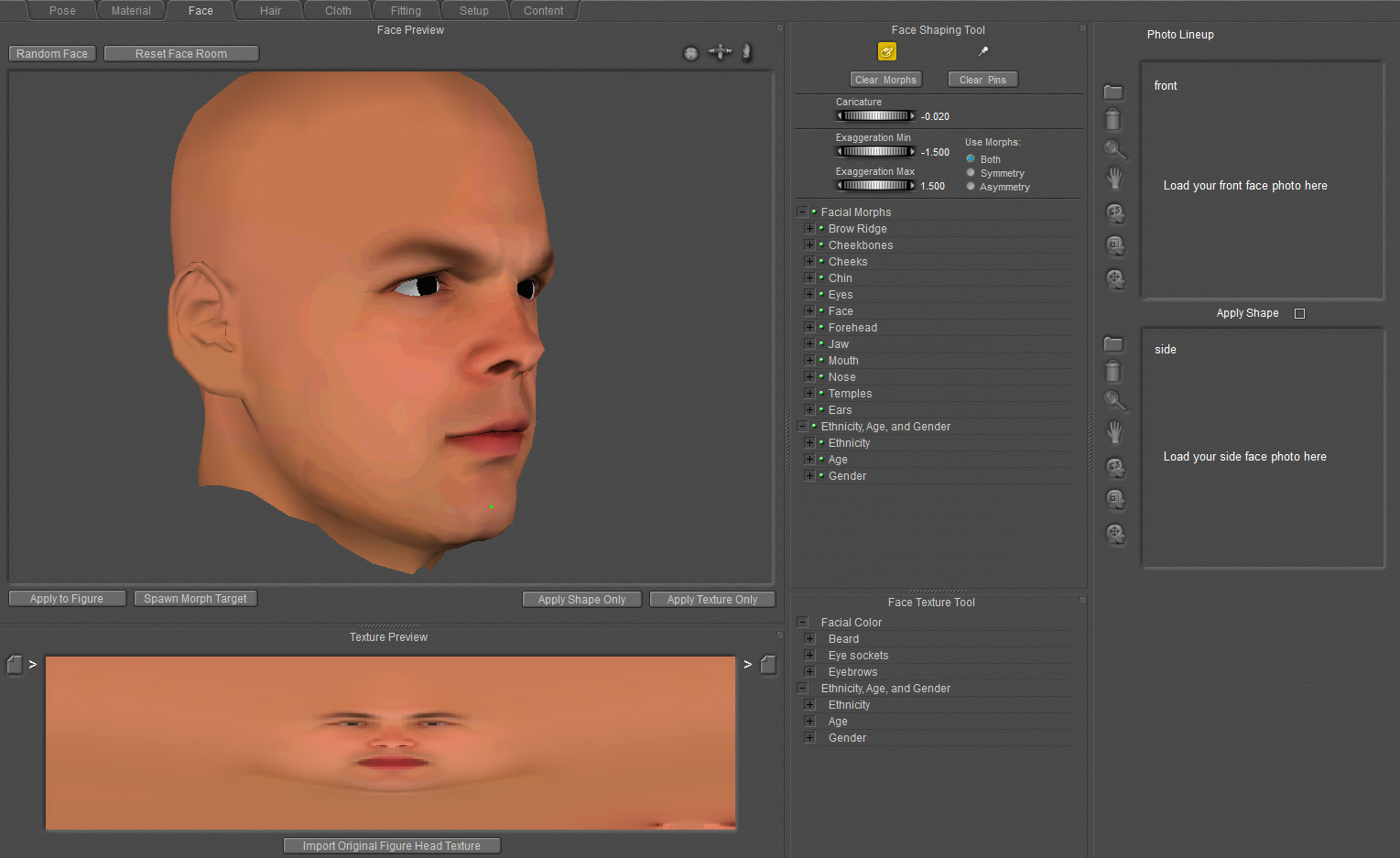 Use the Face Room to customize your characters so they won't have that box-stock look. You can save your custom characters in the Library to re-use them in all your projects.

Do your characters have something to say? Try the Talk Designer. It’s a very smart way to add a little sass to your 3D people and other figures. Take a spoken word file, import it, and let the Talk Designer drive a set of Visemes on the character and do its magic. Drive eye blinks, head movements and even facial expressions. You can add in text clues to help, and it even supports these languages: English, French, German & Japanese 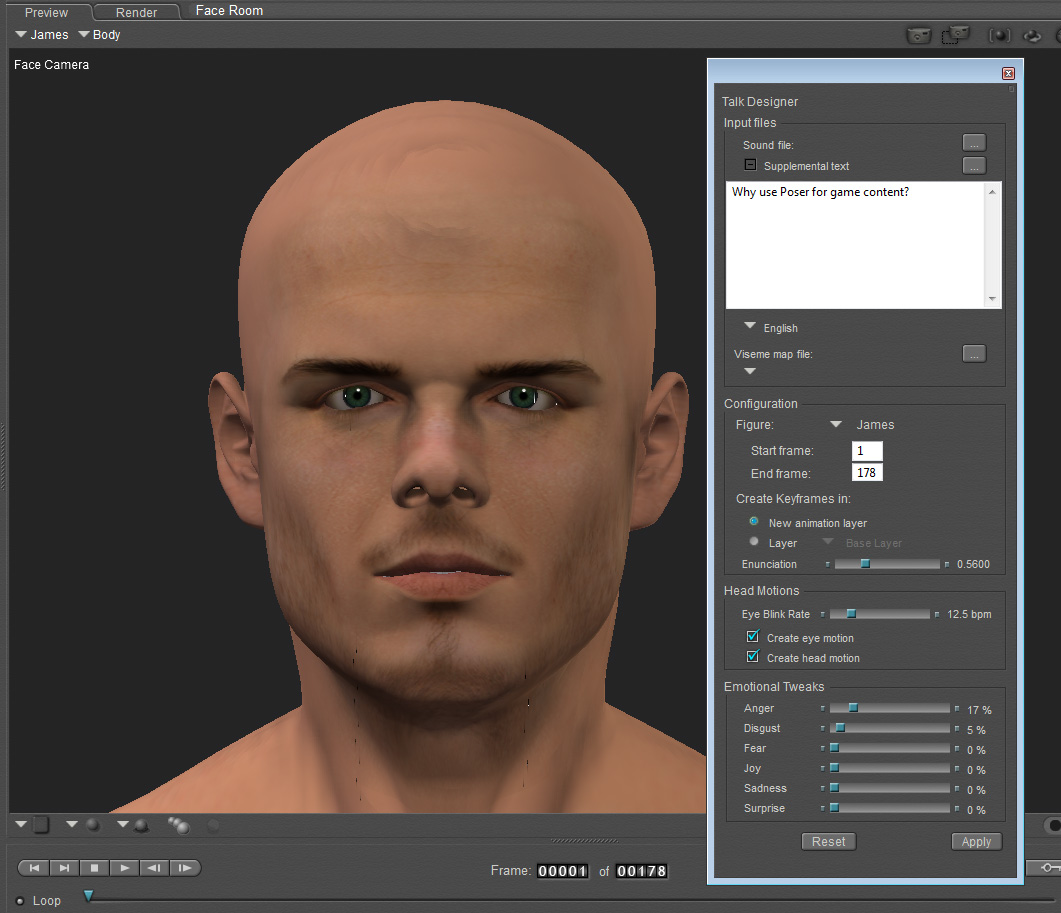 The Talk Designer will transform your characters by adding in animated lip, teeth and tongue keyframes to synthesize speech that matches your imported sound files.

Mocap data import gets your figures moving. We’ve supported BVH motion data import for years now, and it still works fantastic. Grab motion from a variety of sources, including our friends at Mixamo, import it, and get your characters dancing, fighting, swinging a bat, or jumping into a round house kick. Don’t forget that you can also grab mocap data from Poser Pro Game Dev’s Kinect plug-in (currently supporting Kinect for Windows).

Lastly, but importantly, there’s the library. The amount of content that is furnished with Poser is staggering (over 5GB). There’s far too much to list here, but this link on our website will shed some light on what’s included. The Poser Pro Game Dev license lets you distribute any included Poser content in your game, and it also covers the accessory content we offer on Content Paradise.

Over 5GB of character and 3D scene content will help you populate your game, fast!

The basic idea on “why Poser” is simple. You want to build your game. Building awesome characters for that game can be in whole other league, and depending on your skills they may leave you feeling a little defeated. The content in Poser Pro Game Dev, along with the tools will jump start your character efforts and get your game populated, prototyped and playable in record time.