As you probably know, Vince Dorse is our featured artist of the week. Here is a post written about his drawing process in Manga Studio. Don't forget to follow ourTwitter page to see a piece of Vince's work shared on Twitter every day this week. Thanks for reading. Enjoy!

So here’s a character I designed for an upcoming project. The Lodger. He’s a creepy guy who hangs out in cluttered attics. So, totally autobiographical. Anyway, he was created almost entirely in Manga Studio and I posted some of the steps below. 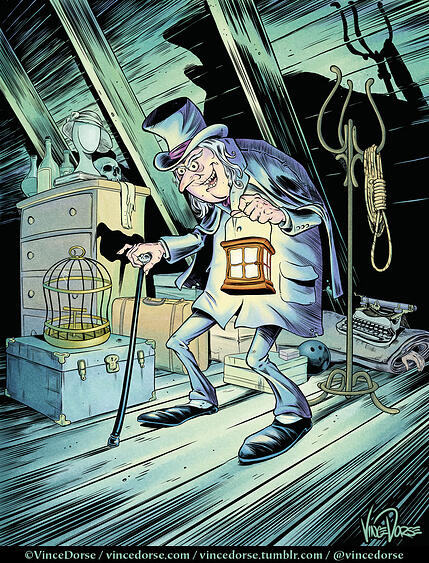 Rough Sketch: I scribbled down the idea for this piece in my sketchbook. You can see I still hadn't decided where to put the coat rack, and at one point I thought a full-length mirror would be nice. I nixed the mirror because I didn't want to have to worry about drawing all the reflections. 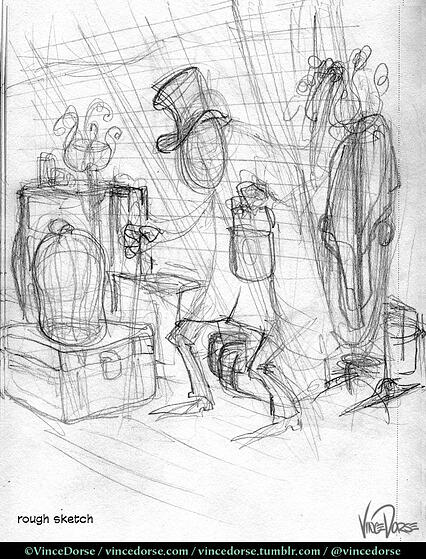 Pencils: I scanned in my rough sketch and used it as a guide to lay down my perspective rulers in Manga Studio. Then I used the blue layout pencil to draw a more polished sketch and rough in the objects of the room. 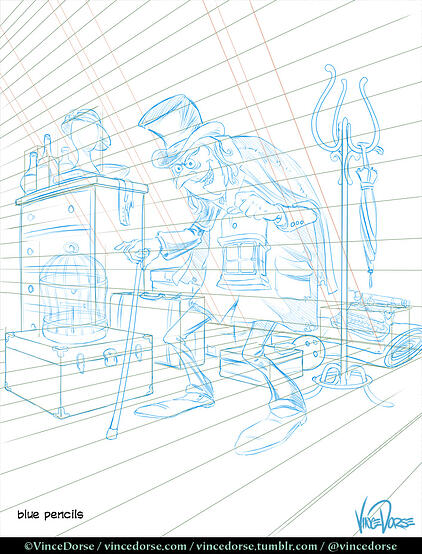 Inks: The inks were done in Manga Studio (mostly G-pen and bucket fills). Sometimes I left the rulers switched on when I wanted the lines to conform to the perspective grid, other times I’d switch them off if I wanted a more organic line. The finished, colored with a combination of MS’s watercolor and pastel tools, is up top. 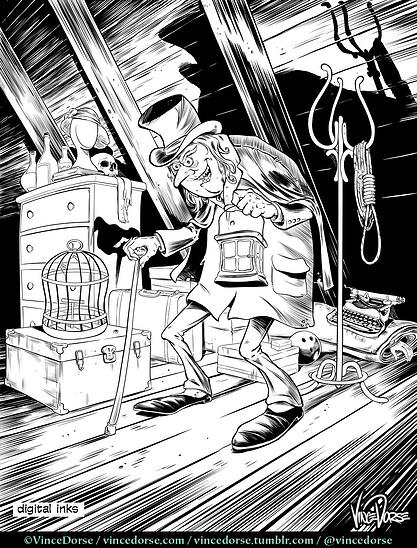