The Process of Creating Dr. Frankenbrain: A Manga Studio illustration by Vince Dorse

We want to give a big thank you to Vince Dorse for showing other artists his drawing process in Manga Studio. Don't forget to follow us on Twitter for more exciting news!

The Mad Maze of Doctor Frankenbrain : My Manga Studio Process

I’ve wanted to do a “brain maze” kids’ activity page for a while now, and I figured since I was teaching myself all the different tools in Manga Studio 5, what better time, and on what better piece, to run an experiment? So let’s go down into the laboratory and see how I put this illustration together.

Rough Sketch: Did this in my sketchbook, pencil on paper. Since the flat-topped monster is pretty iconic and recognizable, I could’ve gone a few different directions with the mad doctor. I chose to model him loosely on Gene Wilder’s character in Young Frankenstein. 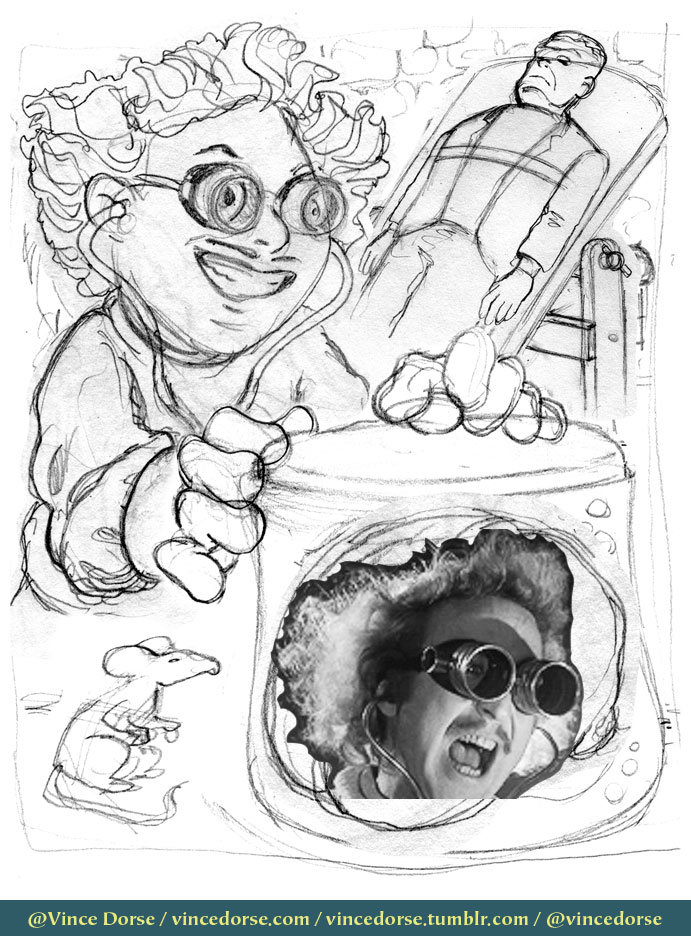 Line Work: Once my sketch was scanned in, I used it as a guide to lay down some lines with the colored pencils in Manga Studio. Even at this early stage I was playing around with the figure rulers (circle for the goggles) and symmetry ruler (the glass jar with the brain in it). In this image, I’ve also painted in some castle-wall stonework with pastel brushes. 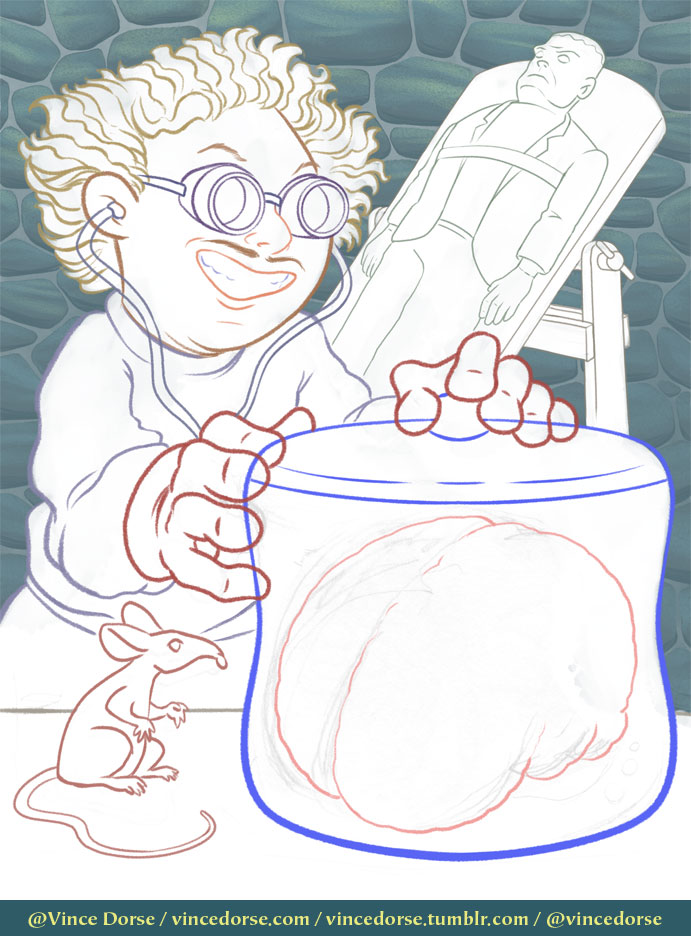 Coloring The Figures: I stuck mostly with pastels and colored pencil tools in Manga Studio to bring the figures to life. I used the blending tools for some of the transitions and, with some parts and pieces, the airbrush tool to smooth things out. Basically, I just dug through the toolbox and tried just about anything that I thought might work. I even grabbed an inking pen for some fine line details. 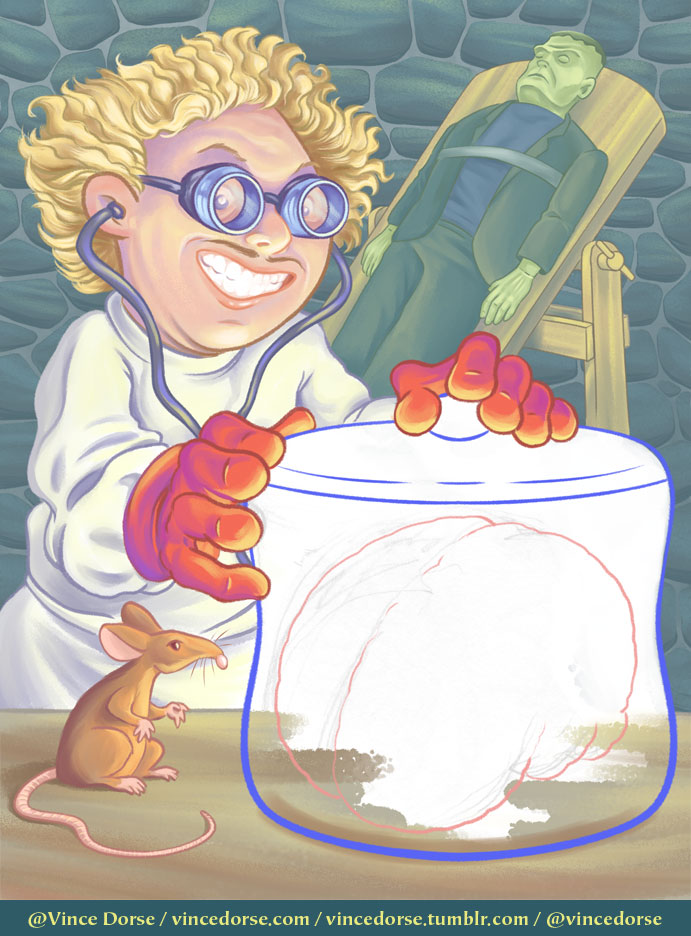 The laboratory test tubes and vials were a last minute addition. At first, I free-handed them, but they looked a little sloppy. So I decided to use the figure rulers, curve rulers and symmetry rules in conjunction with one another to shape the objects. 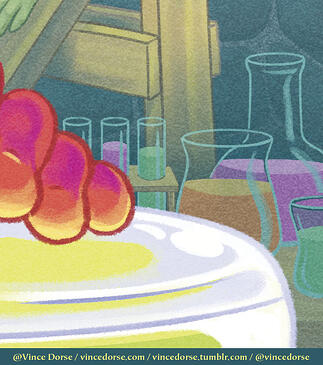 Overall, a successful experiment. I’m looking forward to going back to the lab and tinkering a little more with Manga Studio 5.