Smith Micro is launching a series of weekly Featured Artists to promote skilled digital artists who use our software; Anime Studio, Poser, and Manga Studio aka Clip Studio Paint. These featured artists are also promoted on our Twitter & Facebook Pages. A piece of their work will be shared on these platforms every day of their featured week. Thanks for reading. Enjoy!

Since my childhood days, art in some form has always come naturally to me. From sketching, to poetry, to drama, to digital, I have always been fascinated by the ability to create and to make others feel emotion. Of all mediums, the one that stuck was the digital one. From the start of my digital creativity, Paint Shop Pro and Poser have been my go-to programs of choice. I have been using Poser since version 6, and I now use Poser Pro 2014. Through the years I've been using Poser to create my artwork, I've learned a lot, and I'd like to share some of my workflow and knowledge of the program. 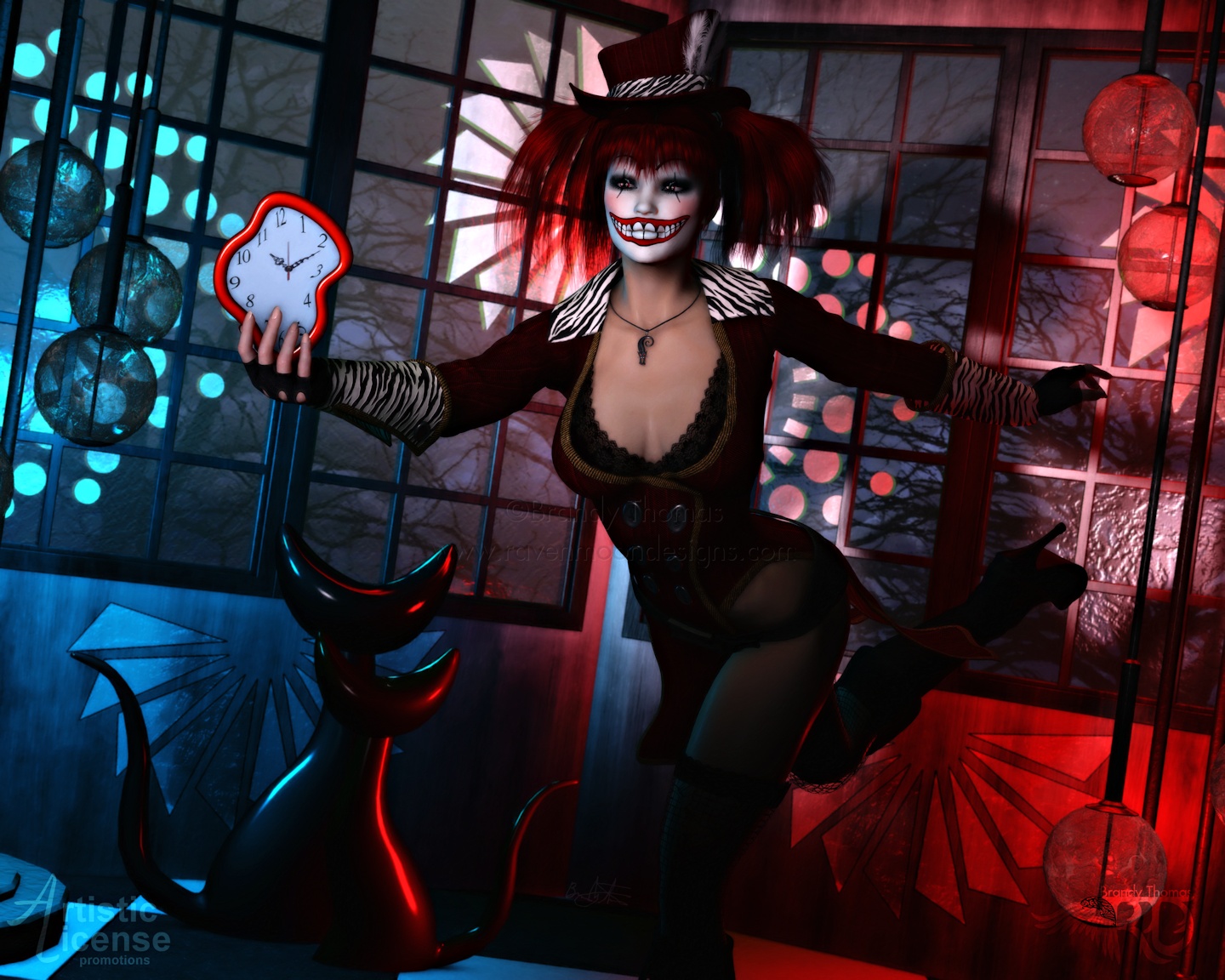 1. I'm a bit spontaneous in that I never really open the program with a set idea in mind. Usually, I'm working with a blank canvas of mind as well as program. As I'm going through my runtimes of characters, clothing, hair, and props, I start loading things up and putting things together...and that's when ideas form for where I want that scene to go. Once in a while I'll go in with a set idea, but mostly it just comes to me as I'm working. 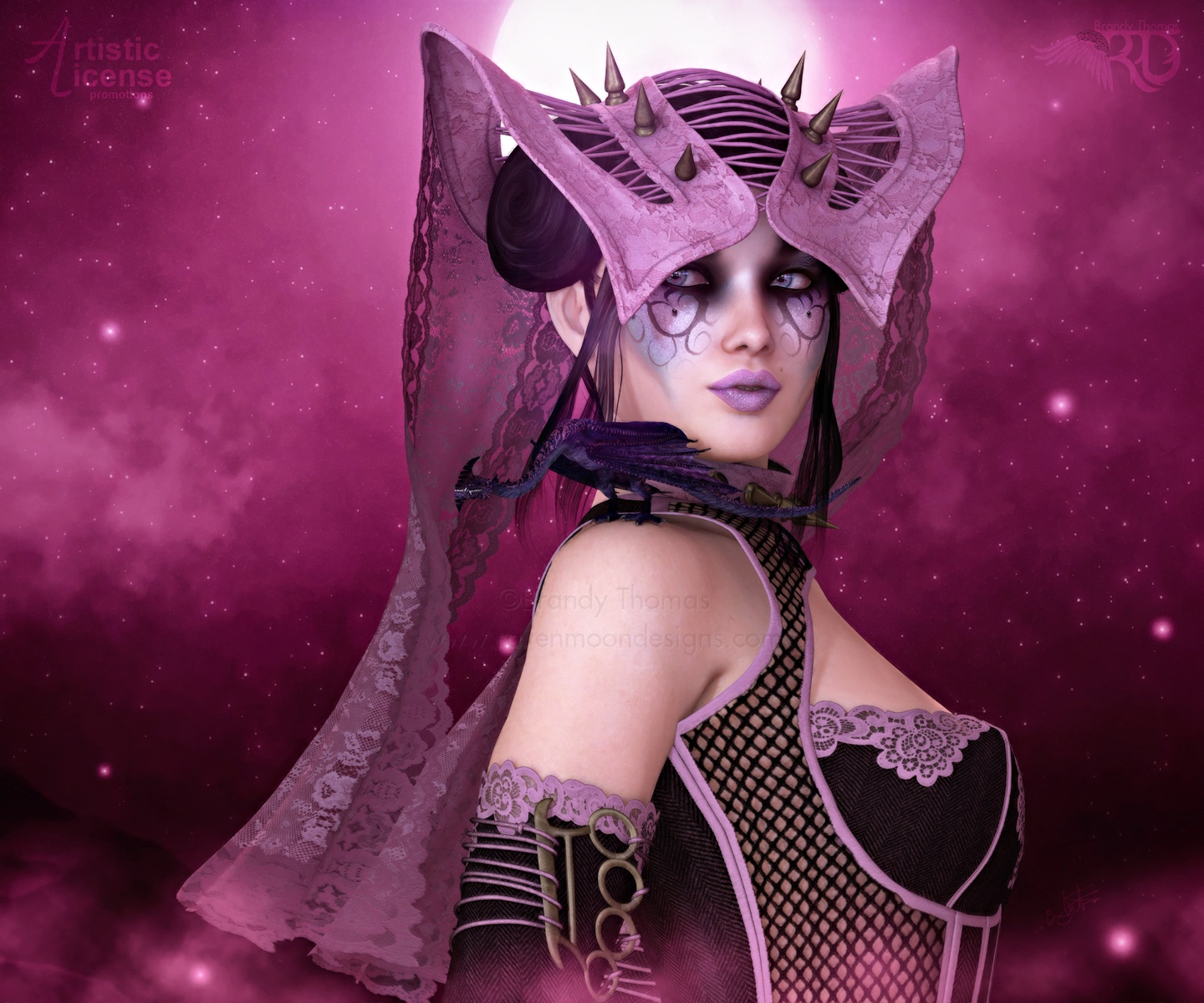 2. I use pre-made backgrounds in a lot of my work, and I find that changing them in some way - by cropping, altering the color tones, and/or adding elements like sparkles and other brush-type graphics in post work - helps to personalize the scene to my style. Also adding background and foreground elements - such as animals, flowers, grasses, rocks, trees, candles, ect. - in Poser adds more depth to the scene.

3. I love the look depth of field gives, so I use the Depth of Field (DoF) setting in Poser all the time. I have found that even when importing a pre-made background, using DoF sharpens whatever the camera is focused on. So while there may be no DoF blur visible in the scene, the character is actually quite sharper than without using the DoF setting. And unless there is actual blur being utilized in scene, the render time does not really increase from rendering without DoF. There is a tool in the RuntimeDNA marketplace I use to calculate correct DoF called Advanced Lights and Camera Guides.

4. I often get positive comments on the posing and expressions of the characters in my scenes. Expressions can be subtle or they can be extreme, whatever the scene calls for. But the characters must have some sort of expression. Blank stares, whether into the camera or not, are not really engaging to the viewer. While I use canned (pre-made) poses, I often tweak them or mix one pose with another to create a new pose that fits my scene. Also, I make sure a bend can really be done. The human body can only bend so many ways. 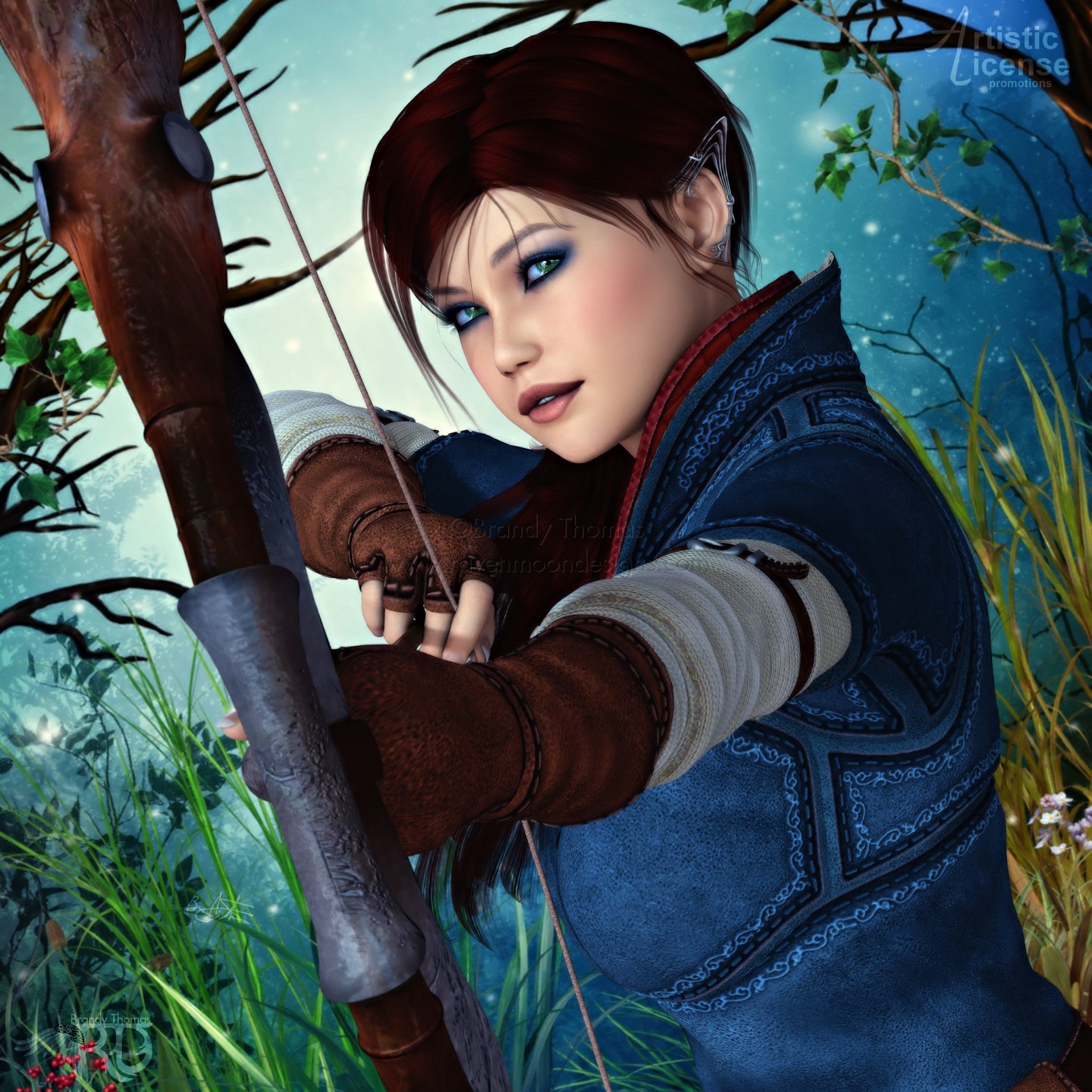 5. The last element I add to the scene before rendering, and I know a lot of people struggle with it, even I still do from time to time, is lighting. Lighting is essential in any scene. It sets the mood. Use light colors similar to your background if using one. If there's a back-light source - sun, moon, candlelight, ect. - in your scene, make sure to add some sort of rim or point light behind your character. If there are lit candles anywhere in your scene (background or 3D), add one or more point lights to them to give that real-lighting feel.

That's just a little insight into my artistic mind and how I utilize Poser to create my artwork. If you want to learn more and see more of my work, you can follow me on Facebook and Watch me on DeviantArt. Also, feel free to visit my website.