How Moho is Used to Produce the Show Puffin Rock

We asked Jeremy Purcell, Assistant Director for Cartoon Saloon, the studio that created the new children's critically acclaimed Puffin Rock, to tell us a bit about the show and how Moho Pro 12 was used to create this series. Today they are in the process of finishing their second batch of 39 episodes and it has already launched with Netflix in North America in September 2015. Puffin Rock will roll out across many other territories via Netflix over the rest of 2015 and 2016 in over 10 different languages. The series continues to air on RTE jr., Nick jr. UK, SVT and NRK among others in Europe and ABC Australia.

To start from the beginning, Tomm Moore originally had the idea for the series while on Holiday in Kerry, the same holiday he had the idea for his Oscar nominated feature film, Song of the Sea. Although, as he says himself, it was a very thin idea at first. He visited some Puffins on an island and thought they were great, which of course they are and thought we should make a show about them. The title was there from the beginning, Puffin Rock.

Co-creators Paul Young and Lily Bernard helped to develop the visual style and series concept. Co-producers Dog Ears and Penguin Books came on board to help shape Puffin Rock to what it is today. Director Maurice Joyce has kept the whole series on track creatively with Line Producer Nuria G.Blanco making sure nobody falls overboard!

I pitched Moho as the software to use on Puffin Rock with a little test of Baba jumping from one rock to another. The flexibility of the model and the speed at which the test was made sealed the deal with the Producers. By this stage Moho had been used on Song of the Sea to animate several backgrounds, vehicles, schools of fish and a whale to mention a few, so at the end of the day it wasn't hard to convince everyone involved, Moho was the way to go!

We use Moho to create all the animation for Puffin Rock, all the characters, the insects, the sea life and even the grass blowing in the wind. It is such a versatile program which allows us to mix between vectors, particles and image layers all within the one scene.

The design of the show is very important to us and Moho brushes and vector textures are what helps us integrate the characters and backgrounds so convincingly. Once a character is designed in Photoshop it is re-built in Moho matching as closely as possible to the original design, as you can see here from this example our rigger is very skilled with Moho brushes. 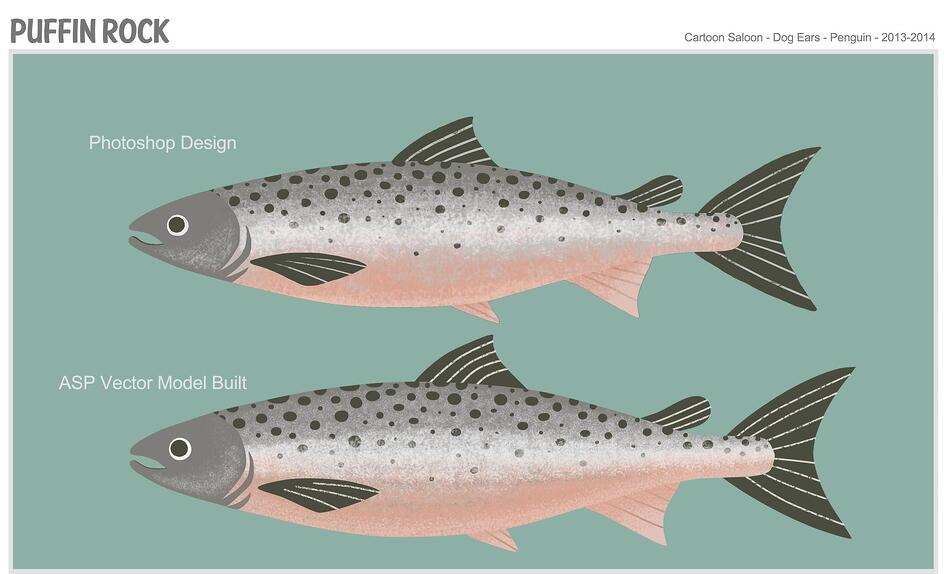 Oona is our main character and she forms the benchmark of how a character is constructed by our design and rigging team.

Each character has a series of mouth shapes we build in using a SWITCH layer, so all the lip-sync in the show is done by the animator of each scene, but we also use the switch layers to display the expressions of the character. Each character is built with a range of expressions, similar to the ones shown here with Oona. 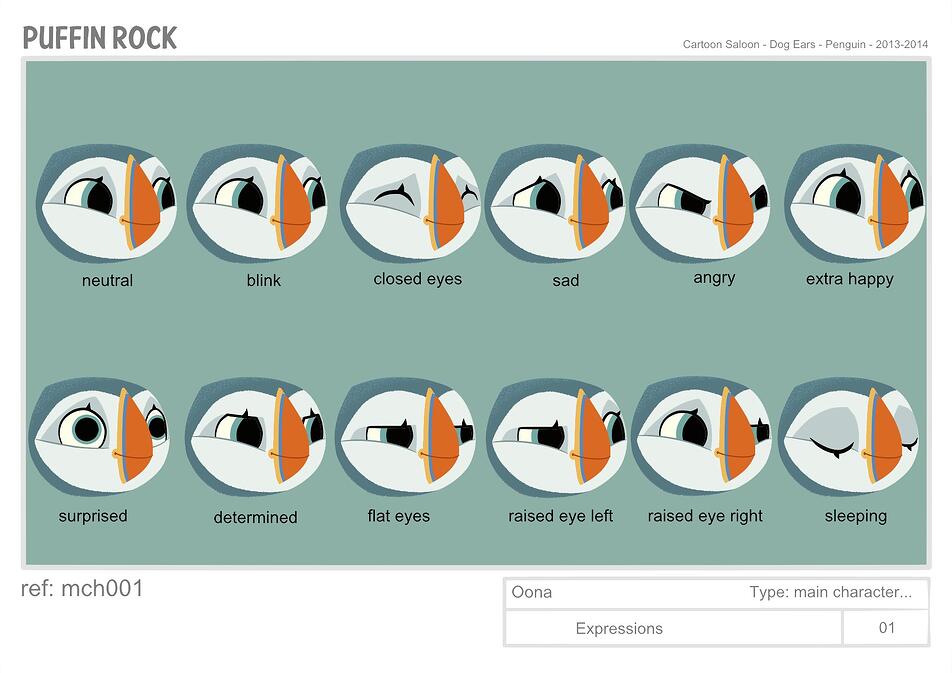 Once a new character is finished in rigging, it goes into animation and using the new reference layers features, the animators are able to request fixes to the model that can be done by a rigger and updated directly into their scenes. Thanks to Moho, we have started mixing in hand drawn effects into the animation, producing snow splashes and flurries to great effect.

And to make the use of Moho even better, we integrated it fully into our pipeline for Season 2 by using Deadline, a render farm software with Shotgun. Moho and our technical team, lead by Mark Mullery, Technical Director and Composite Supervisor, were able to make each program talk to each other. So our animators and background artists can submit their work from within Shotgun to be placed onto the Supervisors' list for review and subsequently in front of our Director’s eyes for approval. All helping our Production Manager, Anne-Flore Aussant keep everything moving.

This is the trailer for the Puffin Rock series.