We recently sat down with multi award-winning designer and 3D artist, Sophia Kyriacou. We asked her to tell us a bit about her experience working nearly 20 years for a top British broadcaster, how her work led her to start using and fall in love with Poser and where she's at now! Here is what she had to say:

About two years ago I decided to free up some of my full time to focus on my own creative ventures and have been incredibly lucky to work with exciting clients and projects from documentaries to programme brands. It is a very exciting time, but also humbling knowing your work has been seen by millions of people globally.

I have always had a huge passion for storytelling via the moving image, using 3D applications as my vehicle to do so. I have always had a huge interest in technology and for me CGI was a natural progression after spending a lot of time working with physical 3D objects and Stop-Frame Animation techniques, especially in my early years as a creative, both within my training and at the start of my broadcast career.

I was recently commissioned by Noon Visual Creatives to design a television programme brand on the various aspects of human rights, simply called, Human Rights.

Considering the subject matter, people, it was impossible to create a sequence that did not contain figures.

Obviously, depending on the actual commission and budget that require the use of simple 3D characters, figures within Poser Pro are a great resource. I like its ease of use and being able to quickly produce great results and at an affordable cost no less. It is an application I have always felt comfortable with. I have been using it for over 15 years. Poser has always been an integral part of my workflow and was the obvious choice when I began creating my animated figures within The Human Rights Zoetrope opening titles. 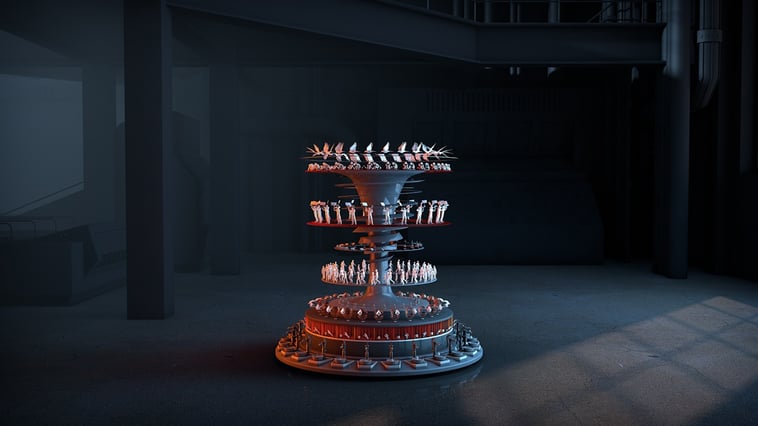 Full shot of the entire Zoetrope.

To express the various aspects of human rights I turned to the concept of the Zoetrope. The Zoetrope is grounded by water and without it there simply is no life. As the viewer is taken above the tiers, the imprisoned dove flying free contrasts the negative scenario of the prisoner, given optimism by a strong burst of orange. 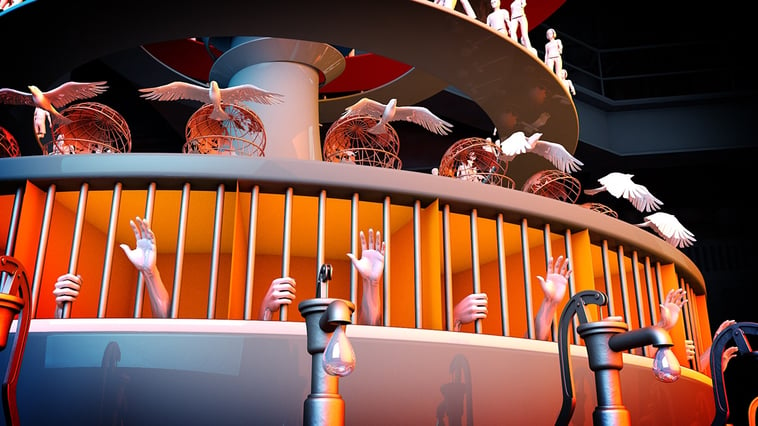 Below, a Syrian child wearing a life jacket suggests they have traveled across the Mediterranean Sea to find hope and is contrasted by a young girl oblivious, happily playing with a spinning top. 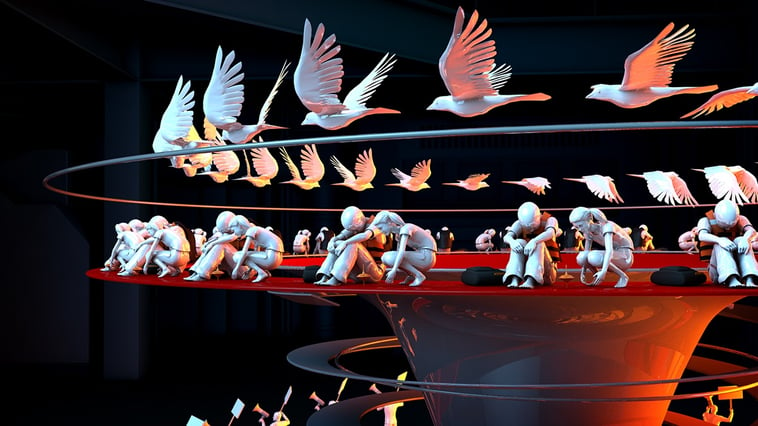 An essential part of the brief was that the opening title sequence had to withstand repeated viewing, create an emotional response, packed with stories and deliver both English and Arabic end frame typographical versions, but with identical visuals. 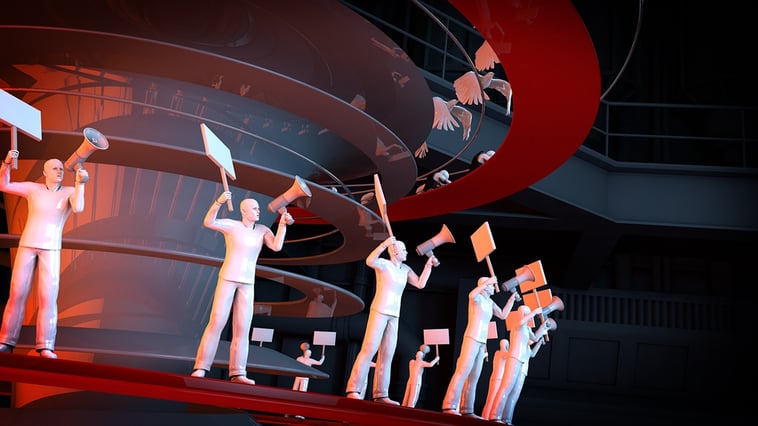 This modern day 3D Zoetrope is fully functional, built in exactly the same way as a traditional one. The 25 stop-frame animated objects, per tier are split over a circumference, once spun over 360 degrees they come alive, creating an illusion of movement. If the Zoetrope does not spin the objects do not move. It is that simple. 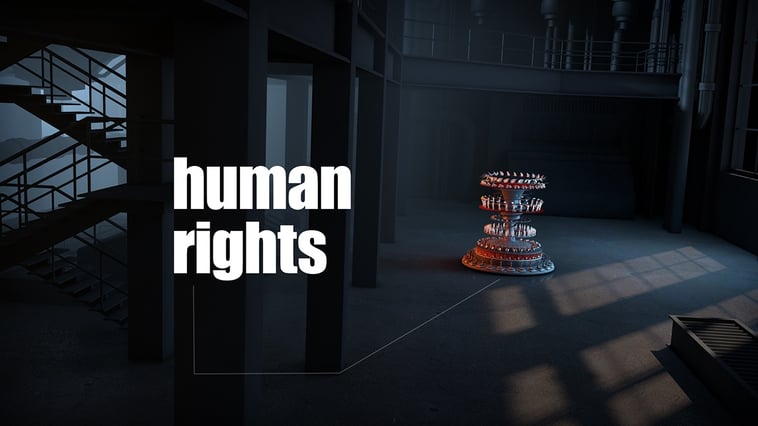 I created walk cycles and simple animated loops in advance as native Poser files. Then, using the PoserFusion Plugin, I was able to import the data files into Cinema 4D. Where I didn’t use the PoserFusion plugin I used the Alembic export, which I found very useful.

Screen shot of creating a walk cycle within Poser.

Once all objects were split, I was able to import them into the Master Cinema 4D scene where I focused on the several camera shots, lighting and texturing.

Since the completion and release of ‘The Human Rights Zoetrope’ Opening Titles, they have gone on to win Gold at the Muse Creative Awards in the Motion Graphics Category and featured in the Cinema 4D Motion Graphics UK Reel.

For me, receiving such an accolade was very important; as this was the first award I gained since starting my own London studio two years ago. Obviously, it’s not just about winning it’s about reaching a certain level and being the best artist I possibly can. I have also recently been given full voting membership at BAFTA. I’m very excited about joining BAFTA because it will give me exposure to an enormously talented creative community in film and television, of all genres and specialism. This will not only positively inspire and stimulate my own creative work, but hopefully my creative passion will influence others too. It’s an honour and very exciting!  This is a very exciting time for me!

To learn more about Sophia Kyriacou and her work check out her website or Vimeo channel!