This is his creative process when creating artwork in Poser:

The first step in my creative process is to plan out the direction, theme, messages and overall composition of the artwork. This is done through a back & forth process of sketch drafts, concept renders, journaling and revision. I continue this early process for as long as it takes until the base idea of the artwork has a solid foundation to build from. I like to keep a certain level of openness for creative spontaneity for the actual creation of the artwork, so I keep these drafts fairly open for creative freedom to come through in later stages. They serve as the guide posts for the artwork and help form the artwork in my mind. 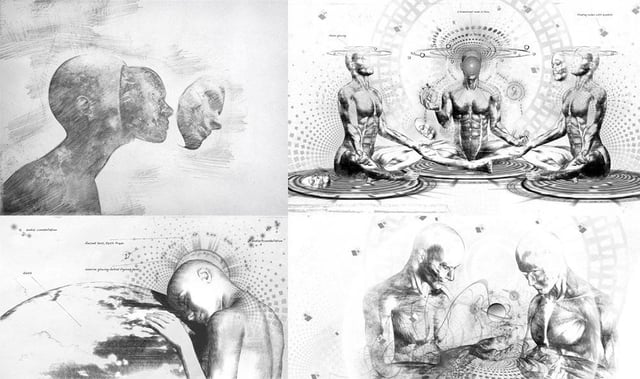 This is the most difficult stage of creating each piece for me. I now have the base of what the piece will eventually look like, but the main elements of the artwork need to be composed and the groundwork for the artwork needs to take shape. In theory this stage appears to be simple, but everything that the artwork will become is built from this stage. It’s not uncommon for me to spend 30+ hours on this stage, constantly trashing and re-constructing compositions until I find the best way which works. Sometimes I find things from the early drafts simply don’t work in the reality of creating the artwork. When this happens I re-visit the drafts to figure out how to best proceed with the design, or what other ways I can get those ideas to work. This stage doesn’t focus on details, color or lighting, but all of those elements need to be foreseen and taken into consideration during this stage. In a sense, I’m constantly looking multiple steps ahead and making adjustments as I go. I have to constantly ask myself where the lighting sources will come from, what elements will be blocking particular parts in the artwork, are the scale of the base elements correct, and are the poses and gestures pleasing to the eye to build the artwork around. 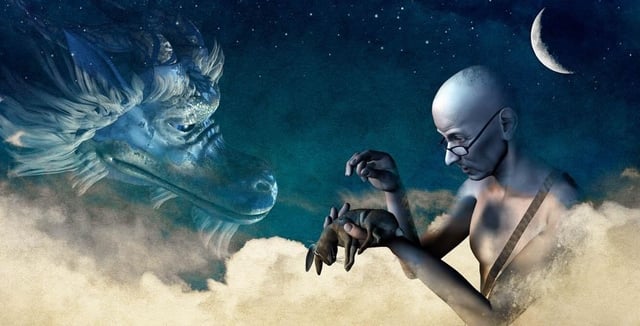 This is where the real fun part of the process begins and where I spend most of my time. Once the base scene is composed and the main dominant elements fit together, I can begin the process of coloring, texturing, lighting, shading and composing all the hundreds to sometimes thousands of smaller details that make up the artwork. This process utilizes a wide and ever-growing range of tools and techniques. Everything from hand-drawn & hand-painted elements, digitally painted elements, 3D models, 3D sculpting, photography etc. Anything that is needed to achieve the vision of the artwork is utilized in this stage. If I don’t know how to do something, I’ll learn it and implement it on the go.

This particular stage is where the creative freedom that I left open from the concept stage begins to show itself. The tiny details that tell the story behind the artwork begin to emerge, and it’s where I like to hide little Easter eggs and hidden messages in the piece. It’s the stage of the creative process where I will lose track of time and become completely immersed in the work. It’s a very meditative stage where the piece begins to start flowing together; the creative energy is electric, and I am witnessing the “birth” of the artwork.

The artwork displayed in this post was originally created in Poser 9. Cameron recently updated to Poser 11.