How to Organize Your Animation More Efficiently Using Colored Bones

Time is precious, so if we can save some of it by finishing a job quicker, we'll do it! Same rule applies for animating, cue Colored Bones. The Colored Bones feature included in 2D animation program, Anime Studio Pro 11, makes animating a breeze! It allows you to organize and control your bone animation in the most efficient way possible. Plus with the ability to create automatic Smart Bone Dials making Smart Bones is even easier!

The concept is simple: Using the Select Bone tool, you can select one or more bones and assign a color to them: 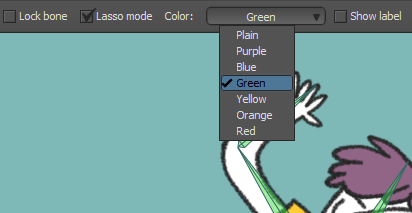 For instance, I have these four characters moving together in one single rig.

I could separate them into four different characters rigs, but the animation I was looking for was so simple, that I preferred to rig everything in one bone layer. 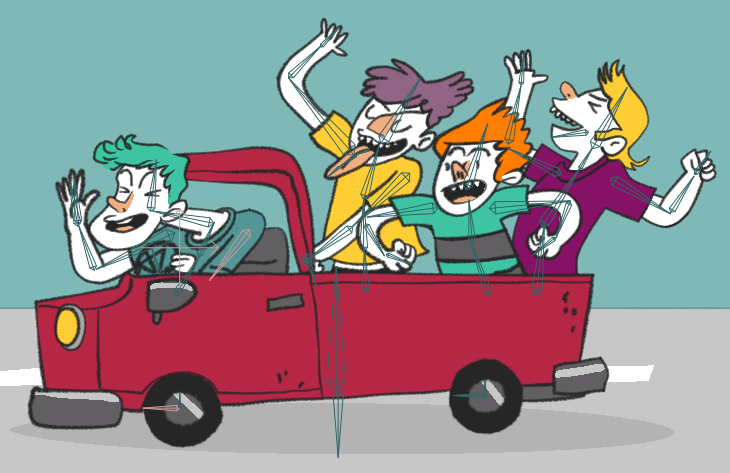 To simplify the animation process, I assigned one color for each of the characters: 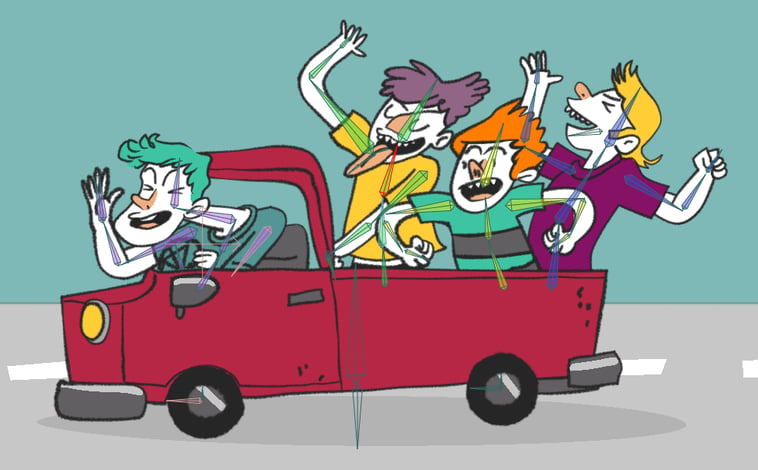 As you can see the first character is Purple, the second Green, the third Yellow and the fourth Blue.

In the Timeline, the animation will look like this: 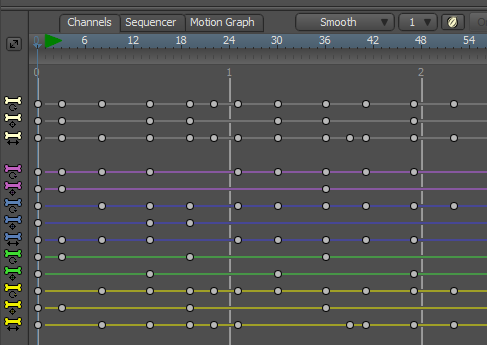 I still have the normal channels for bones, but if I want to edit or erase the animation of only one of the characters, I just edit or remove the keyframes of that character’s color.

Another good use for Colored Bones is to separate the character's parts. For instance, all the Smart Bones that control the eyes can be colored in Green and the Headturn bone can be yellow: 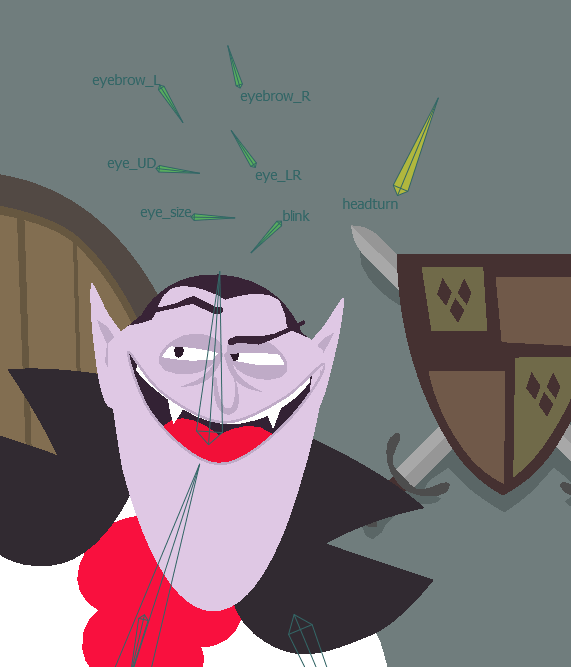 That way, when you check the keyframes in the Timeline you will know exactly when your character is making a head turn or moving its eyes.

As you can see, Colored Bones can be used for several tasks. Some people use it to separate legs and arms, others, for Smart Bones or face expressions. There are many ways you can use this feature to animate more efficiently!