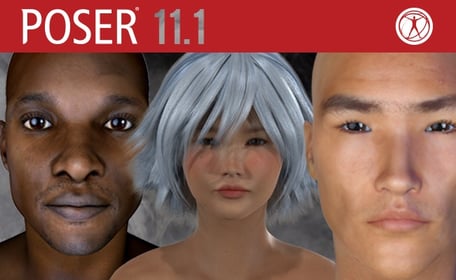 As 2017 winds down, Poser is heating up. Smith Micro has released Poser 11.1, an upgrade extension to Poser 11 and Poser Pro 11. The new release will include: 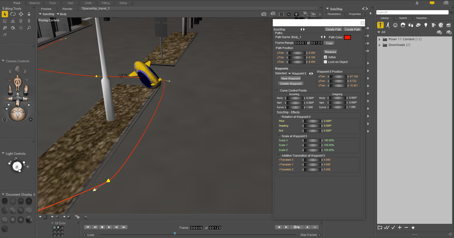 The 3D Animation Paths will introduce the ability for artists to create and manipulate a 3D path on the project scene where an object can travel the path, animating lights, props, actors and cameras in powerful new ways.

This new feature will optimize workflow and productivity by allowing artists to easily identify existing keyframes within a group. The animation palette will display the number of keyframes that a group contains at any given frame.

Categories for Keyframes on Animation Palette

Poser 11.1 will introduce group and individual keyframes organized by categories and color themes. The Animation Palette window is enhanced for management and assignment of categories to keyframes to assist animators with crucial keyframing work.

Here’s what Rafael Torres, Director of Product Management had to say:

“This Poser upgrade brings a set of enhancements and tools for creating even greater 3D animations, especially on moving objects within a 3D world. Animators can now build amazing scenes with moving objects following 3D paths combined with keyframe animation. We also present improved Paul and Pauline figures with photorealistic ethnic variations that will give even more options for creating those fantastic scenes and animations. This release demonstrates the strong position of Poser in the market, and promises even more improvements for upcoming releases.”

Poser 11.1 will be free to all Poser11/Poser Pro 11 users. For customers not on the Poser 11 platform, Smith Micro will be offering special upgrade deals to help the transition to 11.1!