With the latest version of CLIP STUDIO PAINT,  digital artists are able to create classical animations from their designs using frame-by-frame techniques. Take a look at these 4 easy steps to achive this in CSP: 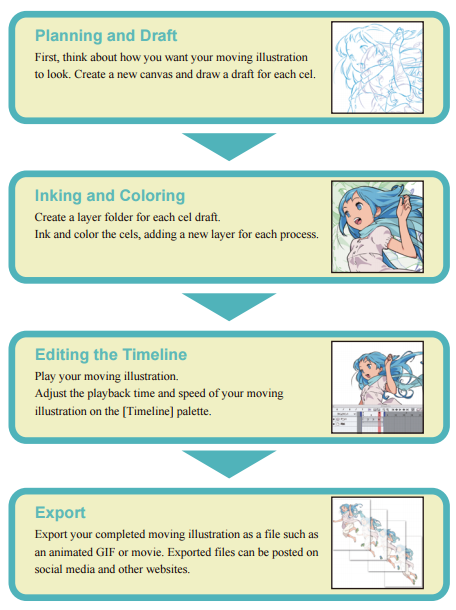 A few notes on what the newest version of CLIP STUDIO PAINT Pro includes:

Also known as frame-by-frame or traditional animation, this technique makes an object or character appear to move on its own. The artist can draw individual cels (frames), which act as transparent sheets that can be layered, and create the illusion of movement when the series of cels is played as a continuous sequence.

This feature provides granular control over timing and display adjustments to create fluid movement of the animations.

The light table illuminates pages, rendering them semi-transparent and making it easier to use multiple layers for reference, which is ideal for creating in-betweens (transitions between cels), and clean-line art for cels and illustrations.

Onion skinning is a technique used in creating animated cartoons and editing movies to see several cels at once, allowing the animator or editor to determine how to create or adjust an image based on the previous image in the sequence.

Drawings and animations can be exported as sequential images, GIFs, and movie formats. 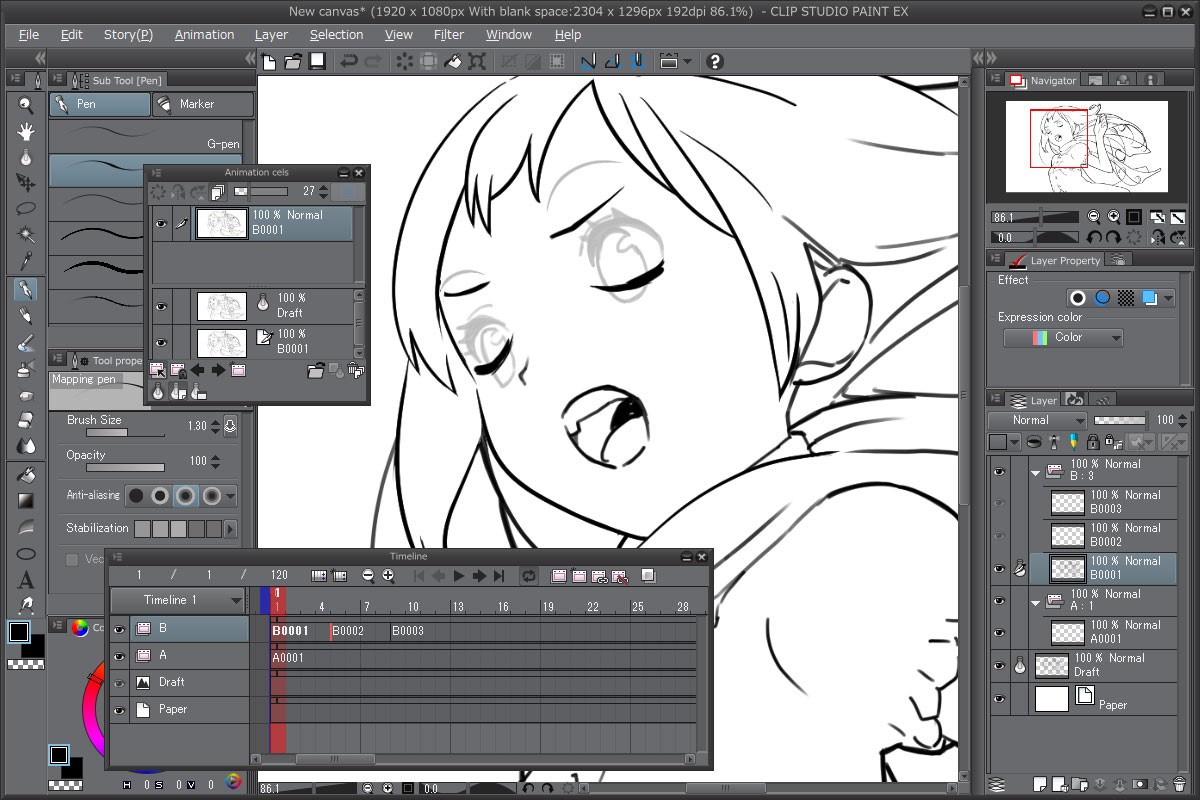 You can add edges or background color to text, and wrap text according to the frames.

All projects (stories) with multiple pages can now be saved as separate files using. 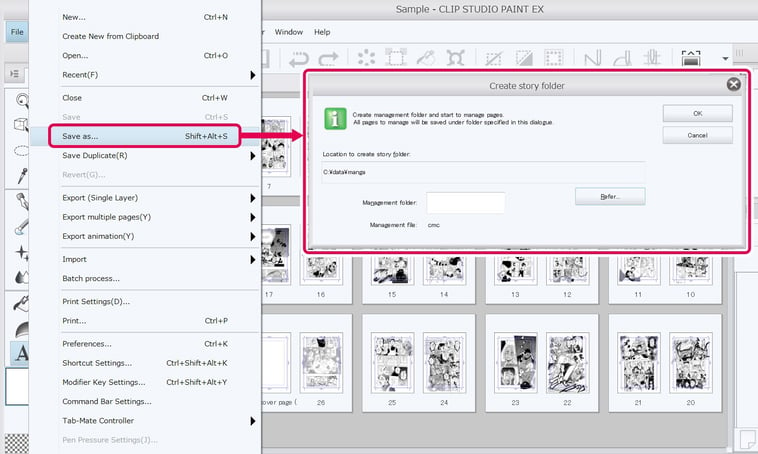 Create a new layer folder and store the selected layers in that folder. 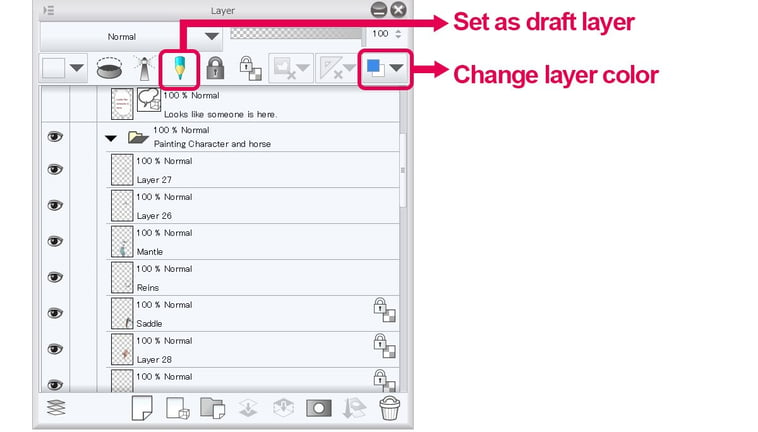 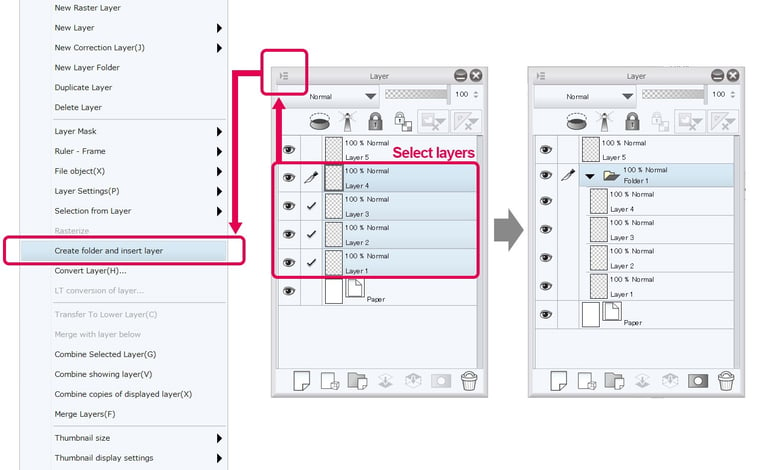 Now you can easily set a layer as a draft layer and change layer colors via the layer’s palette.

For more awesome CSP info check out our latest webinar on How to Animate in CLIP STUDIO PAINT presented by Doug Hills!