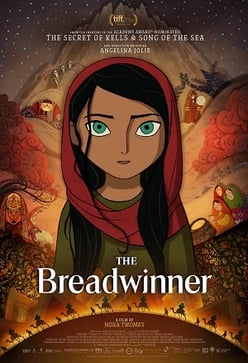 Congratulations to the team at Cartoon Saloon, who has once again produced an Academy Award® nominated film! This year, their film, The Breadwinner, has been nominated for Best Animated Feature Film. Based on the bestselling novel by Deborah Ellis, The Breadwinner tells the story of 11-year-old Parvana who gives up her identity to provide for her family and try to save her father's life.

But why are we so excited? Because Moho was used! In an interview with The Breadwinner director Nora Twomey, she indicates that Moho was specifically used for “the imaginary world…as a rig-based software to mimic cut-out animation.”

In another interview with Bill Desowitz of IndiWire, Nora Twomey said:

“Stylistically, apart from the real world look, there was a secondary world of storytelling when Parvana passes on a fable of childhood empowerment from her father to her younger brother. For this cut-out look, which took advantage of a special character-rig called Moho, the director turned to Toronto-based Guru Studio for the lighting, exporting hundreds of layers per character to achieve texture and depth using Nuke compositing software.”

Watch the trailer and decide for yourself.

This isn’t the first time Cartoon Saloon was nominated for an Academy Award® or has used Moho for a part of their film production. Read about their Oscar® nominated film Song of the Sea.

Congratulations again to Cartoon Saloon and good luck to The Breadwinner on March 4!

OSCAR® and Academy Award® are registered trademarks of the Academy of Motion Picture Arts and Sciences.