It's time for Poser Service Release 4!  As always our focus is hunting down high priority bugs. A common question was about how the new Physical Surface Root node handles Transparency. Many users found it confusing. When we originally designed it we tried to stick to Cycles standards. That meant transparency was reversed from the way the original Poser root uses transparency maps. To fix this we've added options to make it behave the "old" Poser way and the new "Cycles" way. You can now choose how transparency maps are processed.

While we were working this over on the Physical Surface root we decided to add some features too. It now has Sub Surface Scattering built right into the Physical Surface Root node. It shows as 3 color depth controls. Setting any of them above zero turns on Sub Surface Scattering. With the 3 color controls you can tweak the scattering so different colors of light penetrate to different levels. This is just one of a long list of improvements and fixes in Poser Service Release 4.

To see more Service Release 4 improvements head to our website! 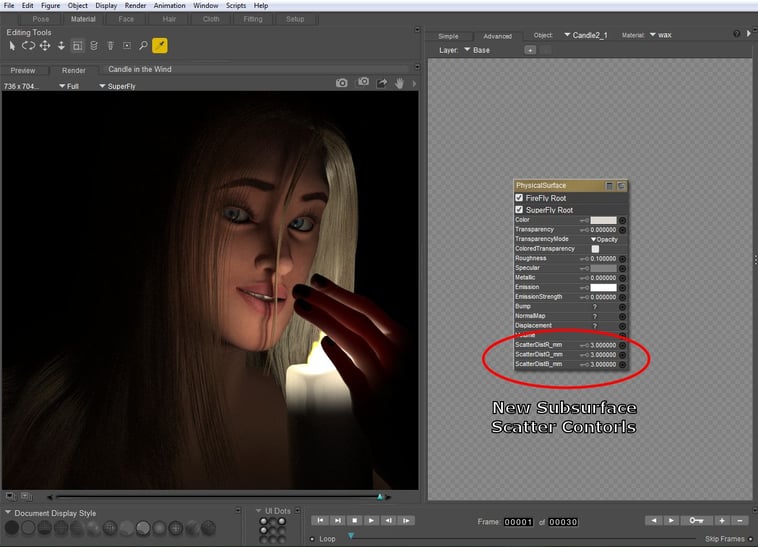