To Draw or Not To Draw... That is the Question 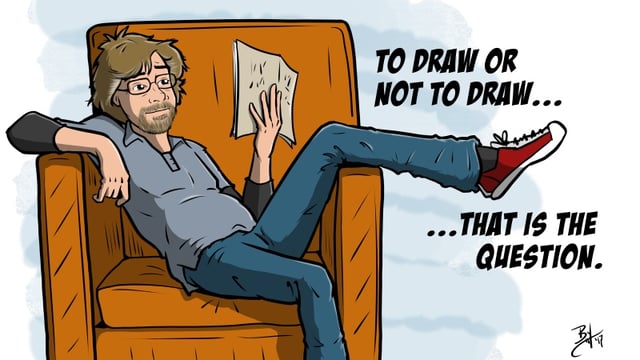 Artists, in general, lack confidence and/or the ability to self-motivate. I know; I have been a struggling artist for 10 years now. On top of that, drawing comics is my second career. I took up drawing at the ripe “old” age of 50. If you think it is hard learning to draw in your youth, try it later in life while you have work, family, and home issues to deal, which just adds to the challenge. But I managed, and I’m here today to relate to you how I taught myself to illustrate and draw comics. All with Clip Studio Paint.

First off, where I am today would not be possible without my sheer desire to draw, which, in a large part, is due to Clip Studio Paint, or Manga Studio as it was called when I first purchased it back in 2007. I downloaded several free demonstration versions of different drawing software packages back in 2007, but, for me, none of them felt like drawing on paper better than Manga Studio. I did try to draw traditionally at first, as I did have some art classes and lessons in my high school and college years, but that quickly went nowhere. The effort it took to scan in my hand-drawings into Photoshop, and then clean them up, was as painful a process as I’ve ever done, and I’ve witnessed child birth… three times.

The first thing I did after I purchased Manga Studio and a WACOM tablet was to start drawing my comic. I have always drawn in a Hanna-Barbera “Johnny Quest” type style, and my comic characters naturally came out that way. To say the least, the first year was nothing more than training myself how to draw, and how to draw digitally. Those were huge steps to take, and truthfully, they were very hard. I was constantly berating my art, and telling myself that I lacked the skills necessary to draw a good comic. But, because I set up a self-imposed deadline of producing my webcomic, I was forcing myself to draw on nearly a daily basis. With constant practice and studying other artist’s drawing techniques, I was beginning to hone my drawing skills.

I also joined Twitter and started to look for other webcomic artists. Most artists will gladly answer a direct question about technique or style, or where to find certain resources.  Today, YouTube is an INVALUABLE resource for reference material and video tutorials. I subscribe to many drawing channels on YouTube, plus, I have even purchased some video courses on drawing correct human proportions and character design over the years. Anything to help you improve your art and motivate yourself to continue to learn.

If you look through the archives over at my comic “1977 the Comic,” you will see that every year my drawings improve, as does my ability to write better scripts and design better comic panel layouts. I cringe looking at those early comics, but, they do stand as a great reminder of my progress. Now, 10 years later, I have accomplished a lot with my drawing career. I’ve been hired as a demo artist for Clip Studio Paint, and have picked up several large illustration projects from NASCAR, NBC Sports, and ad agencies in New York and beyond. I’ve successfully attended several major comic conventions in Chicago, New York, and Seattle, which not only bolstered my confidence, but also helped me network with other artists, and, more importantly, with paying customers. 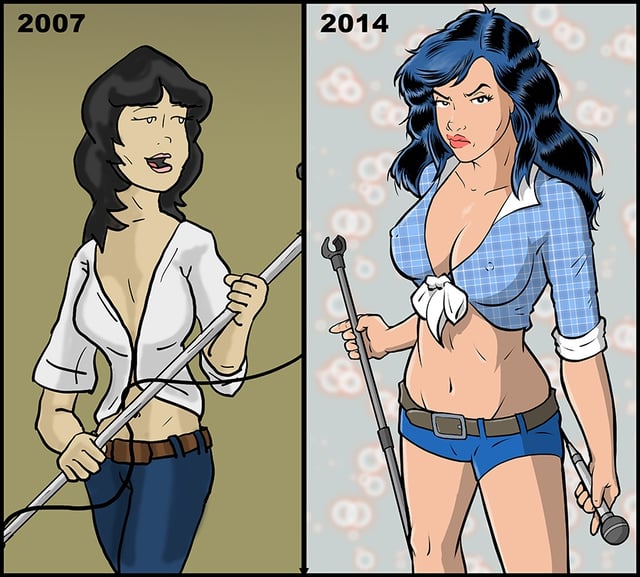 It will not come to you over-night. Rarely does anything in life come instantaneously. But, by developing your own method that helps you focus on your art and improve your drawing abilities, you will see results in one shape or another over time. Who knows, maybe a few years from now YOU will be writing an article about your path to success in drawing. 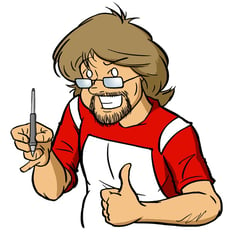 Byron Wilkins works primarily producing a webcomic, custom commissions, and illustrations for advertising agencies. Byron attends a few comic conventions annually to expand his freelance illustration business and meet his webcomic readers. Byron produces the webcomic 1977 the Comic about struggling musicians in the late 1970s. Additionally, Byron co-founded the Webcomic Alliance, a group of webcomic artists whose goal is to help out beginning webcomic creators.

You can learn more about Byron and check out his work on his website: http://tr1studios.com/