How to Create Motion Comics with MotionArtist

We asked illustrator and animator R.D. Ricci to tell us a bit about how he started creating motion comics and why he uses MotionArtist to put his art in motion.

END_OF_DOCUMENT_TOKEN_TO_BE_REPLACED

5 Ways to Make Your Animation Kickstarter Campaign a Success!

We asked Ryan Cooper, award winning director, artist, animator and all around funny guy, to tell us how he started his successful Kickstarter project for his new animation Sasquatch & Son.

The best way to get yourself out there is to make a video. It’s best to put a face to your project and there’s no better way to make your campaign approachable than to make a video. People like to see who they are buying from, this way they can make a connection. People like to know that you’re a real person and not a robot from another planet, (although if you’re a robot from another planet, that’s cool too).

Make sure you show enthusiasm. I can’t tell you how many videos I’ve seen where the people talking are just standing there looking bored. Make sure to move the camera around, stay loose, and be yourself. This is YOUR chance to tell people why your project is so great, have fun with it.

Kickstarter is about sharing, and what you’re sharing is an experience. People want to know who you are and what your story is. They’ll be more interested in becoming apart of your project if you tell them what you’re trying to do and what obstacles you’ve overcome in order to make your dreams a reality. Incorporate your story into your pitch, and people will connect with what you’re doing. Everyone loves someone with a dream!

A picture really is worth a thousand words. I know you’ve heard that phrase a million times, but it’s really true. There’s a design rule that says people tend to remember pictures better than words. So, whether it's artwork, photographs, or films, put some thought into what images you put up on your site. Let the pictures help sell your product.

As soon as you launch your Kickstarter project, people are going to be looking at those rewards. Make sure you put some thought into what you offer people and come up with some interesting gifts. In my case, I teamed up with Smith Micro and we were able to package several programs like Anime Studio Pro, MotionArtist, and Poser into our campaign.

The success of your Kickstarter campaign depends on your backers. So, when people come to your site, make sure you have text that tells them what exactly you’d like them to do. Make sure you remind people that you need their help to spread the word, and give them instructions on how to do so. Remember, Facebook, Twitter, Instagram, and Pinterest are your friends!

Whether you’re animating your magnum opus with Anime Studio Pro, or recording your band’s first album, crowdfunding has enabled many artists to see their dream projects come to fruition. If you’ve got an amazing idea, don’t be afraid to jump in! Be sure to look at other people’s experiences with Kickstarter for guidance, and go for it. While I’m still in the middle of fundraising my project Sasquatch & Son, I’m still learning myself. If you’ve had some success on Kickstarter, share it with us. We’d love to hear how you made your masterpiece.

END_OF_DOCUMENT_TOKEN_TO_BE_REPLACED 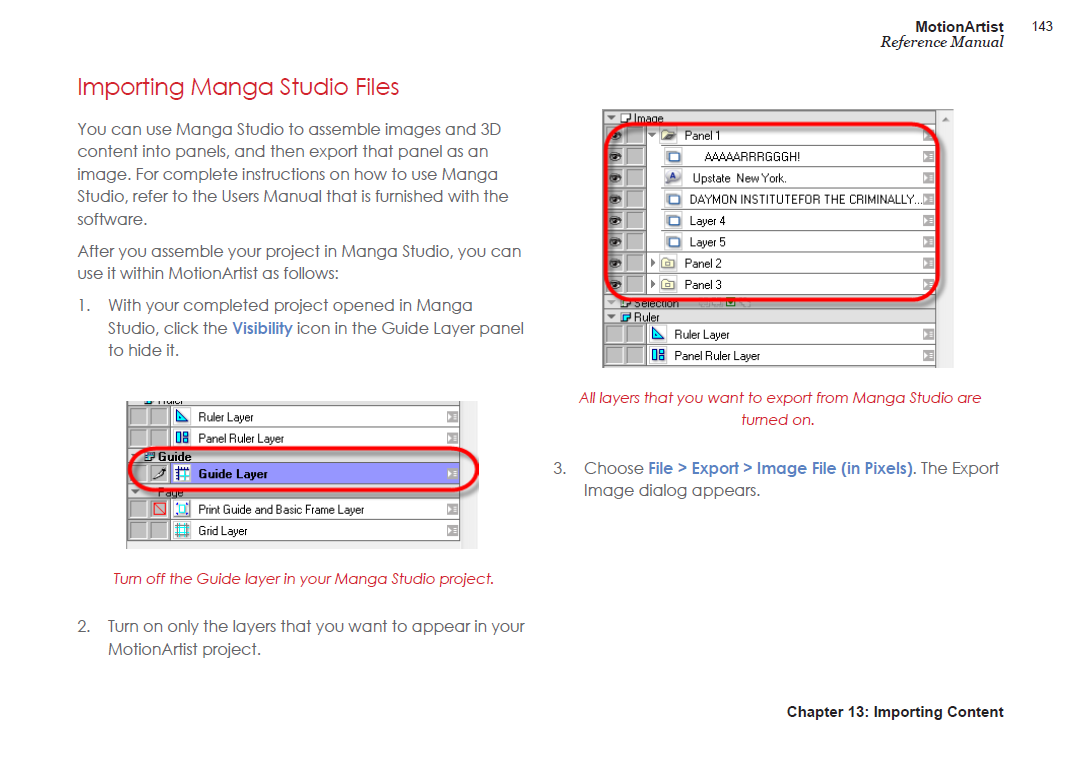 We know that many of you want to know how to import Manga Studio and Photoshop files into Motion Artist to create motion comics. Look no further!

END_OF_DOCUMENT_TOKEN_TO_BE_REPLACED

Have you ever dreamed of creating interactive comics, animating your own cartoon characters or rendering three-dimensional figures? Today is the perfect day to get a jump start on your artistic ambitions!

END_OF_DOCUMENT_TOKEN_TO_BE_REPLACED

Mother’s Day is this weekend, and if you’re still scrambling for gift ideas look no further! All moms love homemade art, so utilize your illustration / animation skills to create truly one-of-a-kind gifts.

END_OF_DOCUMENT_TOKEN_TO_BE_REPLACED

The Rise of Mixed Media in Digital Art

As digital media rises in the world of art, we see many artists engaging in mixed media. The line between traditional and interactive storytelling is beginning to blur as artists continue to incorporate 3D, 2D, audio, and animatic elements into their art. This movement has been adopted by novice and professional artists, alike. Although Anomaly and RWBY use 3D animation in Poser, they look as if they have been styled in 2D. Both Anomaly and RWBY use 3D modeling and paint over with a drawing program to get a mixed-media effect. Many artists whom use Poser to create amazing 3D figures later touch them up for a more photorealistic look. Peugeot Hybrid4’s The Hybrid Graphic Novel is a fantastic example of how a car company has taken the speed of their car and interpreted it into a motion comic with 3D elements. Car companies realize the significance of mixed digital media and its emergence into pop culture. Visuals draw viewers in and has become a prominent means of reaching audiences because of how engaging it is.

END_OF_DOCUMENT_TOKEN_TO_BE_REPLACED 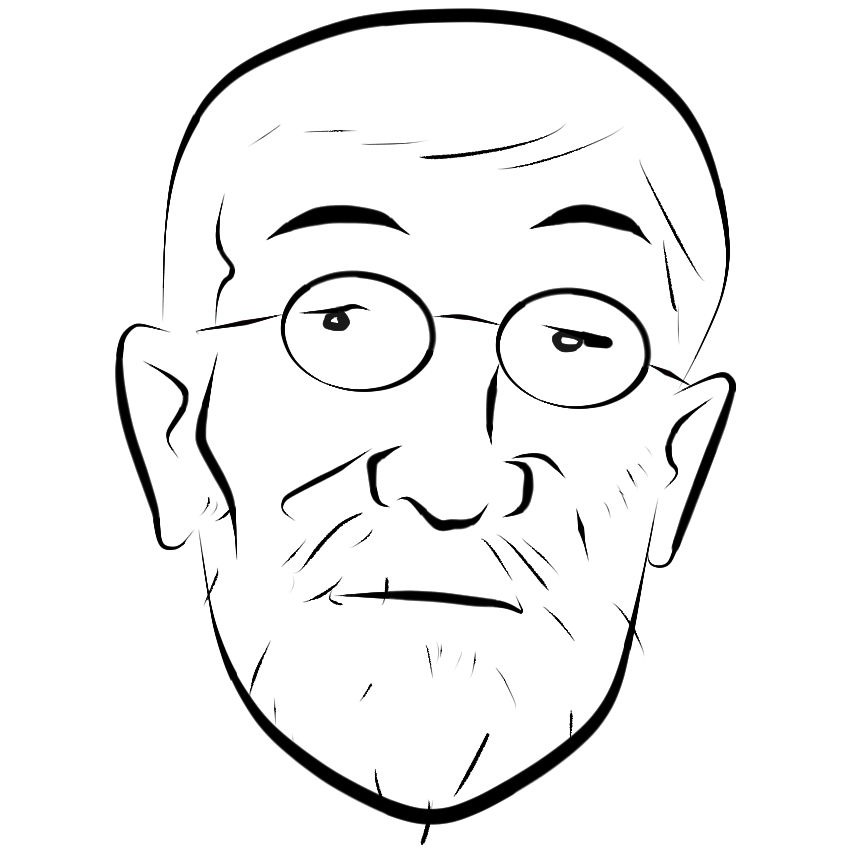 Hear what Glen Bledsoe, creator of Crazy Fly Comics, has to say.

END_OF_DOCUMENT_TOKEN_TO_BE_REPLACED

What Are You Waiting For? Christmas? Check Out MotionArtist Version 1.1!

Bring your comics to life more than ever with Version 1.1 of MotionArtist. "There are visual effect improvements, including default panel styles, sequence for blur and fade, improved arrange in 3D and auto-camera," MacTech stated. Karen Luk from PCWorld gave MotionArtist an amazing 4 out of 5 Stars! Until June 30, you can purchase MotionArtist for 15% off so don't miss out.

"MotionArtist is a great app for assembling, animating and deploying interactive comics and slide shows. As long as you have the means for creating the content (which can be as simple as a folder of photos), you can quickly put together a project that you can be proud of." – Trey Yancy, MacDirectory (page 54)

Check out two more examples on how to use MotionArt, "The Rise of MotionArtists" and ComicRocket Banner. Visit our MotionArtist page to learn more, buy or upgrade. We want to know what you think, so post on our Facebook page and tweet at us. Already got the update? Let us know how much you love it too!