Unity and Moho (Anime Studio) Pro: The Making of the Monster Mingle App

Note: This post was originally published in May 2015 and has been updated for accuracy and relevancy. For example, Anime Studio is now called Moho.

When Chris O’Shea and the team at Cowly Owl had the idea for their game, Monster Mingle, they decided to take advantage of the powerful animation tools in Moho Pro (Anime Studio Pro) in order to create it. With Moho, you can easily create fully animated content for your games, and with its FBX file support, effortlessly import them into Unity. By working with animated files for your game, you are able to achieve expressive, fluid movement that is hard to get otherwise.

Monster Mingle is Cowly Owl’s digital toy that lets children create their own monster, exploring a magical world full of creatures and surprises. It was created in part by Chris O’Shea with illustration & character design by Nick Stoney, animation by Wip Vernooij and sound by Resonate. Chris shows us how to animate using his team’s Moho and Unity workflow for creating Monster Mingle. 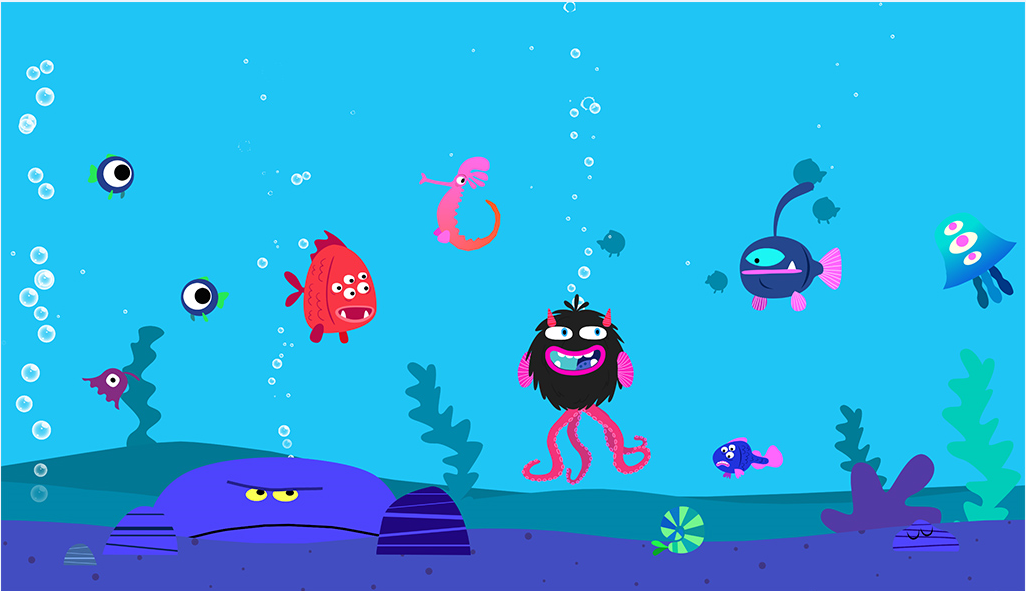 Chris and Wip decided to use Moho Pro on this project because the FBX export feature meant that they could bring the animations into Unity using rigged skinned meshes, rather than sprite based frames. Once they rigged and animated the characters and FBX files were imported into Unity, they trimmed the animations in the import settings, as well as adding scripts to the animation timeline to control events and sounds.

Where they could, they used Mesh Baker to convert the multiple meshes per model into 1 mesh and sprite sheet to cut down draw calls. Chris and Wip also used a double sided unlit shader on the models so that they could be flipped in the game. 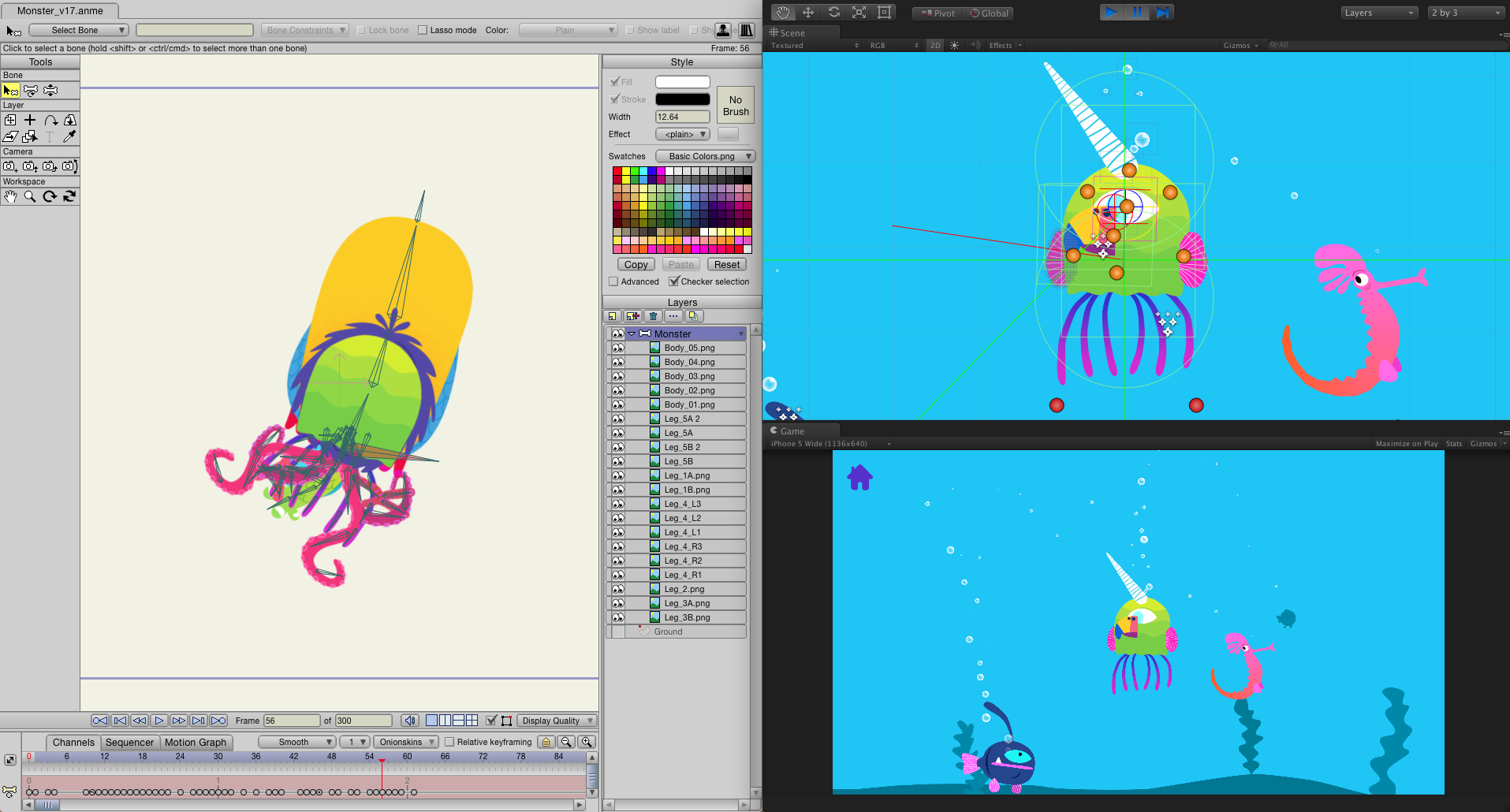 Screenshot of a monster in Moho (Anime Studio) side by side with Unity:

For the main character, the type of legs on the monster effects the movement animation of the body. By using Moho, Wip was able to animate all of the leg walk cycles with all of the bodies attached. In the game you can change the character's legs and bodies, so the controller code switches meshes on and off depending on the part chosen. Custom attachment code added further parts and animation to the body bones, attaching eyes, mouths, wings and horns. Mecanim was used to create a state machine for controlling all of the animations.

Both Chris and Wip enthusiastically said that Moho Pro helped them to achieve the look and feel that they were going for with Monster Mingle and that it was an invaluable tool in their game development pipeline. Because of the flexible integration with Unity, they also recommend that it be a part of any game developer’s toolkit.

Learn more about how Monster Mingle was made by checking out this ‘making of’ video showing Moho (Anime Studio) being used alongside Unity.

Want to try Monster Mingle? Get it here.

Moho Pro is a powerful all-in-one 2D animation tool to create cartoons and animations in minutes. Aside from game development, it has been used in animated shorts, TV commercials and full length films. It was recently used for its character rigging in the film, The Breadwinner, created by Cartoon Saloon™ which was nominated for an OSCAR® for Best Animated Feature Film.

OSCAR® is a registered trademark of the Academy of Motion Picture Arts and Sciences.