Have you ever wondered how PC video games were made or how to turn an idea for a game into reality? Wonder no more! Indie game developer Neil Jones explains his formula for game creation success in this 'Video Game Creation for Beginners' blog series. He'll go step by step in detail on how he used video game software, Poser 11 from conception to creation. In this post he explains steps 3 and 4: 'Concept Art' and 'Poser and the Concept Stage'. For information on the first two steps, 'The Idea' and 'The Games Design Document' , check out our previous post 'Video Game Creation for Beginners: Steps 1&2'.

Once you have the Games Design Document (GDD) in place you can then look at creating your concepts, 2D art of character, weapons and the environment which 3D modelers and level designers can use to create your game. With 2D concept art you get a feel as to how and whether or not the characters and environment will work together.

For example, your game needs a 6 eyed 10 legged monster, maybe you have a picture in your head of what you want, but if you asked 100 3D modelers to create it without concept art, you’d get 100 different versions. Remember, it’s far quicker and easier to change a 2D drawing/image then a textured 3D model.

Since my latest game was based off real historical events I was able to use actual weapon images and old, drawings, paintings, photos, maps and satellite images to base the character, buildings and environment from. Now if your game is a sci fi shooter, then it’s unlikely real world images exist so you’ll probably need to rely on drawn concept art.

Step 4: Poser at the Concept Stage

I discovered Poser after I already begun developing my last game and although I was past the concept stage, I saw the value in Poser’s Shaka Zulu character and various animals included as free content, so I decided to include them in my creation process. 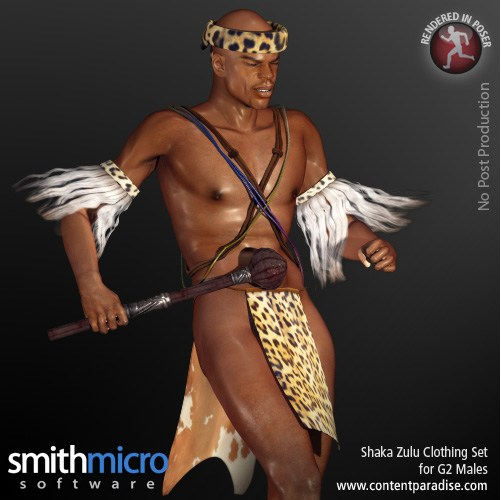 I realized the value of the morphs and clothing assets available with the Poser characters to create various unique game characters which could be evaluated even at the conceptual stage.

Whilst the game is past the concept stage, for future projects I intend to use Poser characters from concept and onwards. Why? Well, because I can:

Stay tuned for our next post on Steps 5 and 6 and learn how to start modeling and animating for your game! Hopefully steps 3 and 4 have given you plenty to work with.