Have you ever wondered how PC video games were made or how to turn an idea for a game into reality? Wonder no more! Indie game developer and Poser lover, Neil Jones explains his formula for game creation success in this 'Video Game Creation for Beginners' blog series. He goes step by step in detail on how he used video game software, Poser 11 from conception to creation. In this post he explains steps 7 and 8, Programming and User Interface. For information on Steps 1 and 2, see The Idea and The Games Design Document, steps 3 and 4, see Concept Art and Poser and the Concept Stage and for steps 5 & 6 see Modeling and Animating.

Once you have some base characters, animations and some accessories, you can look to start coding. If your game is both a single and multiplayer game I’d recommend getting your base code setup to work for characters in all game modes. With a solid foundation you can build your code up as your game and development progresses.

If you are not familiar with a task or it appears complex, maybe hold off and perform some easier tasks to increase familiarity and confidence. This may make the complex seem easier and help you identify alternative approaches with a complex task’s development.

If your game has some core functionality essential for the game then once you have your basics in place, I’d suggest that it's a good time to develop it. I’d rather spot issues at the start than be further down the track assuming some core component will work.  For example, perhaps the AI command and movement system is essential for the player to control the AI at their disposal. At this early stage is when it's best to develope the AI control and movement system for the player. 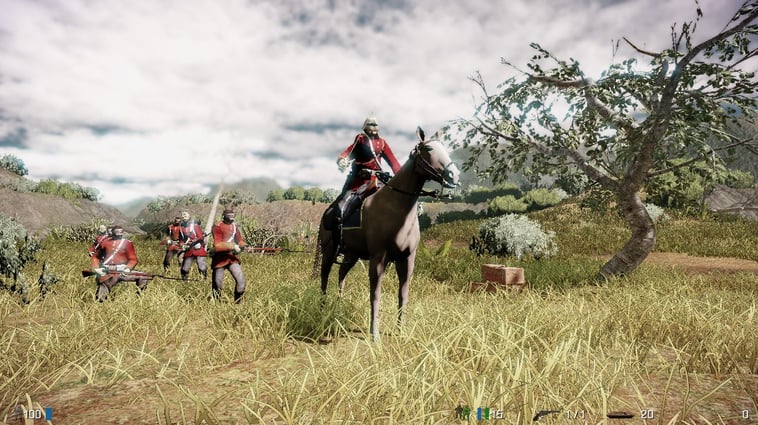 Screenshot from Neil's most recent game of player with British Soldiers.

After the core programming tasks for the characters and accessories were done, I then developed the in game User Interface and Main Menu.

Whilst the Main Menu and UI have evolved throughout this process, I wanted to make sure the UI and main menu was created early in the project. If you design them to be flexible then you can update them as the game progresses. For example, the main menu may have the appearance that it has undergone a lot of change when in fact there's just been a simple image change.

Stay tuned for our last post on steps 9 and 10 and learn what the final steps are in video game creation. Hopefully steps 7 and 8 have given you plenty to work with for now! For more information on how to import 3D characters and animals for game creation using Poser check out our Poser Uses page.