What Are Layer References & Why Are They Useful?

Anime Studio is quite unique in that its developers are constantly looking to its user base for suggestions on improvements. The Layer References feature is just one example of this. Many users asked for a way to control two or more “duplicated” layers at a time, as a result the Anime Studio team included it in Anime Studio 11.

Layer References are not a stand out feature that's easily recognizable in a final cut of a video, but it helps to animate faster, whether you are working solo or with a team.

Layer References allows you to duplicate layers while maintaining a connection to the original. This enables people to collaborate on a project and to work simultaneously, while easily making changes to respective stages of the pipeline. It also allows you to create more powerful rigs or create complex masking setups.

You can now duplicate layers that take on the properties of the original layer. This even extends past the initial creation of the layer.  For example, let’s say you have a rigged character.  When you create a reference of the character and then move the original character’s arm, the reference layer character will also move its arm!  If changes are made to any channel in the reference layer, that channel will act independently from the original, allowing for the creation of unique assets.  You can even reference layers across multiple documents, opening up new workflow possibilities for team based productions. 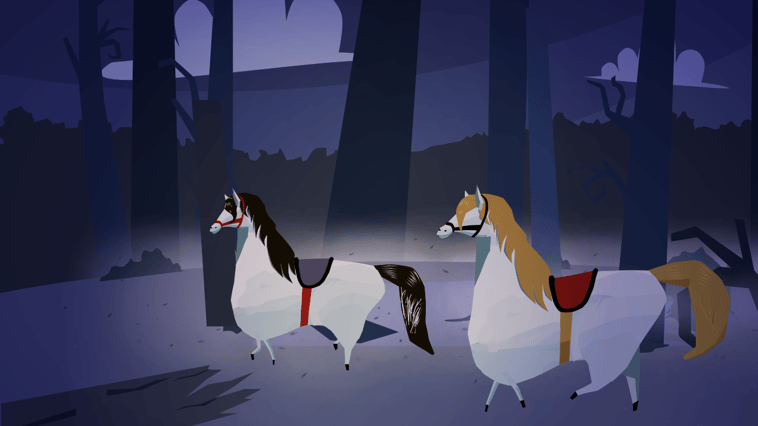 Both characters share the same animation, but the reference is offset, so they move at different times.

Team based projects are now easier to coordinate than ever.  With Layer Referencing, the original layer design can be in the artist’s hands, while the animator starts prepping a scene.  As the artist makes changes to the layer, the animator will receive the updates as they work on their document.  Let’s say the artist is working on a character.  When new additions such as Smart Bones, are applied, they blend seamlessly into the animated document. This allows for better project management and speeds up the animation process.

Check out this great Layer References tutorial made by Chad Troftgruben:

Looking for a good Anime Studio resource? Be sure to visit the Official Anime Studio Forum, Lost Marble, where many Anime Studio users collaborate and help one another!

What Will You Create?